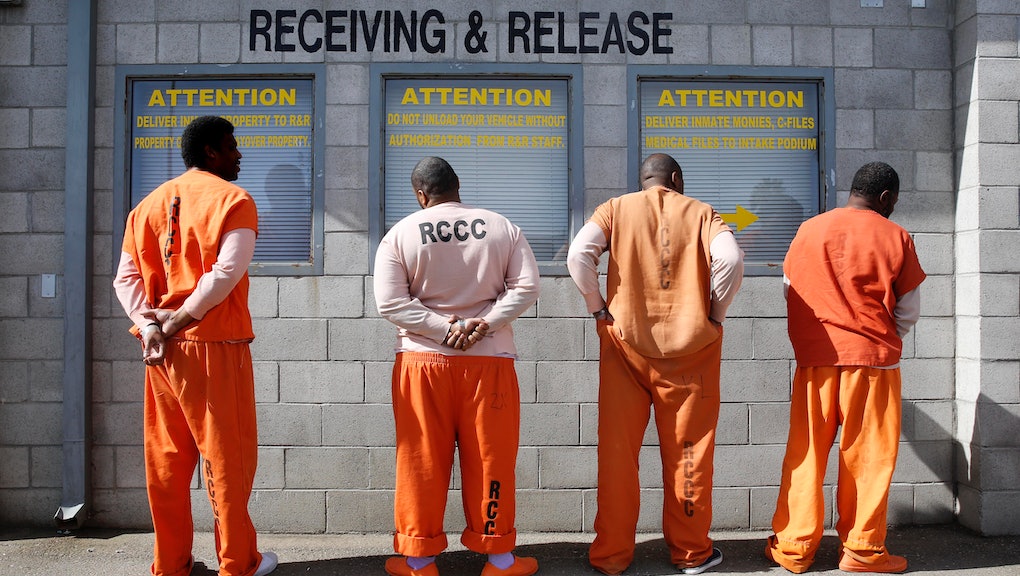 If last year's Eric Garner and Michael Brown cases showed us anything, it's that, whether or not most Americans are aware of it, racism is deeply embedded in the criminal justice system. Now, science has the evidence to back it up.

Even though most white Americans don't think the legal system contains racial bias, according to a recent study by Tufts University psychologists Samuel Sommers and Satia Marotta, even unconscious racism can "taint legal decision-making."

"All of us, regardless of personal ideology or professional oath, are susceptible to such biases, even when making life-and-death decisions," the psychologists wrote in the journal Policy Insights From the Behavioral and Brain Sciences.

The impact of racism, whether conscious or unconscious, ultimately seeps into legal decision making in three ways: "policing; the decision of district attorneys to press charges; and the conduct and outcomes of criminal trials."

Policing: There is solid evidence for the existence of racism within the country's police force. For example, of the four million stops made by the New York Police Department from 2004 to 2012, more than half of those stopped were African Americans and 31% were Latino. These percentages are a far cry from the city's population rates; African Americans make up 23% of the city's population, and Latinos comprises 29%. The racial bias is all but undeniable.

Pressing Charges: According to a 2014 Vera Institute of Justice study of criminal prosecutions in Manhattan, a person's race was found to be "a statistically significant factor at every stage" of the criminal justice process, "from setting bail to negotiating a plea deal to sentencing," the New York Times reported.

Outcomes of Criminal Trials: Whether or not anyone in the courtroom realizes it, racism affects the decision-making process and the resulting punishments for criminal charges. According to a 2008 study Sommers and Marotta cite, the more white people on a jury deciding the fate of a black defendant, the more likely it was that the defendant would be convicted.

Moreover, once the defendant was convicted, prosecutors were "more likely to charge capital murder, and seek the death penalty, in cases with black defendants and/or white victims."

With all of that evidence on the table, white Americans need to realize  that racism does indeed shape our justice system. So how can we fix that? Well, the first step, according to Sommers and Marotta, is simply acknowledgement. In other words, the first step in solving a problem, is admitting you have one. As Pacific Standard so aptly puts it, "no matter how noble our intentions, none of us is totally free of bias."