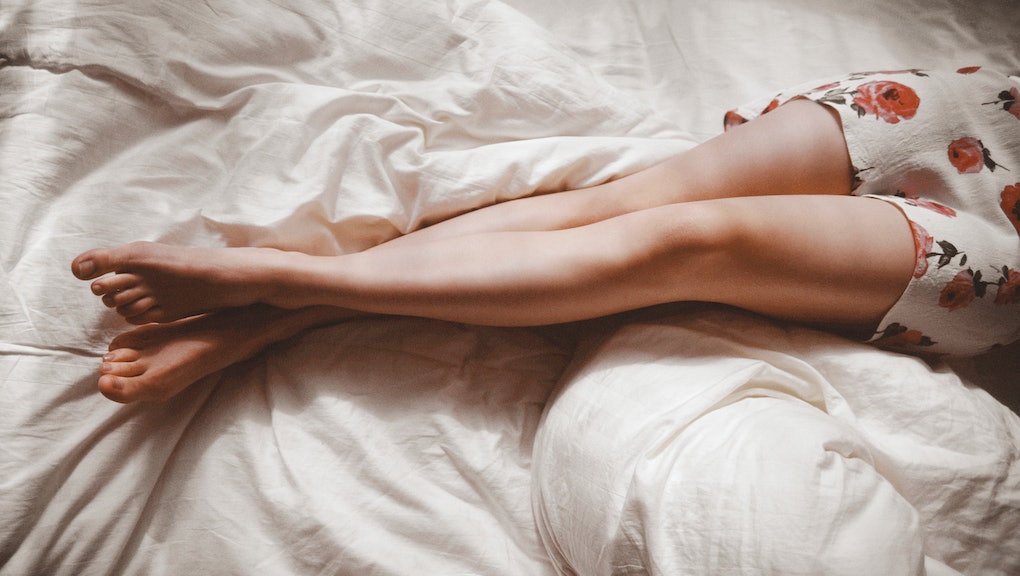 Things are getting messy in the debate about female ejaculation.

Not so, responds some women, however, who are calling bullshit on the findings, arguing that a seven-person study can't negate what they know from years of personal experience. Enter #notpee, the trending Twitter hashtag women are using to challenge the study and assert their own realities.

But this debate is about much more than the mechanics of female ejaculation — rather, it's about breaking down stigmas too often associated with women's sexuality.

In this context, shaming women for this natural and harmless act is nothing more than yet another way to shame them for sexuality. And the women of #notpee have had enough.

In short, an act that's normal for men is not only abnormal for women; it's also inappropriate and subject to censorship and stigma.

Science needs to take women's sexuality seriously. Stigmas surrounding female sexuality take extra strong hold when we don't even have the facts to correct them. When it comes to the "ejaculation vs. pee" debate, the fact is the science and medical community actually hasn't come to any consensus over what seems like a basic function of the female body.

Science papers published as recently as 2007 have had to wonder, "G-spot and female ejaculation: Fiction or reality?" And for all the studies and experts asserting that female ejaculation does exist, we still have doctors in 2014 saying it's just pee.

While science struggles to answer questions about female sexuality, so much of the female sexual experience is simple labeled "myths" — the G-spot is forever elusive, women don't actually crave sex like men, female ejaculation is nothing more than involuntary urination. The result is that women often feel left out of the conversation or misrepresented, with their real-life experiences invalidated or erased. Not to mention that most mainstream conversations on sex have historically been shaped from the male perspective.

Sex is about consent and pleasure, for both men and women. As one blogger put it: "Here's the thing about female ejaculation, whether you're on team #pee or team #notpee, a squirter or non-squirter, or a partner thereof: JUST ENJOY SEX. There's enough shame in sex, even without the Great Ejaculation Debate."