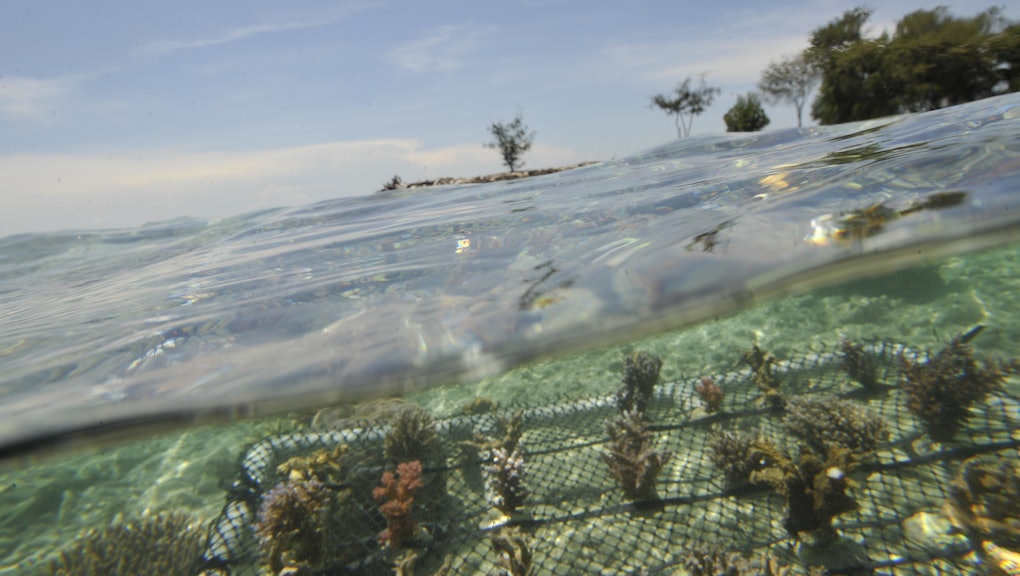 The world's oceans are bad and getting worse.

"A team of scientists, in a groundbreaking analysis of data from hundreds of sources, has concluded that humans are on the verge of causing unprecedented damage to the oceans and the animals living in them," the New York Times reports.

"We may be sitting on a precipice of a major extinction event," said Douglas J. McCauley, an ecologist at the University of California, Santa Barbara, and author of the new research, which was published on Thursday in the journal Science.

Fragile ecosystems like mangroves are being replaced by fish farms, which are projected to provide most of the fish we consume within 20 years. Bottom trawlers scraping large nets across the sea floor have already affected 20 million square miles of ocean, turning parts of the continental shelf to rubble. Whales may no longer be widely hunted, the analysis noted, but they are now colliding more often as the number of container ships rises.

Yes, this sounds bad: That's because it is! Humans have "profoundly decreased" the abundance of marine life both large and small, from whales to anchovies, the study's authors explain — and that's having a dire effect on our ocean ecosystems around the planet.

And no, this isn't just some "Save the Whales" crap: This will hurt us, too. "Humans are intensely reliant on ocean ecosystems for food and other ecosystem services. We are deeply affected by all of these forecasted changes," the authors note.

Even worse news: Despite the grim conclusion of the scientists involved in the study, at least there's some good news: The oceans aren't nearly as fucked as terrestrial habitats!

On the upside, this risk of mass extinction for ocean life could be "within the reach" of human institutions — assuming we start getting our act together right now.

An earlier version of this article cited New York Times reporting, but did not include quotations around the cited passage. The story has been updated to fully attribute the New York Times' language.