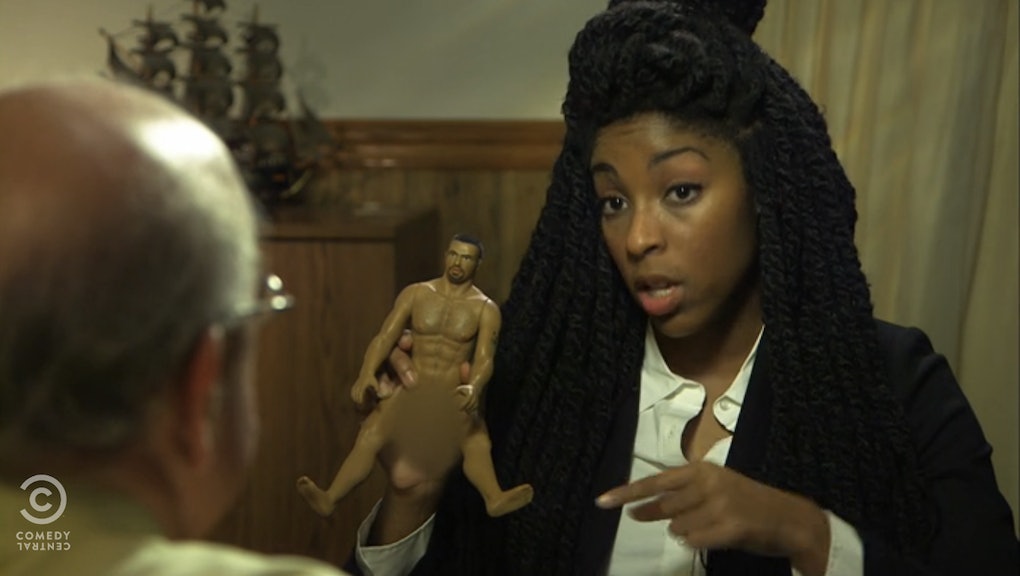 Abortion Court is in session.

Yes. In the wonderful world where fetuses are persons, they can also, thanks to an Alabama parental consent law called HB 494, acquire legal assistance to prevent their termination.

Signed into law just last year, HB 494 says that if a minor seeks an abortion without the consent of her family, the family or the state can put her on trial, "even if that means disclosing her pregnancy to people in her life who didn't previously know about it," Tara Culp-Ressler explains at ThinkProgress. "Alabama may also hire someone to represent the fetus' 'best interests' in court."

Williams' segment not only proves that HB 494 is absolutely ridiculous, it also reaffirms that the pro-life movement is misogynistic, and that states like Alabama have written misogyny right into state law.

Williams' questions point to one glaring truth about the pro-life movement: Fetuses aren't people. Not only are they not people, but they cannot speak, which is why her questions are freaking hilarious:

Williams: "You get a call from a fetus seeking legal representation. Then what happens?"

This one clip reflects the entire strategy of the pro-life movement: The fetus, as Williams showcases in her barrage of questions, must be represented by someone who is a real, live person. In protest placards, for example, pro-lifers give speech to fetuses by using bubble quotes.

Not only is HB 494 ridiculous, it values the fetus not only above women's lives, but above all lives. As Alabama ACLU executive director Susan Watson notes in the segment, Alabama doesn't allocate any funding for a statewide public defender system — but they do maintain a fund to defend fetuses.

Williams brilliantly unpacks the hypocrisy of Alabama's law, a state which received a "F" rating from NARAL in their January 2015 report card on women's reproductive rights. While the ACLU filed suit against this law back in October, there has yet to be legal change. Thank goodness the women of Alabama have Jessica Williams to speak for them.