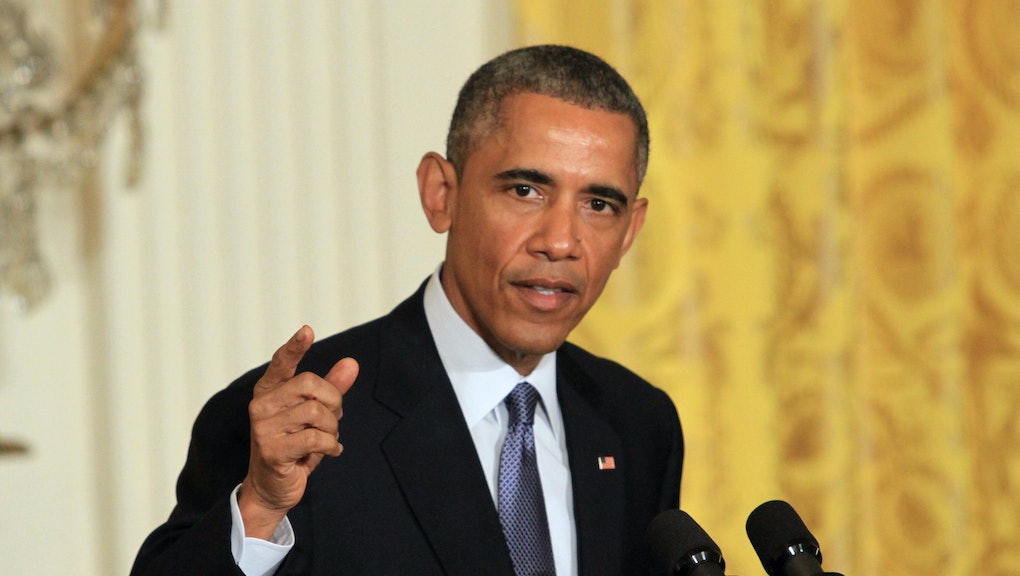 President Barack Obama will use his State of the Union address Tuesday to call on Congress to fund a series of tax cuts for the middle class by raising taxes on the wealthiest taxpayers and largest financial institutions, senior administration officials announced Saturday.

Obama's vision of "a simpler, fairer tax code" will include "a new strategy to simplify our complex tax code, make it fairer by eliminating some of the biggest loopholes, and use the savings to responsibly pay for the investments we need to help middle class families get ahead and grow the economy," the administration announced.

Altogether, the new tax benefits for middle-class families would cost $175 billion over 10 years, according to the administration. This is on top of the $60 billion price tag for Obama's proposed plan to make community college tuition free for two years for millions of American students.

To finance the tax cuts for middle-class families, Obama's proposed reforms include closing the trust fund loophole that benefits the wealthiest Americans, raise the top capital gains and dividend rate back to 28% and reform financial sector taxation to make it more costly for the biggest financial firms to finance their activities with excessive borrowing.

Will it happen? Probably not. As the New York Times notes, the administration's tax proposal faces "long odds" in the Republican-controlled Congress, led by lawmakers "who have long opposed raising taxes and who argue that doing so would hamper economic growth at a time the country cannot afford it."

But with the 2016 presidential race slowly taking shape and Obama's second term slowly marching to its conclusion, it's likely he may use his final years in office to make a last push for a major legislative package and solidify his legacy beyond the controversial health care law that bears his name.

Since the Republicans took back the Senate in the 2014 midterm elections, Obama's been flexing his political muscles: pushing immigration reform through executive action, resuming diplomatic relations with Cuba for the first time in half a century, even renewing a push for paid sick and family league for private-sector workers.

The tax break proposal, if anything, is a shot across the bow to the Republican-controlled Congress. As Politico's David Nather writes, Obama will use his State of the Union address "to stake out a populist vision of tax reform and new middle-class benefits — and practically dare Republicans to say no."