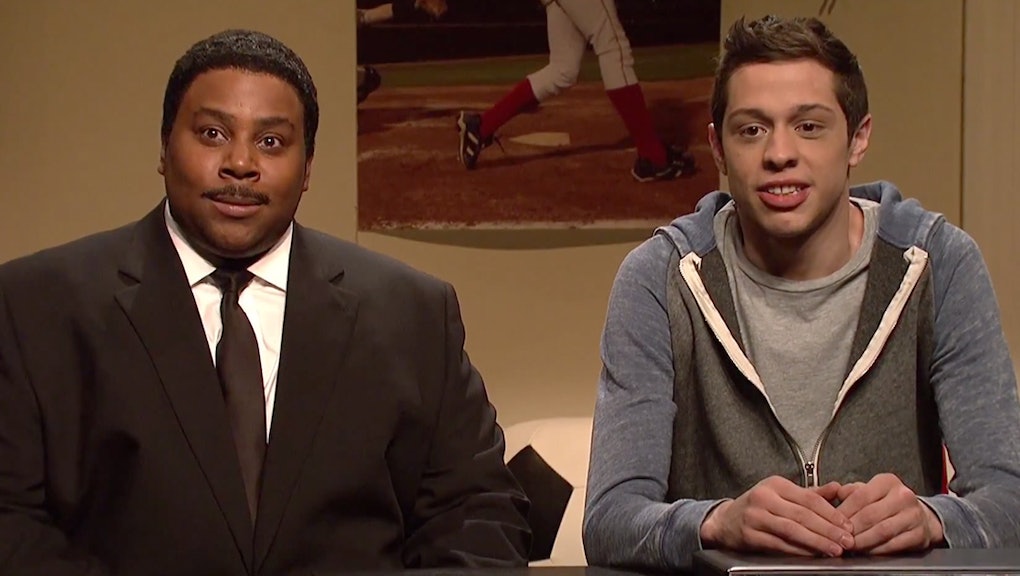 Leave it to a comedy sketch show like Saturday Night Live to remind us what Martin Luther King, Jr. Day is actually about.

During the cold-opening of Saturday night's SNL, Keenan Thompson took on the role of Dr. King visiting a present day student trying to finish up his essay on the civil rights leader. However, as the boy fills Dr. King in on what America looks like in 2015, two things become clear: There's still a lot of work to be done, and most Millennials aren't doing much to help.

Fading memories: As the sketch shows, not only are millennials generally less informed on King's civil rights legacy, which might be why more 20-somethings are turning to on-screen history lessons), but they're also sadly under-informed as to how much progress King made and how little we've relatively made since then.

Take a look at some of the conversation:

"Well, what do you know about me so far?" King's ghost asks.

While also discussing the more recent race protests in America during the past few months, the teen is left telling King's ghost that people like Macklemore have somehow become the de facto leaders of these conversations, even though "he's like the whitest dude on Earth."

Millennial activism? Perhaps the most bitting point made during the sketch was a line the teenager told King's ghost about protesting in 2015, saying:

"Oh yeah, I definitely protested, it's really easy now. You just take your phone here, push this Twitter button, then type in '#IAmFerguson' or '#WereAllBlack' or '#Blessed' and then you're done."

While the merits of hashtag activism have been debated, historically they've shown themselves to have short lifespans and too easily fade away when the Twitter-sphere almost inevitably loses interest or moves onto whatever else is trending next.

More recently, in the wake of the shooting deaths of Eric Garner and Michael Brown, Americans have been taking to the streets and social media with #BlackLivesMatter to demonstrate their dissatisfaction with the current system. And while many people have actually marched in the streets to make their voices heard, many more are simply attaching a hashtag to a tweet or Facebook post in the arguably misguided belief that it will effect change.

Of course, this isn't to say that every online hashtag post is just an empty gesture, but as SNL points out, this type of screen-focused mentality tends to pair itself with a weak understanding of social history and civil rights progress. Additionally, while this is just a comedy sketch, the best jokes are often the most accurate and aware, and this hits both those notes perfectly.

It's one thing to watch a movie about King, it's something else entirely to truly understand his sacrifices and realize how much work there still needs to be done. And #Blessed simply isn't going to cut it.