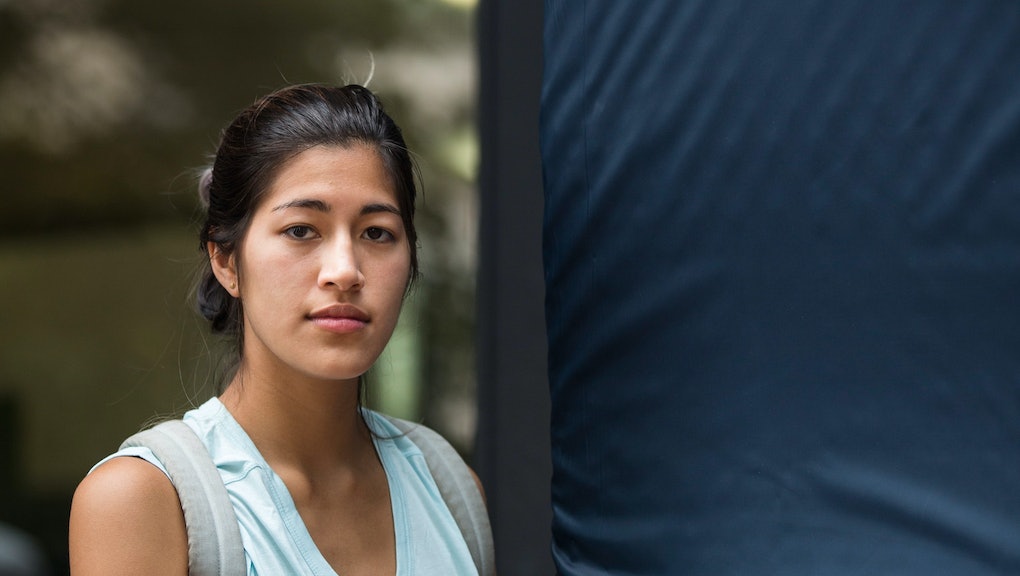 An invitation to attend the State of the Union is a great honor. The presence of guests can also, however, be a political strategy employed by politicians to humanize the issues for which they fight and to demand public attention.

This year, it appears that one famous Columbia University senior, Emma Sulkowicz, will attend the State of the Union for just this purpose: to demand attention be paid to the pressing issues of campus sexual assault.

Sulkowicz has gained attention last year for what she has described to the Columbia Spectator as an "endurance performance art piece" titled "Carry That Weight," in which Sulkowicz will carry her mattress with her to all of her classes until her alleged rapist is either expelled or leaves the school.

The project, which also serves as her thesis, has inspired widespread activism on Columbia's campus and beyond.

The senior will attend as the guest of Sen. Kirsten Gillibrand, a leader in the fight to address campus sexual assault. Gillibrand helps head a bipartisan coalition aiming to address campus sexual assault and has been valiantly pushing for the enactment of the Campus Accountability and Safety Act. This act, according to Gillibrand's website, will "create incentives for schools to take proactive steps to protect their students and rid their campuses of sexual predators."

Gillibrand presumably hopes Sulkowicz's presence will remind State of the Union attendees and viewers alike of the salience of addressing campus sexual assault on a national level and, furthermore, to redirect the national conversation about higher education from cost to safety and equality.

While President Barack Obama recently announced a plan to offer Americans two free years of community college, Gillibrand told the Daily News that she hopes he also addresses "working with our bipartisan coalition in Congress to make campuses safer, too" and said that it's necessary for Obama to "shine a national spotlight on the need to flip the incentives that currently reward colleges for sweeping sexual assaults under the rug."

Considering that as many as 1 in 5 women experience rape during college and that 94 colleges are currently under investigation for Title IX violations, Gillibrand and Sulkowicz's efforts to bring national attention to this issue are clearly warranted and will hopefully be recognized at tomorrow's address.