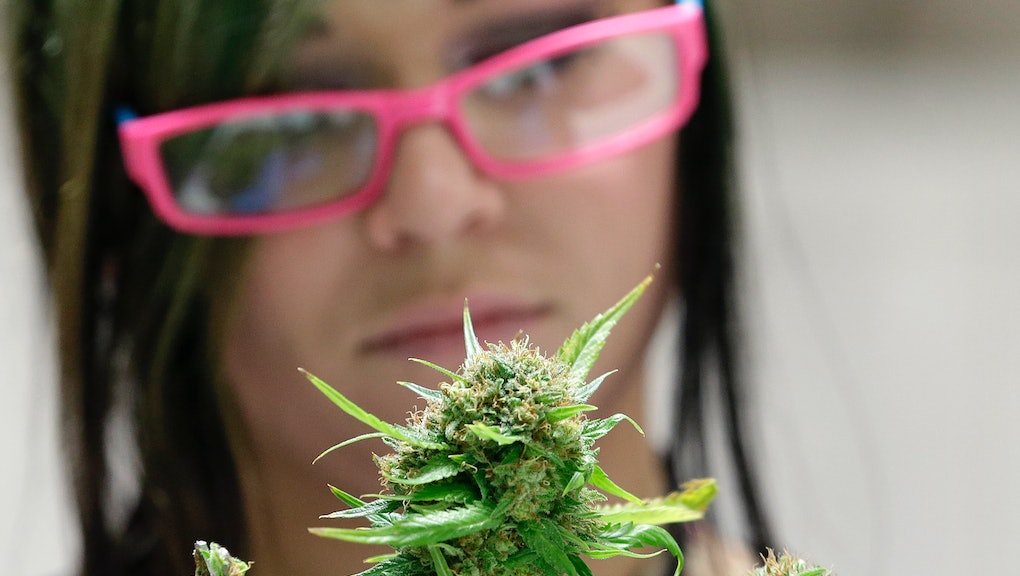 If Vermont legalizes marijuana, the Green Mountain State could see a major influx of green.

The report: The RAND report suggests that if Vermont legalized marijuana and taxed the product aggressively, tax revenues from sales to Vermont residents "could be in the tens of millions of dollars annually." The demand is certainly there: The report estimates that during 2014, Vermont residents likely consumed between 15 metric tons and 25 metric tons of marijuana and spent between $125 million and $225 million on the drug.

This fits with the legalization experiences of other states. Colorado brought in $36.5 million in tax revenue through the first 11 months of 2014, all thanks to medical and recreational marijuana, while four months after the sale of recreational marijuana began in Washington state, legal sales are projected to bring in about $60 million more in revenue over the next five years than originally thought.

To that end, the report breaks out 12 ways a state can regulate the supply of marijuana, including maintaining prohibition but reducing penalties, full commercialization currently tested in Colorado and Washington, maintaining prohibition and increasing penalties, and repealing prohibition without passing any kind of regulation of the marijuana industry. Each of the 12 paths offers different benefits and risks to public health, government control of the industry, the ability to generate revenue and the level of conflict with federal law.

Now what? No proposals to legalize marijuana have been introduced in the Vermont legislature just yet. But thanks to the RAND report, such initiatives could pick up steam in the coming months.

"Our conversation about whether to legalize marijuana must be rooted in facts and be transparent about the uncertainties. This RAND report will serve as a critical foundation for our ongoing discussion about the best course for Vermont," said Gov. Shumlin. "I continue to support moves to legalize marijuana in Vermont, but have always said that we have to proceed with rigorous research and preparation before deciding whether to act. This report will help us do that."

An earlier version of this article cited RAND information, but did not include quotations around the cited passage. The story has been updated to fully attribute the RAND language.