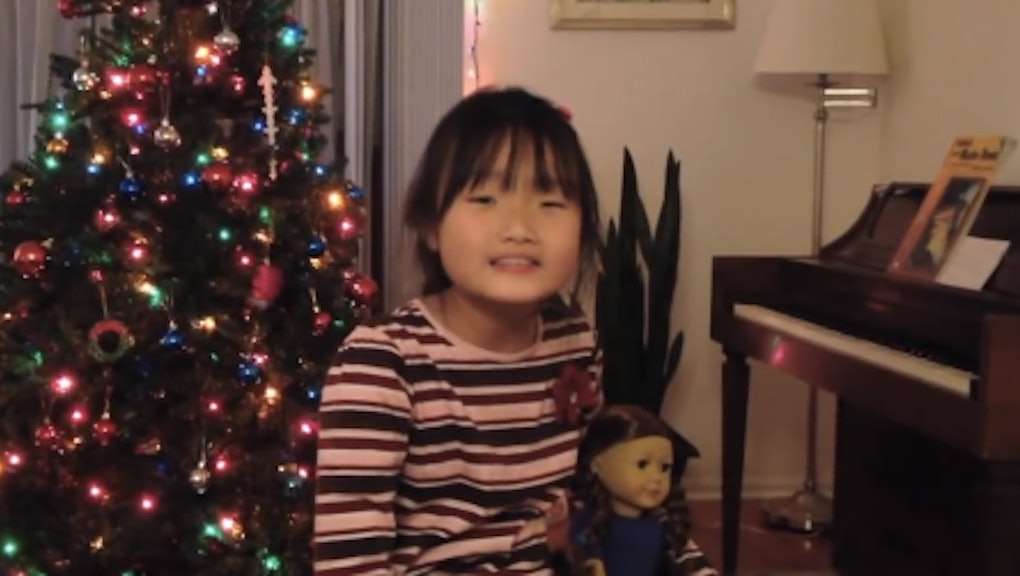 Growing up with muscular dystrophy, 11-year-old Melissa Shang has faced her fair share of challenges. But the middle schooler is hardly willing to let her disability dictate her life.

The precocious adolescent is taking action, along with her older sister Eva, to raise awareness about the experience of living with a disability by co-authoring a novel featuring a young protagonist with muscular dystrophy.

The sisters' activist journey started last year, when they launched a Change.org petition asking American Girl to release a disabled "Girl of the Year" doll. American Girl dolls are typically sold with books that describe how the character has overcome adversity, and the sisters hoped that the company would take the opportunity to raise awareness about the experience of living with a disability among the children who love their dolls. Despite gathering more than 140,000 signatures, American Girl failed to respond and decided that their 2015 limited edition "Girl of the Year" would be Grace, a baker with an entrepreneurial spirit.

Rather than accept this setback, Melissa and Eva took matters into their own hands. "Since American Girl hasn't promised to tell the story of a girl with a disability," Melissa told Mic, "I thought I might as well write the book myself."

Melissa and Eva believe writing a novel that represents a relatable character living with a disability is the key to raising awareness about and reducing stigma surrounding the experience.

"Girls with disabilities have the same dreams and feelings as other girls, and even though we may sit in a wheelchair or not have the same physical abilities, we're just like other girls on the inside," Melissa said.

"You can write about a main character who uses a wheelchair and have it still be relatable — because kids who happen to have disabilities are first and foremost, still kids," Eva said:

I think people often see kids with disabilities as merely pity cases, just because that's how they're represented so often in books and media. When we're walking in the street, and people stare at Melissa's wheelchair with a mixture of sympathy and curiosity, we know that they're just not used to depictions of people with disabilities and think of them as fundamentally 'other.' In reality, as my sister proves every day at school  and especially through her American Girl petition, kids with disabilities can change the world, just like anyone else can. Everyone is interdependent and faces different challenges — having a disability doesn't make you any less of a person able to make a change.

But to accomplish this, the sisters are in search of financial help. They recently launched a Kickstarter campaign and Change.org petition and hope to raise enough funds to self-publish the book. Should a publisher express interest and take them on, hey'll gladly donate the money they raise to the Muscular Dystrophy Association to support summer camps for children with neuromuscular diseases.

The sisters hope that this book will help change the dialogue around disability for a generation of children and encourage a proliferation of more accurate representations of what it's like to live with a disability.

Ultimately, Melissa said, she hopes that "when other kids read my book, they'll understand better what it's like to have a disability, while also realizing that kids with disabilities are just like them."