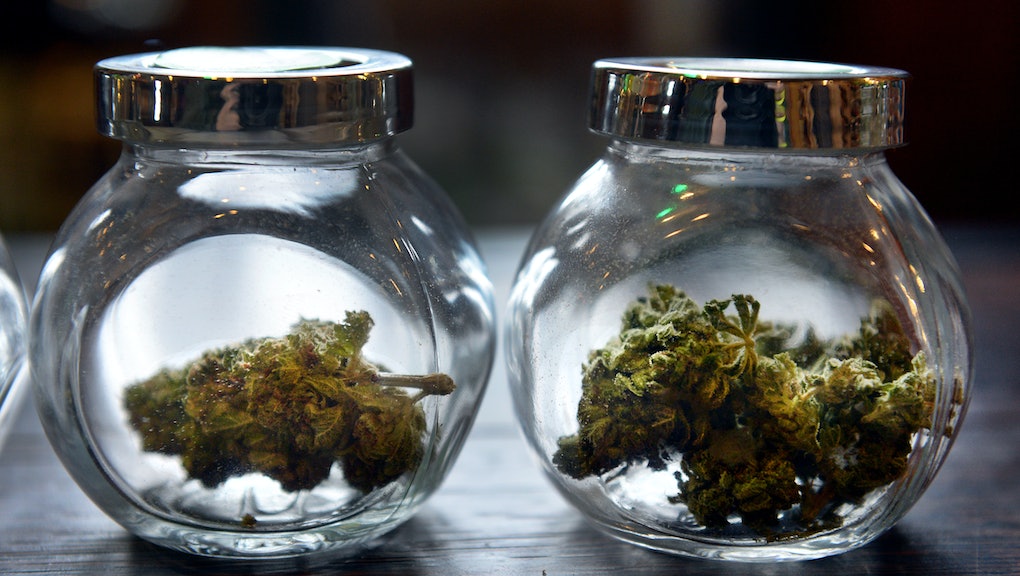 That's what an unnamed Denver police officer told CBC's Reg Sherren, who traveled to Colorado to assess how marijuana legalization had impacted the state in the one year since it was legalized.

The officer's quote is telling: Contrary to the myths promulgated by opponents of marijuana legalization, states like Colorado and Washington that have legalized recreational use have not devolved into lawless hellscapes after all.

Crime is down: Marijuana-related arrests, which made up almost 50% of all drug-related crimes as of 2012, plummeted in Colorado in the first six months of legalization in 2014. According to government data, serious crimes have declined in Denver: The murder rate has dropped 24.4%  from 2013 to 2014. Violent crime in general declined by more than 1%, and major property crimes are down 8.1% (without counting unresolved cases).

As Vox's German Lopez noted, nothing went "horribly wrong" in the first year of legalization. Fatal traffic accidents fell to near-historic lows, according to an analysis from the Washington Post's Radley Balko. And while there was a small increase in emergency room visits for children related to edible pot, the incidents were not enough to sound the alarm.

In 2012, as voters decided whether or not to legalize marijuana, Douglas County Sheriff David Weaver told voters to "expect more crime, more kids using marijuana and pot for sale everywhere." If Colorado's crime data (and the anecdotes of the police officers patrolling the state's cities every day) are any indication, legalization hasn't ruined the Centennial State — in fact, it might be making it better off.