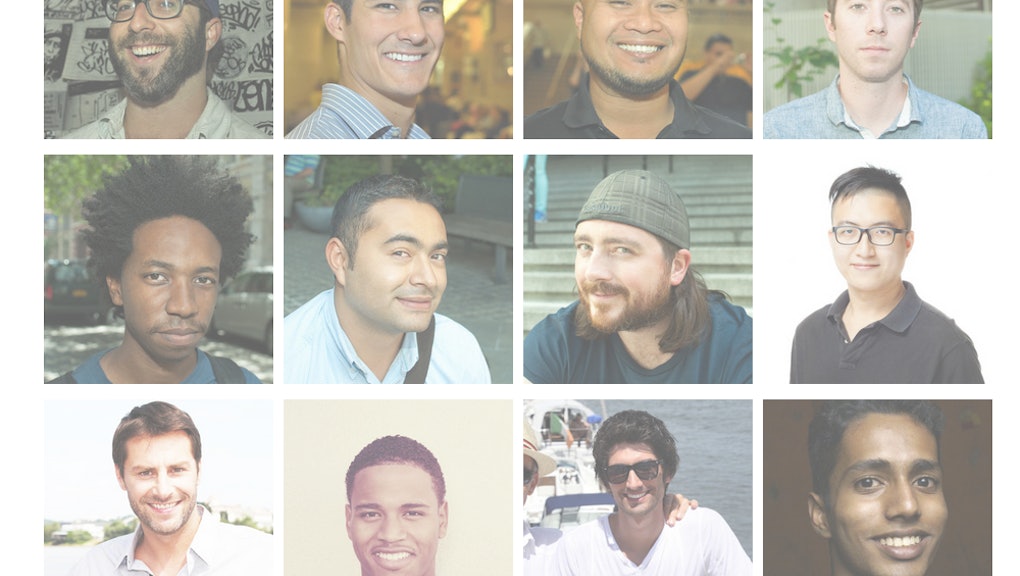 What on the surface sounds like the latest entrant to the world of online dating actually does away with the need to date at all. According to BetaBeat, Invisible Boyfriend is an online service that fabricates significant others for its users, complete with photos, backstories and even real text messages.

"Our inaugural service is $24.99 and includes 100 texts, 10 voicemails, and 1 handwritten note," cofounder Kyle Tabor told Betabeat. Those messages all supposedly come from a phantom "boyfriend" with a name, age, photo — using from real people's selfies, not stock images — and personality traits chosen by the user.

So why would one need a fake significant other? Invisible Boyfriend's answer, as explained on their website, is "to help those in want of a tailored, accessible boyfriend to avoid awkward social situations and questions."

But the mentality the site channels is that being single is a risky status to be avoided at all costs. That thinking is a stigma many single people already face, and buying a fake boyfriend is definitely not the way to end that stigma.

Reinforcing the shame of being single: The notion that being coupled off is inherently superior to being single is suffused throughout our society, and not just in romantic comedies and TV shows like The Bachelor. Weddings are celebrated as life achievements, while crossing that invisible marker in your 20s without a significant other makes you the subject of pity, not to mention offensive comments questioning everything from your commitment to dating to your too-high standards.

And it's not just about negative attitudes. So-called discrimination against single people is baked into the system, from insurance policies and taxes to housing costs to hiring. "We just don't much care whether we're married or not," Lisa Arnold and Christina Campbell, cofounders of Onely, a blog about being single, wrote in the Atlantic. "But governments and corporations do."

It's unfair and also unrealistic — being in a relationship isn't inherently better than being single — but instead of fighting that stigma, Invisible Boyfriend and its sister site, Invisible Girlfriend, play right into that.

Signing up for a fake significant other can't give you tax breaks or a better insurance policy, but, as Invisible Boyfriend cofounder Matthew Homann told BetaBeat, "We really think people signing up are filling a meaningful void." A void they probably feel, in part, because society is constantly reminding them how much better it would be to have a boyfriend.

[Homann and Tabor] suggested a host of very legitimate potential use cases, from soldiers overseas "without a girl back home," to employees seeking a way to fend off a coworker's unwelcome advances.

"Or," the website adds, "you're too invested in work to pursue romance."

Let's see. Unwelcome sexual advances? The solution to unwanted sexual advances isn't tricking the aggressor into thinking you're taken but conditioning people to not view single people as targets — and to not ever make sexual advances that are unwelcome in the first place.

As for having your sexuality questioned, it probably goes without saying that lying — with a fake significant other or otherwise — is a convenient Band-Aid for a deeper issue among family or friends.

And too invested in work? We'd hope most people don't have to apologize for pursuing work over a relationship, although "singlism" in the workplace is a real phenomenon.

Homann concedes that the service is just one short-term fix for the bigger problem of single stigma. "I think there are lots of people who are completely OK not being in a relationship," he told Mic. But for those who aren't, the pressures society puts on them can be uncomfortable.

"It's not about the judgement. It's about giving the people who feel a need to use something like this an 'out,'" he said of the service. "We're really trying to help people deal with this relationship pressure."

Finding fans: Despite — or perhaps because of — the troubling stigma powering Invisible Boyfriend, the service is finding fans. The company started in 2013 with Invisible Girlfriend, which was launched at a Startup Weekend competition in St. Louis.

Now the sites are connected and finding early success. "As far as users, we've had over 6,000 people apply for the beta service, with nearly 60% of the beta applicants outside of the U.S.," Tabor said.

Homann added that people have been surprisingly interested in the interactive aspect of the service, including the ability to text back with your "invisible significant other" and get a real human response. "There are people who just want to have this person to talk to," he said.

UPDATE: This article has been updated to incorporate additional comments from site cofounder Matthew Homann.