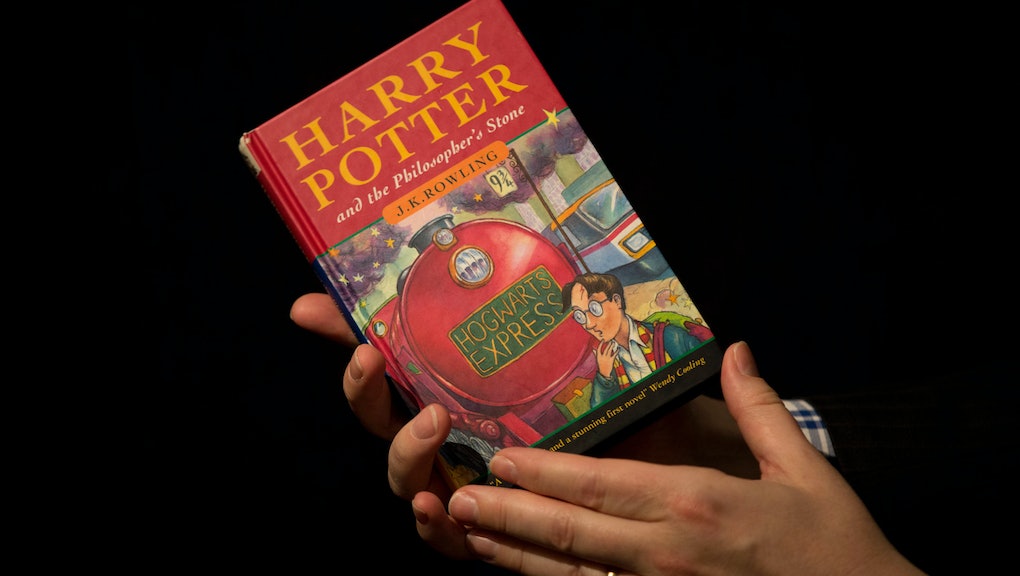 Potterheads have banded together to champion the fictional boy wizard's ideals in the Muggle world.

The victory was the culmination of a four-year campaign by the group. It means that by the end of the year, Warner Bros. Entertainment will no longer purchase cocoa from Florida-based Behr's Chocolates, a company with ties to child labor and human trafficking.

It may seem like a small triumph to some, but as Henry Jenkins, a media scholar who came up with the term "fan activism," told Yes magazine, the win is "without precedent."

"This goes beyond raising money and donating books," Lauren Bird, a representative for Harry Potter Alliance, told Yes. "This is over four years of creative organizing, educating, collaborating and negotiating. For the HPA, this is a validation of fan activism, the idea that fans of stories can work together to effect change in the real world."

The Harry Potter Alliance sprung out of a desire to see the visions of its hero — fighting for those less fortunate — at work in the real world. The campaign against slave labor is the latest in a string of triumphs for the group, which also focuses on issues like net neutrality, LGBTQ equality and economic inequality.

Yes reported the group also raised more than $120,000 in relief money in 2010 after the massive earthquake in Haiti and has collected more than 200,000 books for libraries across the globe.

"We're changing the world by making activism accessible through the power of story," they write on their website.

It's a new frontier for activism. Wins like these are by no means a guarantee that problems like human trafficking and child labor will be eradicated. But they do represent a tantalizing look at what's possible when a group of dedicated fans pull their heads out of a fictional world and use the lessons they learned on Diagon Alley and in the halls of Hogwarts to fight real-world bad guys.

Changing ingrained policies, particularly those of giant media conglomerates, is no easy feat. But the Harry Potter fan contingent is powerful — they represent an enormous cash cow for a company like Warner Bros. — and they've managed to harness that power for good, just as the fictional wizarding world would want. And with the added support of author J.K. Rowling, the group is primed to continue their work.

The win is "a fascinating symbol of what activism might look like when it's animated by fiction rather than political parties and when fans form coalitions with devoted advocates," the Washington Post's Alyssa Rosenberg writes.

At the very least, it's a huge win for fan activism, which is still in its infancy.

"Given the popularity of Harry Potter," Bird told Yes, "we have a real chance to see a domino effect with other companies feeling pressure to follow suit."