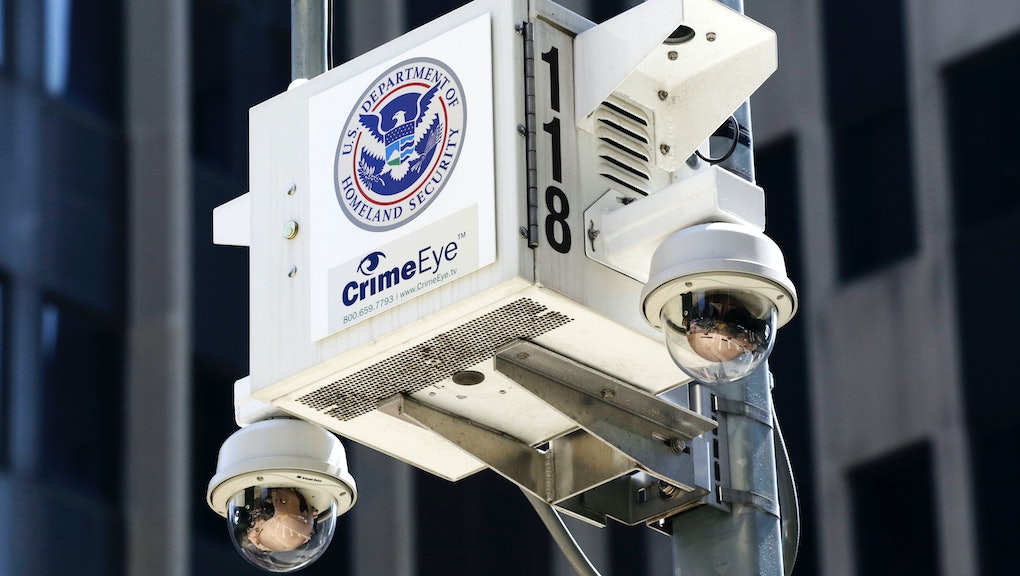 What would happen if the police had a device that could see past your wall, right into your home? And what if they never bothered to tell anyone about it?

It might sound like something out of a dystopian novel, but according to a new USA Today report, at least 50 law enforcement agencies around the country have gained access to "radar devices that allow them to effectively peer through the walls of houses to see whether anyone is inside."

The new technology was troublingly rolled out with "little notice to the courts and no public disclosure of when or how they would be used." So far, both the U.S. Marshals Service and the FBI have employed the new device.

What they've got: A hand-held RANGE-R system that can scan past walls to detect movement inside a structure. Based on the demo video provided to USA Today by manufacturer L-3 Communications, the device has somewhat limited capabilities, only offering a rough approximation of the distance between the unit and a moving object:

On the company's website, they explain that "RANGE- R will penetrate most common building wall, ceiling or floor types including poured concrete, concrete block, brick, wood, stucco glass, adobe, dirt, etc. However, It will not penetrate metal."

More advanced units offered by other companies provide a 3-D display nearly identical to the motion tracker from Aliens.

Is this legal? The U.S. Supreme Court has previously ruled that law enforcement agencies can't use high-tech sensors in this way without a search warrant. But according to USA Today, no one really knew law enforcement agencies were using the RANGE-R technology until a federal appeals court raised alarm over warrantless use in December. Court documents show that police never admitted to using the scanner in their original report.

Nevertheless, radar units have already landed in the hands of cops across the entire country. L-3 Communications told USA Today it has sold about 200 units to 50 separate agencies for around $6,000 each. As technology advances, it's likely similar devices will end up in the hands of officers and SWAT teams nationwide.

Why you should care: Though officers could use advanced motion detectors to locate suspects, they also offer countless possibilities for abuse. To be honest, sometimes the police don't inspire confidence in their motives.

In another example of potentially shady high-tech surveillance tactics, the NYPD deployed X-Ray vans capable of looking inside nearby objects and buildings to find bombs and refused ProPublica record requests on their use for nearly three years.

Privacy advocates are justified in wondering whether or not these and similar technologies will enable the police to be even more intrusive with little oversight. The same appeals court that expressed concern over the RANGE-R wrote that they had "little doubt that the radar device deployed here will soon generate many questions for this court."

Electronic Frontier Foundation Hanni Fakhoury told USA Today that "The problem isn't that the police have this. The issue isn't the technology; the issue is always about how you use it and what the safeguards are." That the police have assault rifles and tanks is already an issue under debate, but the public should also be wary of the high-tech tools they use to support those aggressive tactics.