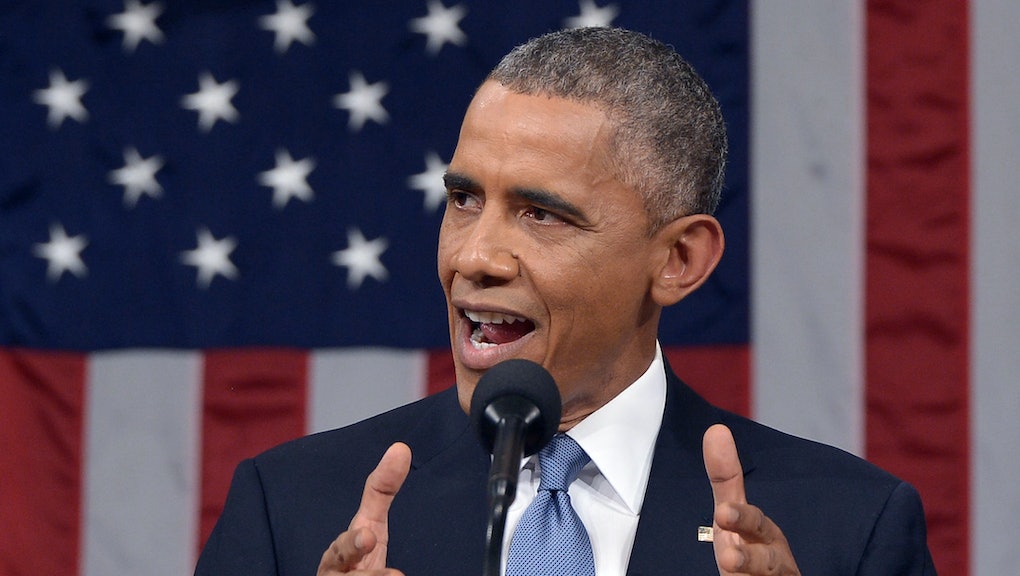 With "Your Life Matters," President Obama Changed the Debate Over Police Violence and Race

President Barack Obama on Tuesday night delivered a powerful public answer to the blistering national debate over race and policing in minority communities. The president's spin on the now-familiar declaration that #BlackLivesMatter represented his best effort yet to engage a broader coalition with a coherent and authoritative argument.

"We may have different takes on the events of Ferguson and New York," Obama said. "But surely we can understand a father who fears his son can't walk home without being harassed. Surely we can understand the wife who won't rest until the police officer she married walks through the front door at the end of his shift."

Critics will say he's constructed a false equivalency, that while black lives matter and cops' lives matter, he has conflated two very separate issues. But while there is a very basic elemental difference — the latter answers, or even mocks, the former — both represent the very real feelings of large groups of Americans. As president, he must, for better or worse, answer to both.

But this was not a wishy-washy sashay across the middle ground.

In appropriating the language of the protests and protesters — we say it again: "Black lives matter" — the president finally articulated to the nation his feelings on an issue he has grappled with, at times clumsily, over the past few months. In doing so, he paved the road for a new kind of argument and dispelled any lingering suggestions he has been cowed by opponents or taken under by the weight of his job.

The often ugly reality faced by young men and women of color does not drift away with a neat turn of phrase from the president. But that does not demean his message; rather, it makes it stronger and more important. That it was borne from a grassroots movement, led and directed by strong and intelligent young Americans, shows the power of nonviolence even in the darkest times.

"I want our actions to tell every child, in every neighborhood: Your life matters, and we are as committed to improving your life chances as we are for our own kids," said the president of the United States, with the eyes of a joint session of Congress tracing his every move.

Obama has said his piece. Now it's time for protesters and the cops, establishment pundits and hashtag activists, to face up to this considerable task. The police have been given their due. No more excuses. Together, sometimes in darkness and sometimes in light, Americans must get down to the work of making lives matter and, more, making lives better.