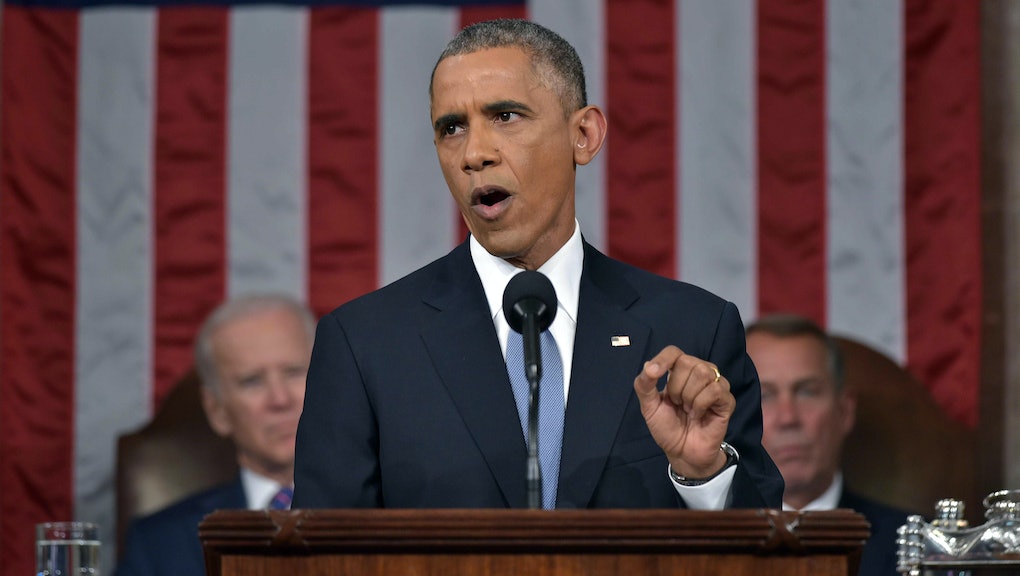 With One Single Word, President Obama Just Made History at the State of the Union

Although this is long overdue, it's an important, albeit symbolic, historic first. No other living U.S. president has made mention of those who are transgender in a State of the Union speech. Obama also referenced bisexual Americans, something that has also never been done in a State of the Union. Social media was quick to applaud the president's choice of words:

But while this is an important step in the right direction, it's not nearly enough. There was no mention of transgender or bisexual individuals when he talked about the lack of access to health care and unemployment, two issues that LGBT individuals — especially LGBT individuals of color — experience at disproportionately high levels. Trans people are twice as likely to be unemployed and many of those in the workforce are underemployed. Many insurances package exclude and deny trans individuals the health care they need.

Why were gender identity, orientation — and race, for that matter — left out of those conversations?

Talking about transgender and bisexual people is an important move on Obama's part, but it needs to be much more than that. As America looks past the soon-to-be accomplished goal of nationwide same-sex marriage, we need to start thinking about the barriers LGBT Americans face in all aspects of life, not just walking down the aisle.

The time for this broader conversation is now: Lives quite literally hang in the balance. Ultimately, if we want to address the discrimination of LGBT people, we need to include them in every conversation, not just when it's convenient.