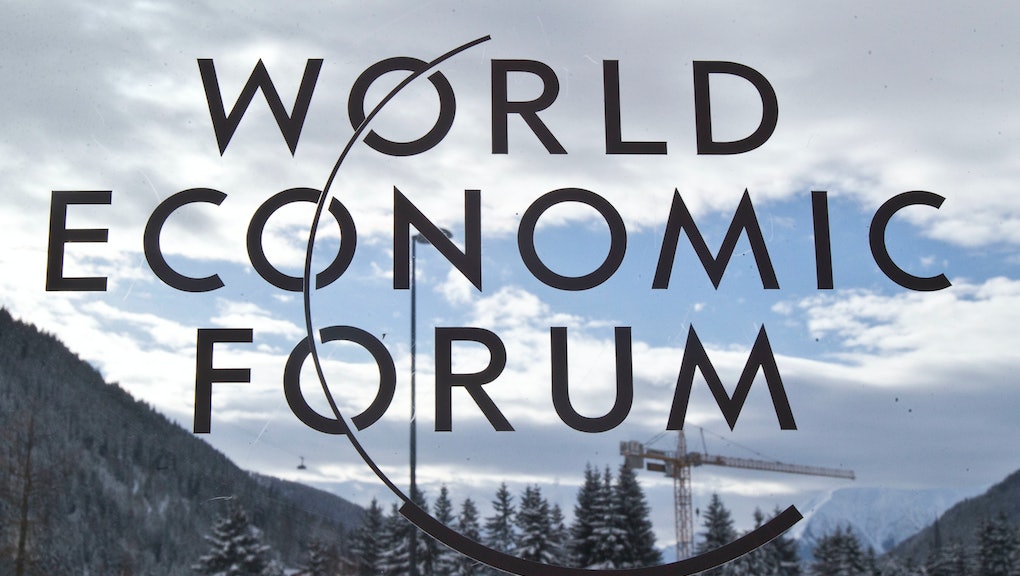 Let's be honest: It's been a long time since the general public put any stock in elite meetings that attempt to address the global economy. But these gatherings hardly do themselves any favors when they fail to invite a key economic group: women.

That's right — a mere 17% of the attendees of the World Economic Forum's 2015 meeting in Davos, Switzerland, are women. Apparently, less than one-fifth of the 2,600 most powerful people from 140 countries chosen to determine the four key themes of the global economy — growth and stability, crisis and cooperation, society and security, and innovation and industry — will represent a group that composes more than half of the world's population. While celebrities like Pharrell Williams, will.i.am and chef Yotam Ottolenghi are reportedly essential enough to make the guest list, countless women didn't make the cut.

While this number is up from 2014's convening, which was only 15% female, it's hardly indicative of widespread progress in the economic world. As Deena Shaker notes in Fortune, while the underrepresentation of women at this particular conference is despicable, it's also indicative of the systemic problem of lagging gender diversity in the public sector at large. Only 11% of board seats at the world's major companies are occupied by women and only 4.6% of Fortune 500 companies have female CEOs.

This lack of representation is certainly insulting on the level of equity and justice, but it's also a problem that extends far beyond moral outrage: It's a major oversight on the practical level of addressing the reality of the global economy.

Women are essential to the global economy. Between 1980 and 2008, 552 million women joined the labor force and currently compose 43% of the agricultural labor force of developing countries, according to UN Women. Furthermore, per capita income would rise by 14% by 2020 and 20% by 2030 in 15 major countries if women's paid employment rates were raised to the same level as men's.

In terms of representation in economic decisions, such as the ones made by the powerful elite that attend events like Davos, research also shows that companies with more women outperform those that are male-dominated. For example, the nonprofit research organization Catalyst found that, on average, companies with the highest percentages of women board directors outperformed those with the lowest in terms of return on equity, sales and invested capital. Another study demonstrated that over a four-year period, companies with three or more female corporate directors outperformed those devoid of women by 84% on return on sales and 60% on return on invested capital.

The facts don't lie: Women are essential to the economy, both on the ground and in leadership positions. Ultimately, failing to represent this gendered reality of the economy is not just shameful, it's irresponsible. If these leaders want to actually use their time productively, they should focus less on celebrities and luxury and more on engaging with the actual issues and the people best suited to address them.