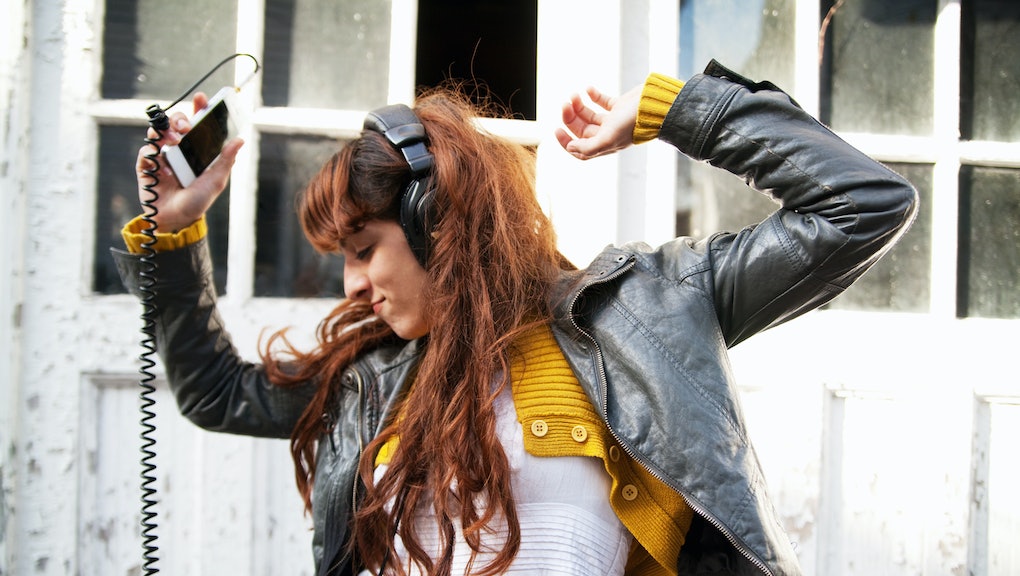 This Scientist Has One Simple Trick to Make Workouts a Breeze

Put down those steroids and tell Barry Bonds to take a hike; one scientist says there's a surefire way to improve your workout, and it's not with performance-enhancing drugs. It's with music.

Costas Karageorghis, sports psychologist and deputy head of research for the School of Sport and Education at Brunel University in London, claims he's come up with the perfect formula to give athletes, professional and amateur, an edge. In a recent interview with EPSN, he said, "I often refer to music as a legal drug."

Karageorghis has been studying the correlation between movement and music for more than 20 years and has even partnered with Spotify and Red Bull to build playlists for the world's top athletes. In 2013, he even shared his personal workout playlist designed with beats per minutes in mind to maximize efficiency.

In his research, Karageorghis found that music can actually trick the mind. Songs can distract your mind and reduce your effort perception by up to 10%. For example, listening to "Don't Stop Me Now" by Queen can make a 60-minute run feels like a 54-minute run.

There are four things the expert considers when creating a playlist for athletes:

1. Beat. Listening to songs that are just slightly faster than your normal pace of movement get you to work harder without even realizing it.

2. Arousal. Listening to fast music before a workout pumps you up and boosts your mood.

3. Association. Listening to music that brings back good memories helps your forget about the task at hand.

4. Dissociation. Listening to music that you simply enjoy — Meghan Trainor fans, rejoice — can make your workout seem easier and even fun.

Karageorghis has worked with record-setting runner Paula Radcliffe, who's partial to "Stronger" by Kanye West, and Olympic runner Kelly Holmes, who prefers ballads like "Fallin'" by Alicia Keys or "Killing Me Softly" by the Fugees. During the middle of your workout, songs in the 120-140 BPM range are best, like "The Way You Move" by OutKast, "Head Like A Hole" by Nine Inch Nails or "Push It" by Salt-N-Pepa.

The news comes at a perfect time, considering that the new year always sees gym memberships skyrocketing. And while it may be too late for A-Rod, Karageorghis just gave everyone a reason to crank up their headphones and hit the pavement.