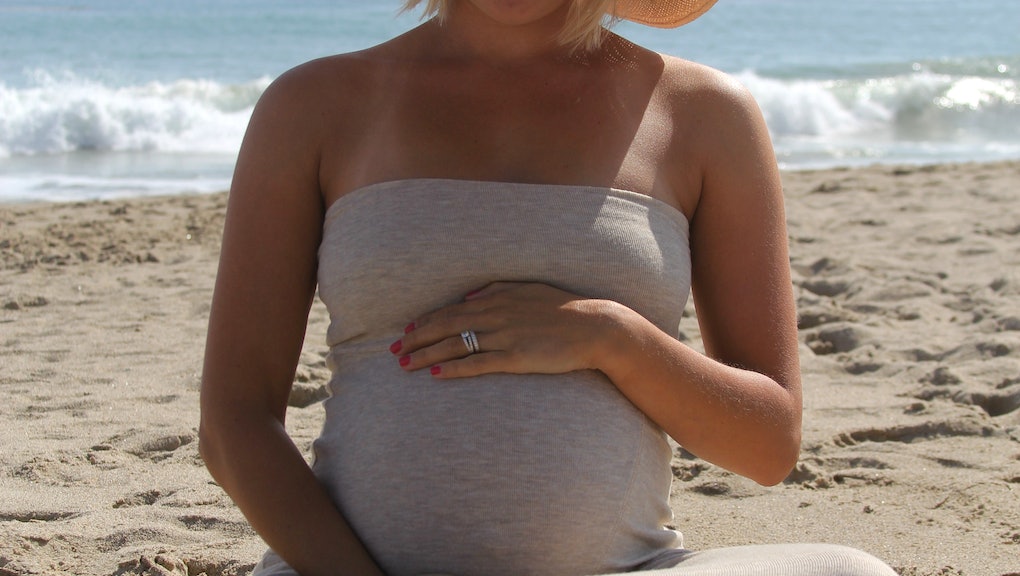 It can shorten it — and not just a little bit.

Researchers at the Norwegian University of Science and Technology analyzed 200-year-old data and found that prenatal exposure to ultraviolet radiation in sunlight may have shaved off more than five years from the lives of babies born while sun activity overpowered the planet's natural protections.

The study looked at 9,000 Norwegians from a wide variety of backgrounds born between 1676 and 1878, as well as the amount of solar activity during the year of their birth. (The frequency of things like sun spots and solar flares fluctuates in patterns over the course of the sun's 11-year cycle.) According to their data, Norwegians born during the three years of high solar activity lived on average 5.2 fewer years than those born during the eight years of lower solar activity.

Since radiation from the sun is expected to increase in the near future due to the rapid depletion of the ozone layer (hello, climate change), we should probably take note.

The research suggests this effect on life expectancy may start at the beginning of life, due to the relationship between UV rays and a key nutrient in the body, folate. "The effect we find could be caused by UV light breaking down folate," study co-author Frode Fossoy told Mic.

Better eat your greens: Folate is a B vitamin that's naturally found in dark leafy vegetables, dried beans and citrus. It keeps cells and tissues functioning, and is especially important for pregnant women. It's considered a pregnancy "superhero," and can help prevent birth defects like spina bifida.

Right now, the Norwegian researchers are only speculating about the relationship between folate, solar activity and life expectancy. But what they do know is that the sun's UV rays can destroy folate in the body.

While it might seem like the solution is to tell pregnant women to stay out of the sun, certain UV rays also trigger the body to make vitamin D, another essential nutrient. You can't get the good rays without the bad ones, but there are other ways to get your vitamin fix. To keep the folate and vitamin D scale balanced, the Centers for Disease Control and Prevention recommends getting at least 400 micrograms of folic acid every day, especially if you have a bun in the oven. This could be as simple as eating a bowl of multigrain Cheerios or popping a multivitamin.

Why this matters: "The obvious strength of our research is the large dataset and the long timespan," Fossoy told Mic. "Our dataset is quite unique, spanning more than 200 years of human history, including more than 8,000 individuals, and it is only one out of a few similar datasets in the world." That means the researchers were able to zoom in on the big picture in a way few have done before.

More broadly, things are getting hotter, which usually sends people outside. In fact, as Mic reported, 2014 was the warmest year in history, and all fingers point to climate change. The next step for scientists is to figure out the exact way folate and solar activity are interacting, and whether there are other factors at play. We don't have the answers yet, but for everyone else, especially moms-to-be, it's never too late to be vigilant about sunscreen.