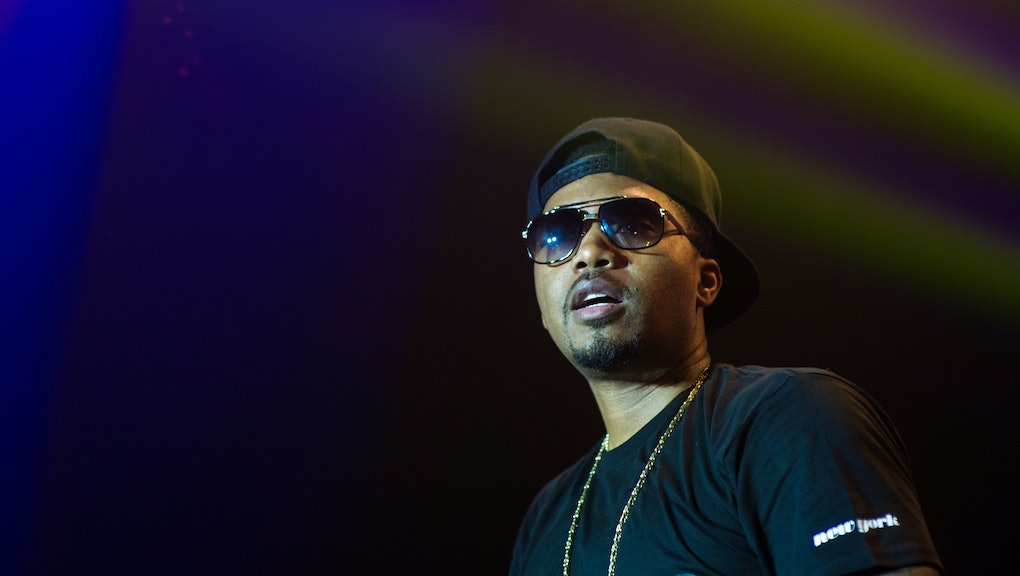 After separate grand juries failed to indict police officers in the deaths of Michael Brown and Eric Garner, many Americans took to the streets to condemn police brutality and racial injustice — and famed Queensbridge rapper Nas was right there with them.

It's embarrassing, but it's also status quo. And this, Nas says, results in our country losing the respect of the international community. And if we don't work to correct it, this may be our undoing.

"I've got to go around the world, and people will ask me, 'What's wrong with America?' This is why they don't like us. And this is why they're going to beat us. When they see that weakness, they're seeing a way to take us down," Nas said.

He tells GQ he's yet to find a good answer to the question.

"I say America's about fighters, and we fight each other sometimes, but that's what family does. I try to make up shit, because it's embarrassing, and they see through it," he says. "They see what's going on over here. And they laugh at our government and law enforcement. ... They're really the civilized ones. And they see everyone as being more civilized than America. And we've got nothing to say."

Nas has said more than most. A month ago, Nas marched in the Millions March NYC demonstration alongside music moguls Russell Simmons and Kevin Liles. His presence made for one of the bigger news stories of the day, and it drew new visibility to the issue within communities that might not ordinarily seek political news.

Nas comments on police brutality in numerous songs throughout his catalog, most notably Illmatic's "Halftime," which he cites in the interview: "Go to hell to the foul cop who shot Garcia."

"I don't remember at the moment the entire incident," he says of the song. "I just knew the city was upset and I was upset. And I put it in my rhymes. On my first album, I'm talking about the same thing! And we're still talking about it now."

Nas is doing great things, but rappers can't be the only ones speaking out. Musicians Killer Mike, J Cole and Azalea Banks have also brought a lot of attention to the issue. But Nas wants to make one thing clear: It's not "a rapper thing."

"Everybody's concerned. ... It's a people thing," he says. "It's the NBA's concern. They have kids. They could be in their car and be profiled. So of course we're going to speak up. It's a shame that people want us to stay in the corner and just get kicked in the ribs and just say, 'Okay, kick me some more, kick me some more, I'm not going to say anything's wrong with being kicked. I'm going to cover my mouth, I'm not even gonna scream. Just kick me until I'm dead.' People are scared. It's not an easy thing to deal with."

Unless we overcome that fear and start demanding justice, the kicks will just keep coming.

Read more of Nas' inspiring profile over at GQ.