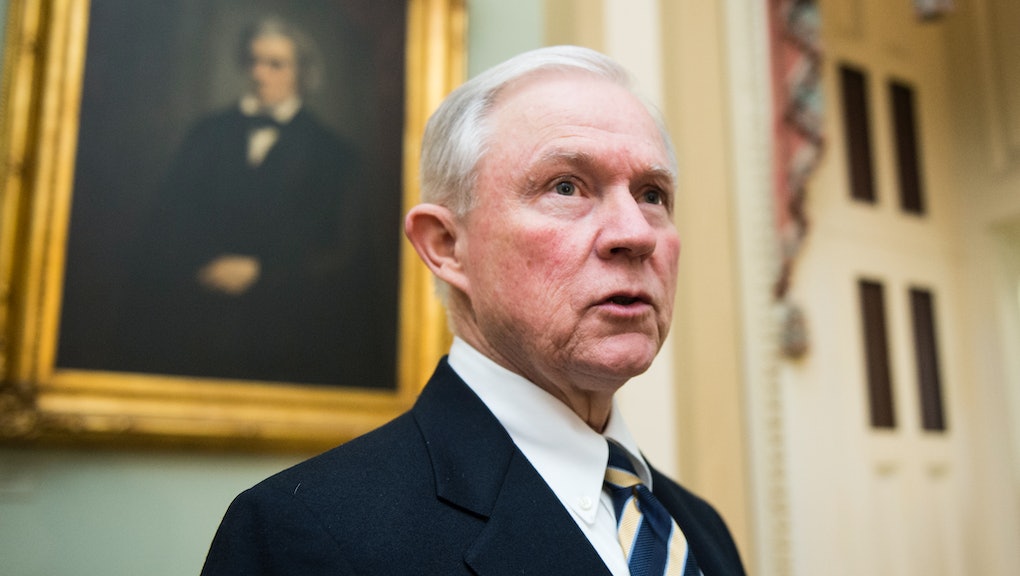 In the latest example of head-bashing leadership appointments, the Republican Party has selected two fervent anti-immigration crusaders Thursday to lead the Senate Subcommittee on Immigration, Refugees and Border Security.

The GOP nominated Sen. Jeff Sessions (R-Ala.) to chair the legislative body, and in an unusual move, it has also tapped a deputy chair in Sen. David Vitter (R-La.). Both men also happen to be some of Congress' most outspoken critics of immigration, both illegal and legal.

The subcommittee, now named "Immigration and the National Interest," directly influences which policy initiatives the Senate takes up. It also presides over the Departments of Homeland Security, Justice, State, Health and Human Services and Labor with respect to immigration.

In other words, the legislative arm that oversees all major policy decisions where immigration is concerned will now be controlled by two people who really, really hate the idea of it.

Sessions' appointment is rumored to be a consolation prize of sorts for having lost out on chairmanship of the Senate Budget Committee, which means party leadership may not actually see eye to eye with him on immigration. Still, his ascension means that he now has a giant platform from which to trumpet his ridiculous views on immigration.

Sessions' views: It's difficult to know where to start. Sessions was one of the most outspoken critics of the Comprehensive Immigration Reform Act of 2007, describing its lifespan thusly: "As sunlight falls on the mackerel, it begins to smell more and more."

He continued that pattern this year as one of the president's biggest opponents on immigration reform. As Politico's Seung Min Kim wrote, Sessions is known for his "aggressive pushback against President Barack Obama's executive actions on immigration, pushing fellow Republicans toward a more confrontational stance on the issue."

He's also fought against legal immigration, which has led to a split with the rest of his party. In 2013, he proposed an amendment that would heavily restrict the number of legal immigrants allowed into the country.

"We don't want to invite people to America that can't find work and go on welfare and on dependency," Sessions said at the time. (The proposal was soundly rejected by the Senate Judiciary Committee.)

Vitter isn't much better: In an interview with CNN in November 2014, Vitter questioned America's rule of birthright citizenship. "This is the only country where just because an individual is born here physically, he or she is a citizen," he said. "I don't know why we have that rule."

He was also the behind the absurd campaign ad that starred a group of Mexican immigrants sneaking through a fence, receiving an oversized check that gave them "a lot of taxpayer money" and riding off into the sunset in a limousine.

But for all the jokes, Session and Vitter's appointments are genuinely troubling. They also warrant asking the question of whether this habit of appointing what seem to be the worst possible candidates to positions of power is becoming a trend.

We last saw it happen with noted anti-science crusader Ted Cruz's appointment to the Senate Subcommittee on Space, Science and Competitiveness. The selection of Session and Vitter would appear to further that pattern.

Whatever consequences these appointments have remain to be seen, but it's looking almost certain Obama's battles with Congress are only going to get tougher.