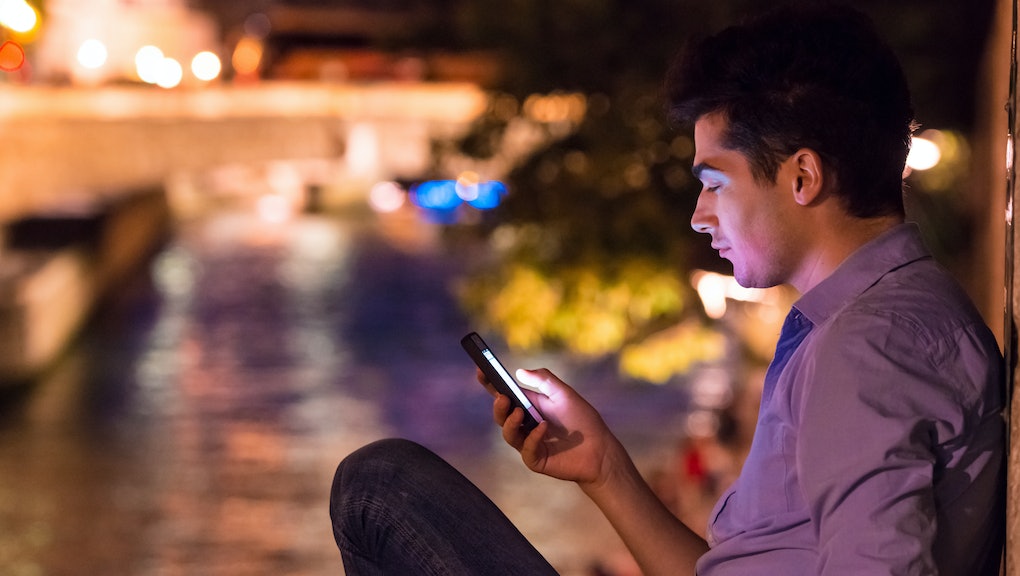 Apps like Tinder are made to connect people with exactly what — and who — they want. But what if what you want from a sexual partner isn't all that you want?

The fluidity of our sexual preferences is an established human reality, yet it's one that many people are still afraid to confront or admit.

Those dual truths were never illustrated so clearly as when I conducted a Tinder experiment: What happens when a bisexual man changes his gender on Tinder to "female"? The results were what you could interpret as sexual fluidity in action.

The experiment: A gay friend of mine told me that he had slept with a "straight" guy using Tinder by changing the stated gender on his profile to female. "I just kept my same photos as a guy, but they still swiped right and started chatting with me," he told me.

I downloaded Tinder (fine, I already had it on my phone — I just opened the app), updated my profile to "female" and uploaded the best selfies my iPhone had to offer. Then I started swiping right.

At first I was rather selective, receiving some matches. But wanted to take things to another level, so I decided to say yes to every man. I swiped right on hundreds of men looking for women — and in the process, what I saw as an intriguing example of sexual fluidity emerged.

Swiping right on a guy made some men freaked out and defensive. My experience confirmed what's been called the "game theory of Tinder": Plenty of men swipe right without even looking, not taking the time to examine the photos, much less the bio. I received hundreds of matches just because men wanted to talk to literally any women who matched with them.

That swiping strategy led plenty of straight men to swipe right on me, which prompted a variety of reactions. When they realized they had matched with a guy instead of a woman, some men simply quickly "unmatched" me (and maybe said a few extra "bro"s that day to reassert their masculinity). Others chatted me in pure confusion as to what went wrong.

But others responded in excessive anger, using homophobic slurs and curse words to express their distaste. Perhaps disturbed by suddenly finding themselves in a (potentially) sexual situation with another man, their responses were vehement and defensive.

But then there were quite a lot who started to chat with me. That's when I stumbled across a second finding.

Plenty of the guys were also curious and intrigued. Based on their conversations with me, some guys are more sexually fluid than we think. Men complimented me, telling me I was "hot" or "handsome." I got asked for sexual favors along the lines of "I'm not gay but I'd let you blow me." Some even went as far and asked to have sex with me as long as I didn't do other "gay shit." Others asked if I would join them and their girlfriends for threesomes.

There were men who publicly identified as straight who were up to trying new things and testing the boundaries of their sexuality, sometimes with a witness/participant. Some admitted to possibly being bisexual; others seemed afraid to use that label. These men weren't actively searching for other men on app; they were ostensibly looking for women. But the opportunity presented itself, and they seemed willing to take it.

This is just the finding of one small Tinder experiment, but the outcomes weren't necessarily surprising. We often define our sexuality in black-and-white terms, which aren't always in line with sexual behavior or what turns us on. Our current era of online dating, hookup apps and even Reddit threads has allowed us to explore that fluidity more than ever before.

And that includes men. The conversation on sexual fluidity has long focused on women; but as Ann Friedman wrote for the Cut, "My guess is that as taboos and strict sexual categories begin to fall away, men will be more willing to explore same-sex relationships and hookups — and be more willing to admit as much to researchers — without panicking about which label to claim."

Until then, it might only take an accidental Tinder swipe to get there.