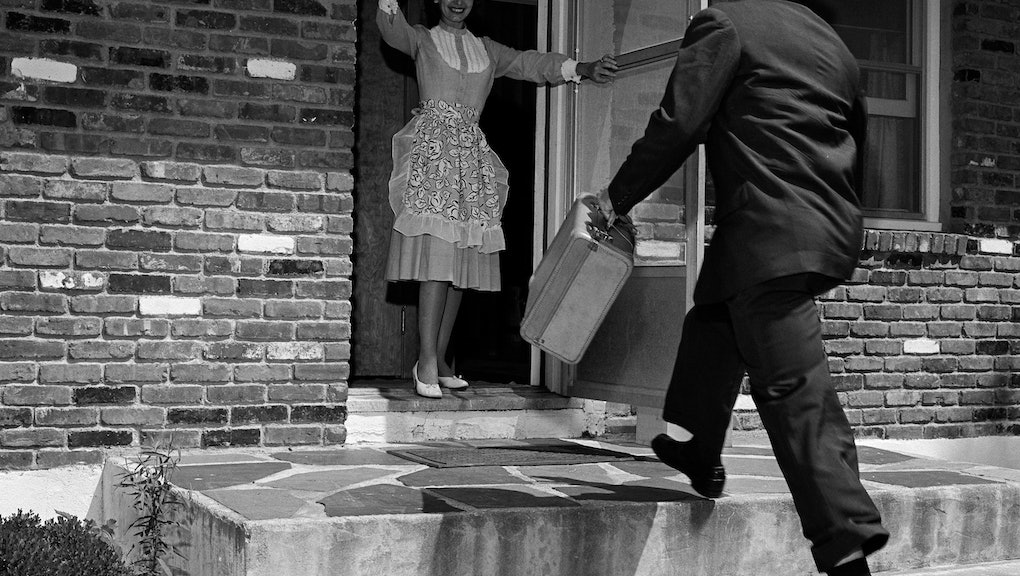 No, Two-Thirds of Young People Aren't Dying to Move to the Suburbs

Are Millennials really longing to move to the suburbs?

The National Association of Home Builders, a trade group dedicated to encouraging landowners and municipal governments to facilitate the building and selling of homes, would have you believe so. A recent survey commissioned by the group purported to find that two-thirds of young Americans want a suburban dream house. But one key caveat in the survey's methodology undercuts its central claim.

The Wall Street Journal reports that the poll settles "one of the hottest debates among housing economists" — namely, just where do these young folks want to live? Is it in a little apartment in the big city? Or a nice big house in the doddering suburbs?

The NAHB says it's no contest:

To its credit, the Wall Street Journal's story does concede, nine paragraphs in, that the poll results "could be skewed."

"Because they included only Millennials who first answered that they bought a home within the past three years or intended to do in the next three years." Pollsters "excluded young people who intend to rent for many more years, which is a large and growing group, in part because of hefty student debt and the tight mortgage-lending standards of recent years," according to WSJ.

This is an enormous oversight. According to real estate tracker Trulia, the percentage of 18- to 34-year-olds who own homes is just 13.2%, the lowest on record:

Other research also contradicts the NAHB's finding that Millennials are pining to spend their days in the suburbs. A Nielsen survey of Millennials overall found that "they are currently living in these urban areas at a higher rate than any other generation, and 40% say they would like to live in an urban area in the future."

Flawed conclusion: "The preference for the suburbs suggests that future demand will be in the form of single-family homes rather than condominiums more prevalent in cities," David Berson, chief economist with Nationwide Insurance Co., told WSJ.

The key here is "future demand," which is notoriously difficult to predict. Consider this scenario: You've just turned 25. You're single. You have a job, but not a great one. Certainly not a career in any traditional sense. Would you say the purchase of a single-family house is high up on your to-do list? Likely not. But even if it is, there is nothing that "suggests" that you are on a path to being part of market demand for a single-family home.

The Wall Street Journal account is a study in willful ignorance. Luckily for us, they printed all the evidence. Take Karla Kingsley, "a 32-year-old transportation consultant," who along with "her fiance bought a single-family home last month in Portland, Oregon, for $375,000."

What were her primary reasons for going in on the purchase on of these desperately sought-after single-family homes?

Well, according to the report, "She said the couple's top priorities were finding a home close to restaurants, shops and their workplaces downtown."

Crippling debt: The notion that Millennials are dying to get to the suburbs also glosses over the fact that many are in no financial position to buy a home.

Two-thirds of American college graduates leave school with some kind of debt burden, according to The Institute for College Access and Success. Their average balance due: $26,600. And new federal data shows that "more than 650,000 federal student loan borrowers who entered repayment in 2011 defaulted on their loans by 2013." The class of 2014 will be the most deeply indebted ever, says (you guessed it) the Wall Street Journal, with the average student finishing school $33,000 in arrears. In all, Americans hold more than $1 trillion in student debt. That's more than what they owe on their credit cards or auto loans.

The only bigger source? Yes, it's home finance.

So maybe those home builders should stand down a few more years and see what the government and private lenders do about these bubbling debt crises. Because if there's one thing Americans really, really cannot afford, it is building homes for, and selling them to, people who (whether they want them or not — who knows?) cannot afford to buy them.