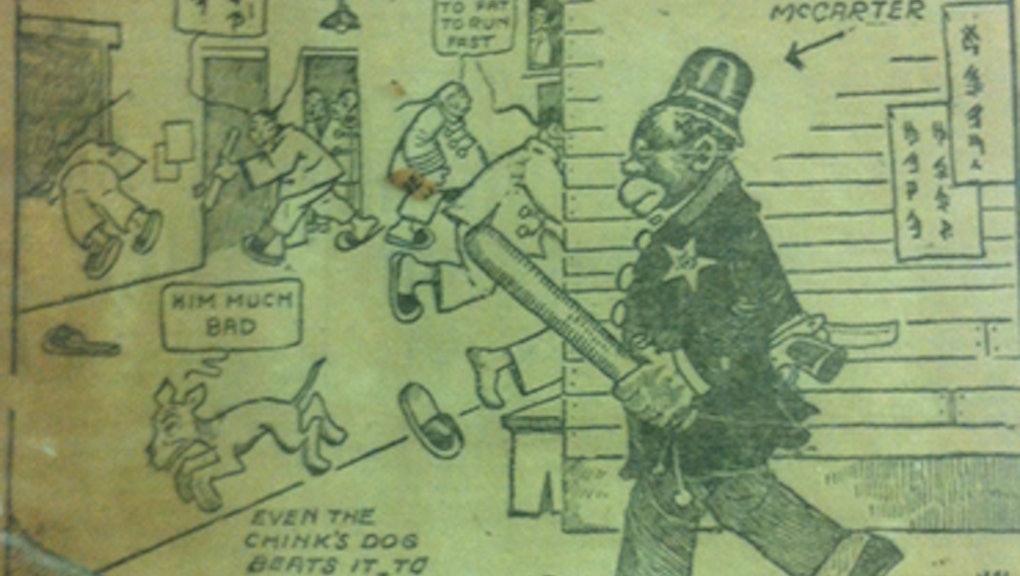 Police officers routinely encounter split-second decisions, some of which can make the difference between life and death. In this context, there should be no room for error, which includes the biases or stereotypes that can negatively affect community-police relationships.

Bluntly put, racism has no place in an officer training. Unfortunately, as one California sergeant's case reveals, this is not always the case.

In a recent training class for the San Diego Police Department, a cartoon from the early 1900s was displayed with a depiction of the department's first black officer, Frank McCarter. But "Our Colored Policeman on the Job" is clearly not an image designed to honor the officer's place in history. Instead, the caricature denigrates McCarter and other African-Americans who look like him, showing a patrolman drawn to resemble a monkey.

But that's just the beginning of what's certainly an offensive portrayal of people of color. The cartoon also includes depictions of Asian-Americans speaking broken English, a dog running away from McCarter with the caption "Him much bad," and the cartoonist's inscription that "Even the chink's dog beats it to safety."

Is this what officers should see during a training? Not according to 10-year department veteran Sgt. Arthur Scott, the lawsuit's plaintiff, who alleges he was moved to a different division after speaking up about the cartoon. In an interview with ABC 10 News, Scott's attorney said the image was displayed without any context about racism during the time, and had no clear teaching value.

As the vice president of the San Diego Black Police Officers' Association, Scott noted that this is not the first time the department has flouted racism in professional settings. He also referenced a 2011 incident in the lawsuit involving some of his fellow officers displaying racist images of President Barack Obama in their lockers. According to ABC 10 News, Scott claims a lieutenant brushed the issue aside at the time, saying he was being "hypersensitive."

Of course, issues of implicit racial bias and stereotypes aren't limited to San Diego's police department. But when this type of backwards thinking intersects with the important task of training new officers, it becomes an issue of grave concern, with potentially life-altering consequences.

Earlier in January, National Guard Sgt. Valerie Deant complained after North Miami Beach police used black suspects' mugshots during target practice at a shooting range. Among the images used was a mugshot of her brother, Woody, who was arrested more than a decade ago for drag racing as a teenager. In response to the outcry, as reported by the Miami Herald, the department suspended the sniper training so that their processes could undergo a thorough review.

This is not about policing law enforcement humor or political correctness. This is about ensuring that police officers demonstrate values of respect and inclusion, not only among their ranks, but also for the communities they serve. Within the context of ongoing conversations about race and policing, it's these types of alleged training practices and attitudes that have some organizers and concerned citizens intensely questioning how blacks and people of color are treated by officers. Racial biases of any sort have no place in such an important institution.