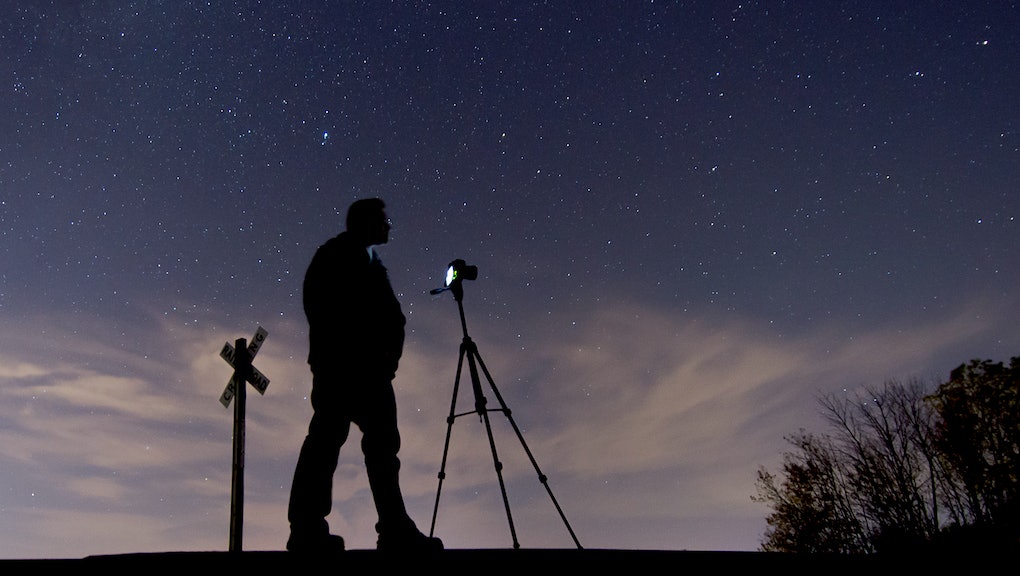 If you can make it outside unscathed by the impending ultra-snowstorm this week, you're in for a treat. On Monday, Asteroid 2004 BL86 will make its closest pass by the Earth at just 745,000 miles away, according to NASA's Jet Propulsion Lab.

At a third of a mile in size (roughly equivalent to five football fields), Asteroid 2004 BL86 will be shooting across the sky at a distance roughly three times that of Earth's distance to the moon, which means there's absolutely no threat of a collision, but we'll still have a pretty good opportunity to get a glimpse of the hurling space rock.

Astronomers first spotted Asteroid 2004 BL86 almost 11 years ago to the day on Jan. 30, 2004, in New Mexico. And now, this upcoming flyby is an exciting opportunity to get a very good look at the asteroid, which won't make another nearby pass of Earth in the next 200 years, according to NASA. So this really is a "once in a lifetime" event.

Though NASA will be closely monitoring the fly-by, amateur stargazers with a simple telescope or just a solid pair of binoculars should also be able to catch a glimpse of the historic event. Of course, because it's 2015, you could also always watch a live-stream of the event on the Virtual Telescope Project's website.

But, since the scientists at NASA are mostly accustomed to seeing some of the most amazing sights in our universe, they'll be using the event as a valuable opportunity to learn more about Asteroid 2004 BL86 (analyzing its orbit and surface) and to see if it's dragging any orbiting moons.

"At present, we know almost nothing about the asteroid, so there are bound to be surprises," said Lance Benner, Jet Propulsion Laboratory scientist, in the NASA release.

Though the asteroid's current trajectory poses no threat to Earth-dwellers, Benner noted that it's still a good idea to keep tabs on these flying space rocks. Luckily, this is a perfect opportunity.

"For objects that get this close, that are this large, the radar observations are really analogous to a spacecraft flyby in terms of the caliber of the data that we can get," Benner added. "It's expected to be one of the best radar-imaging targets of this calendar year."