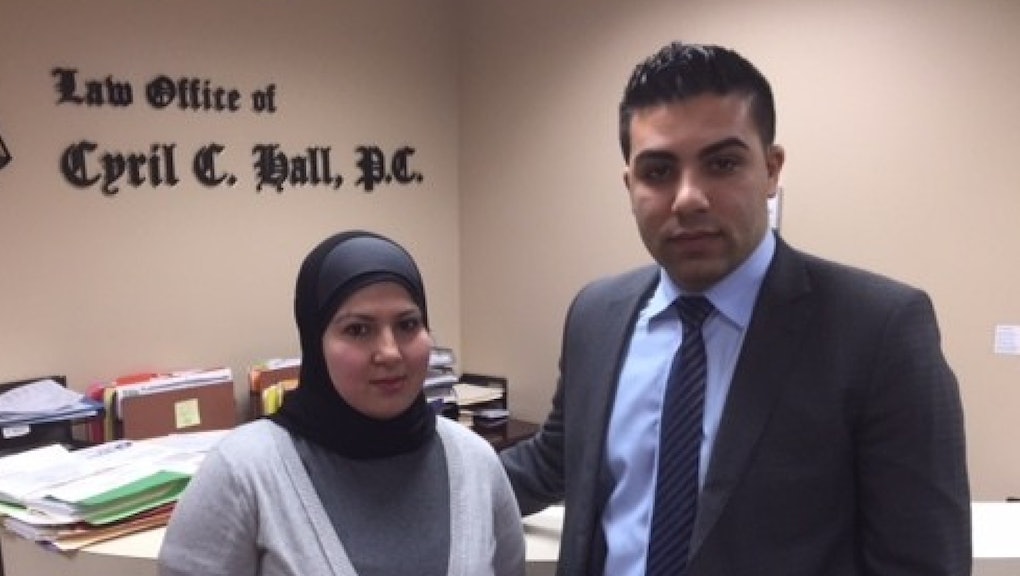 When police police officers in Dearborn Heights, Michigan, forced 27-year-old Muslim woman Malak Kazan to remove her hijab while being arrested for driving without a license, she believed they violated her First Amendment rights.

Now she's fighting back with a lawsuit that seeks to prevent officers from doing the same while processing suspects in Dearborn Heights, near one of the largest Muslim communities in America.

It's an important case for anyone who cares about being treated with respect by the police, regardless of your ethnicity or religious background, and it looks like Kazan already has a strong case that she was unfairly discriminated against.

The background: According to a lawsuit Kazan filed in the United States District Court for the Eastern District of Michigan against the city of Dearborn and its police department, the officers' demands that she act against her faith "violated her right to the free exercise of her religion, violated her rights under federal law, and caused her extreme mental and emotional distress." It argued that the city "was aware or should have been aware" that its policy  on religious head-coverings was unconstitutional:

Similarly, Kazan's lawsuits faults the city and the police department for failing to properly train its officers to understand when forcing a person to remove their garment would violate their rights:

Kazan also said that she requested a female officer be present to take her photo, a reasonable accommodation that was nevertheless denied. In the suit, Kazan requests that the department change its policies as well as compensate her for her indignity.

"Articles such as hats, caps, hijabs, can contain concealable items that could pose a threat or chance of injury to the cops or to [arrestees] themselves," Dearborn Heights Police Chief Lee Garvin told Fox Detroit. But University of Detroit Law School professor Larry Dubin said that "The First Amendment guarantees religious freedom. She is entitled to wear the hijab and not have it taken off unless there is a more state compelling interest that needs to be satisfied."

She'll probably win: In Orange County, California, courts decided in favor of another woman who was forced to remove her headscarf while in custody, agreeing that her rights were violated. There was also a similar case in Arkansas recently when the Supreme Court ruled in favor of a Muslim prisoner who said that state prison rules prohibiting beards violated his religious freedom. The nine justices unanimously ruled that security concerns were not enough of a justification for the no-beard policy, writing in the majority decision that a policy allowing facial hair "affords prison officials ample ability to maintain security."

Why you should care: Protecting everyone's rights requires treating every religion with equal respect. But it's not hard to find ignorant commentators ludicrously comparing the case to sharia law, and Kazan says she has faced online harassment for the suit.

"Malak has been very brave by going forward with this case," her lawyer Amir Makled told the Huffington Post. "She's kind of already suffered a little bit of backlash ... The level of racism that's out there, that she has witnessed on some of these websites [that covered her case], it's been very upsetting to her. But she still carries on and is still proud to be a trailblazer for a just cause."

To Kazan, this isn't just an issue of religion; it's also about cultural ignorance. "I was so upset. It was such an uncomfortable feeling. I've worn my scarf for 12 years and my religion says that I can't take it off," Kazan told the Arab American Times. "It's not just a religious issue; this is a part of me. It's my culture, my life and my identity."