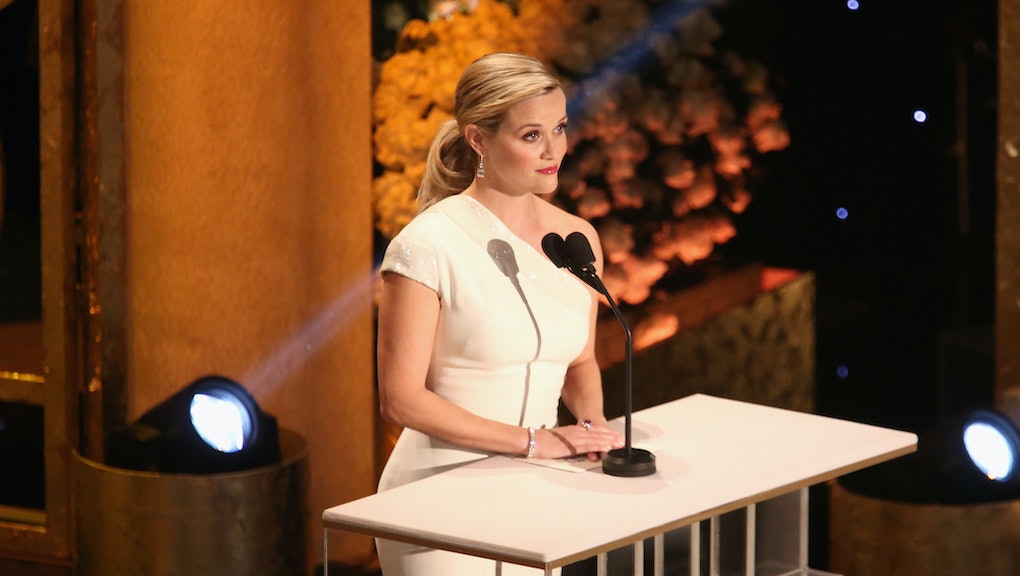 Ah, awards season! The glorious time of year when Hollywood's best and brightest come together to celebrate the artistic achievements of their peers, from the Oscars to the Golden Globes, to the Screen Actors Guild Awards. It's glitzy, glamorous and full of cheer, this prom of American pop culture, and millions watch the parade of entertainment luminaries from their couches every year.

Except these awards shows aren't that exciting at all — and none of these celebrities are really excited for their peers. This is on full display in this cringe-worthy, awkward incident from Sunday night's Screen Actors Guild Awards, in what sounds like the accidental release of an applause track:

It's like a laugh track, but for the most basic social mores of polite society. These celebrities are seemingly so bored with each other they can't even be bothered to slap their palms together in a rhythmically consistent fashion enough to satisfy the viewers at home.

Except the assembled glitterati of Hollywood's culture industrial process couldn't be bothered to applaud much at all — not enough, at least, to save the producers telecasting the show from embarrassment. Los Angeles'  Shrine Exposition Center may have been full of Hollywood's top talent on Sunday night, but it was short on fucks given.