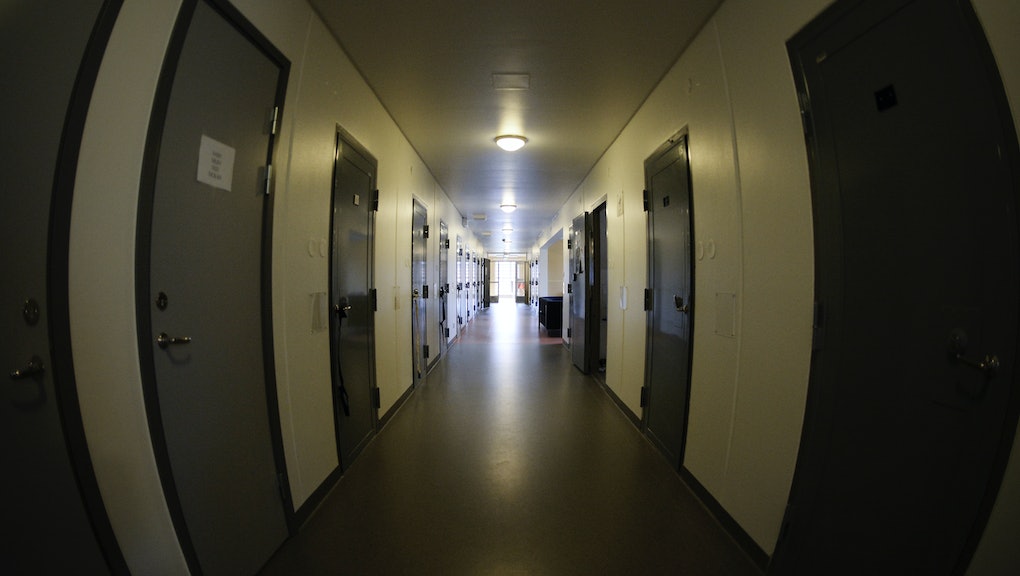 Sweden's Remarkable Prison System Has Done What the U.S. Won't Even Consider

The darkest manifestation of American exceptionalism may be its prison system.

The United States has the highest incarceration rate in the world: It has only 5% of the world's population, but one-quarter of its prisoners. U.S. prisons are dangerously overcrowded, house 10 times as many mentally ill individuals as state hospitals, keep people locked up for unfathomably long periods of time, are plagued by inmate abuse and hold a far greater percentage of the country's black population than South Africa did under apartheid. Nearly two-thirds of the inmates released every year return to prison; crippling discrimination in employment and housing encumbers the ones who manage to function. This is all to say that if you are convicted of an imprisonable crime in the U.S., you generally get shown little mercy.

After decades of bipartisan consensus on criminal justice policy, there are some signs that the federal government thinks that the highly punitive system of mass incarceration seems to have gotten out of hand, and some states are making gestures toward making prisons less crowded. But in order to understand how best to fix these problems, one must look beyond policy tweaks and consider the underlying moral philosophy that explains why a society sends people to prison in the manner that they do. In the U.S., that philosophy is one of inflicting punishment and pain.

In Nordic countries like Sweden, which have far lower incarceration and crime rates, prison is about rehabilitation. And it works far more effectively.

Getting people in better shape: "Our role is not to punish. The punishment is the prison sentence: They have been deprived of their freedom. The punishment is that they are with us," Nils Öberg, director-general of Sweden's prison and probation service, told the Guardian in 2014.

Sweden's prison system boasts impressive numbers. As the Guardian notes, in the past decade, the number of Swedish prisoners has dropped from 5,722 to 4,500 out of a population of 9.5 million. The country has closed a number of prisons, and the recidivism rate is around 40%, which is far less than in the U.S. and most European countries.

Öberg believes that the way Sweden treats its prisoners is partly responsible for keeping incarceration and recidivism rates so low.

"It has to do with whether you decide to use prison as your first option or as a last resort, and what you want your probation system to achieve," he told the Guardian. "Some people have to be incarcerated, but it has to be a goal to get them back out into society in better shape than they were when they came in."

The Nordic model: Nordic countries in general have an illustrative track record when it comes to minimizing the number of people who enter and re-enter their prisons. There are many factors that contribute to the effectiveness of their prison systems compared to many other countries in the West. They are relatively inclusive societies with widely shared prosperity and a low degree of corrosive racial tension (mainly due to racial homogeneity). But the low rates of return to prisons in particular hints at an alternative model for how to treat prisoners.

In an insightful article in the Atlantic, Doran Larson explains how his research on prisons revealed that Nordic countries' rehabilitative ethos produces tangible results for those countries. Even in the high-security prisons he visited in Sweden, Denmark, Norway and Finland, he observed some remarkable things:

Common areas included table tennis, pool tables, steel darts and aquariums. Prisoner art ornamented walls painted in mild greens and browns and blues. But the most profound difference is that correctional officers fill both rehabilitative and security roles. Each prisoner has a "contact officer" who monitors and helps advance progress toward return to the world outside — a practice introduced to help officers avoid the damage experienced by performing purely punitive functions.

While high-security prisons in the U.S. often involve caging and dehumanizing a prisoner, prisons in Nordic countries are designed to treat them as people with psychosocial needs that are to be carefully attended to. Prison workers fulfill a dual role of enforcer and social worker, balancing behavioral regulation with preparation for re-entry into society.

"Open" prisons: Even more remarkable than this is the use of "open prisons" in the region. Prisoners at open prisons stay in housing that often resembles college dorms, have access to accessories such as televisions and sound systems and are able to commute to a job and visit families while electronically monitored. Prisoners and staff eat together in the community spaces built throughout the prison. None are expected to wear uniforms.

Imagine living on ... knowing every minute of every day, that this is not your home, these people are not your family, your friends, your children, and you are always one misstep from a cell in a closed prison. You have strict curfews. In town you carry an electronic anklet. Yet nothing here feels unfair or unreasonable. You have, after all, committed a crime serious enough to make a range of other remedies untenable. Nothing you can see or touch or smell or taste, and no interaction with staff gives you anything to blame or resent about the system that brought you here.

Larson's depiction of open prisons as carving out space for purer reflection and remorse is fascinating — and undoubtedly alarming to supporters of the American model of incarceration.

Defenders of the highly punitive American prison would argue that the Nordic attitude toward prisons in general is naive in its assumption that prisoners can be treated as normal humans who can improve. Yet Nordic countries remain quite safe after allowing people who have committed the most severe crimes to spend time in them, generally for far shorter sentences than in the U.S.