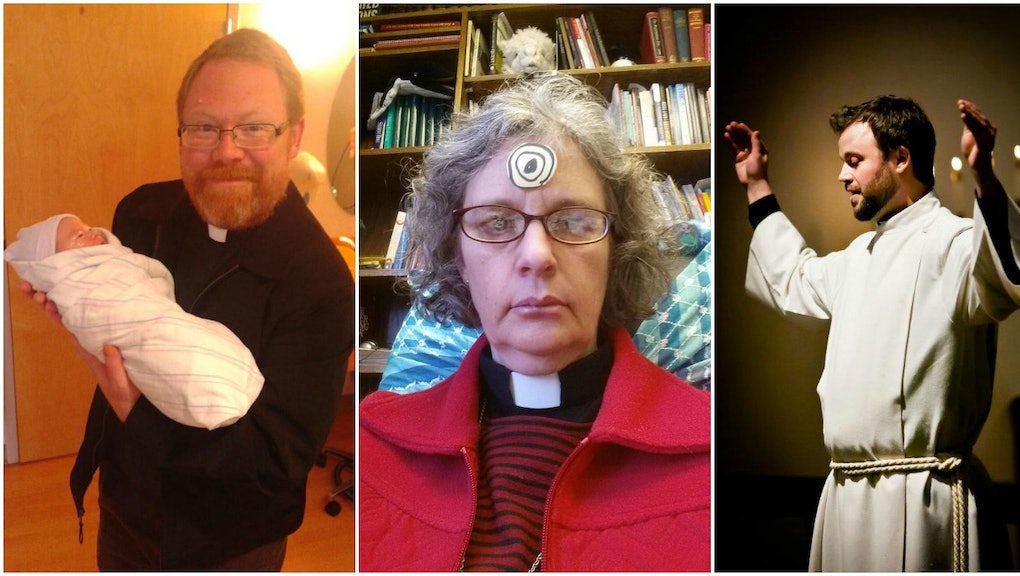 Police Used Mugshots of Black Men for Target Practice. These Clergy Had the Best Response

In December, while visiting a shooting range in Medley, Florida, National Guard Sgt. Valerie Deant came to a horrifying realization: Members of the North Miami Beach police force, who had just left the facility, had been using mugshots of young black men for target practice.

One of those young black men also happened to be her brother.

"I was like, 'Why is my brother being used for target practice?'" Deant told NBC South Florida. "There were gunshots there. I cried a couple of times."

The disturbing conduct, which prompted outrage from both Deant's family and the community, was met with relative silence from the department. Police Chief J. Scott Dennis said that while the officers involved could have used better judgement, "our policies were not violated." He also noted that the sniper team has minority officers on its team. "There is no discipline forthcoming from the individuals who were involved with this," he told NBC South Florida.

This, however, wasn't enough for some Florida residents — specifically, clergy from across the state who found the behavior heinous and reprehensible. After discussing the issue on a private Facebook page, the Washington Post reports, members of the Lutheran clergy created the hashtag #UseMeInstead as a way to push back against this police department's troubling practice.

The point of the campaign was to inspire compassion, "motivated by our service to Christ and his call to love our neighbors," Rev. Joy M. Gonnerman told the Washington Post.

Above all, it was intended to make those holding the gun think twice before shooting.

"We initially started thinking if a whole lot of us, in our clergy collar and worship attire, sent our photos to them, it would make a really powerful statement," Rev. Kris Totzke, a pastor in Texas, told the Washington Post. Eventually, it spread across the entire country.

The gesture is a powerful symbol. It's not a suggestion to actually begin using photos of real religious figures for target practice — using any image of a real person for that purpose is abhorrent — but the call for compassion hits home at a time when relations between the police community and civilian communities, particularly those of color, are incredibly strained.

It's also a sign of solidarity. "Essentially, we're saying: We're watching, we're paying attention to this," Gonnerman told the Washington Post. There's no difference between the lives of clergy and the lives of the young black men in the mugshots, which seems to have been lost on the North Miami Beach police department.

"It's such a desensitization thing, that if you start aiming at young black men, and [are] told to put a bullet in them, you become desensitized," Gonnerman said. "Maybe, to change the picture, it's 'you know what, dare ya, shoot a clergy person.'"