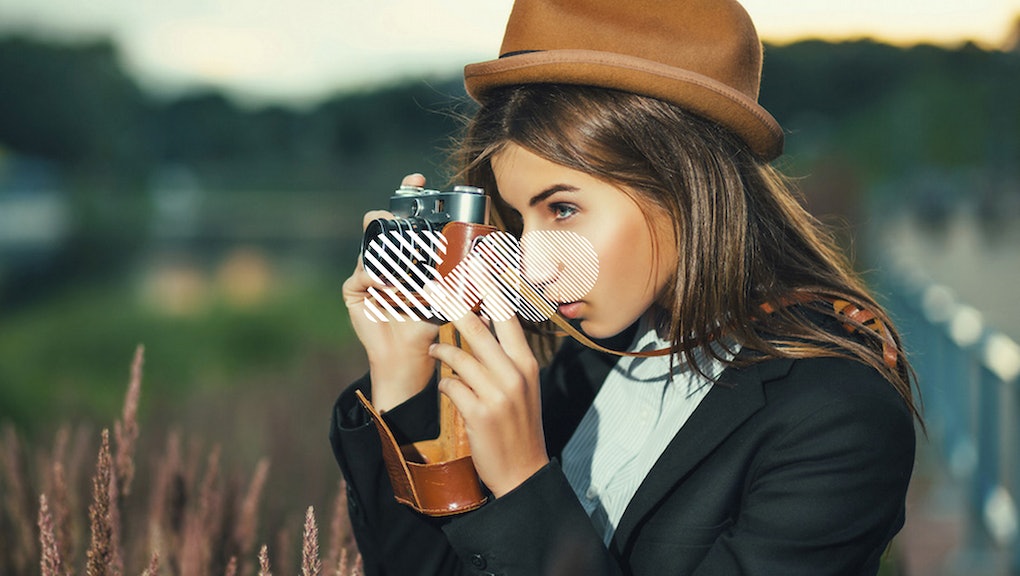 Indie folk star Father John Misty has always been an iconoclast, totally unconcerned with what the public thinks of him. Recently, he's been in the public eye as he geared up to release his second album, I Love You, Honeybear. But on Tuesday, he released the preorder for the highly anticipated album in the best way possible.

Instead of letting Spotify or YouTube's key services devalue his music — as so many artists have accused them of doing — Father John Misty decided to share a special version of his new album through the service, called SAP, a hilarious streaming service that totally ruins the music it serves. Like his music, it's brilliant satire.

The name is short for "Streamline Audio Protocol," but his innovative new service is quite literally designed to "sap" music of all non-essential elements — including, in this case, organic instruments and vocals — and remove the "cost to anyone: artist or fan." The version of his album on SAP is a lifeless, hollow shell devoid of performance or organic sound. But that's part of the point. The entire satirical creation is a bold "fuck you" to the music streaming system and its exploitative tendencies, and a perfect example of Father John's irreverent humor. The point is clear: Good music is worth something, and it always comes at a cost.

On his SAP breakdown, Father John Misty acknowledges that the "alarmist rhetoric and obtuse royalty breakdowns" plaguing the music industry aren't without merit. But with ridiculous marketing jargon, he suggests there has to be a way of "extending the joy of free to the artist as well as the fans."

"Is there a way to prevent anyone from spending money ever?" he asks.

His solution is to sap the life and artistic value from the work, so it will be free for artists produce as well as for fans to consume. He assures the listener that "SAP files sound incredible when compressed and streamed at low resolutions over any laptop speaker or cell phone," taking a subtle jab at Neil Young, who has since April been obsessively promoting a new lossless, high-quality streaming device called Pono.

Misty's facsimile of Spotify jargon is nearly perfect. "For the fans, SAP helps make the daily barrage of content that much easier to analyze and rate, leaving more time for discoverness, freedoming, and sharehood." Because that is all so much more important than the actual music.

SAP hits all of Spotify's pressure points — its slim artist compensation and the technology's innate tendency to discourage listeners from engaging deeply with the music they play. But he's far from the first to take shots at the streaming giants. "Music is art, and art is important and rare. Important, rare things are valuable. Valuable things should be paid for," Taylor Swift wrote in her Washington Post op-ed last summer. In November, Aloe Blacc broke down his royalty earnings for "Wake Me Up," the song he co-created with Avicii — a song that happens to be Spotify's most streamed ever. His calculation comes out to fractions of a penny per play. So many have argued admirably against Spotify's exploitation, but none have done so in as engaging a way as Father John Misty.

To be fair, Spotify is working diligently towards becoming a profitable option for artists, and it is definitely making progress. But until it reaches its high growth goals, it will continue to be a bum deal for the artists. Father John Misty's brutal black comedy should dispel any and all doubt about whether the system is working — and likely garner him some sales in the process. You can support the artist in his quest to succeed outside the industry by purchasing his album through one of the many links on the SAP page, or by going out and picking up a high-fidelity, non-shufflable vinyl in stores Feb. 10.