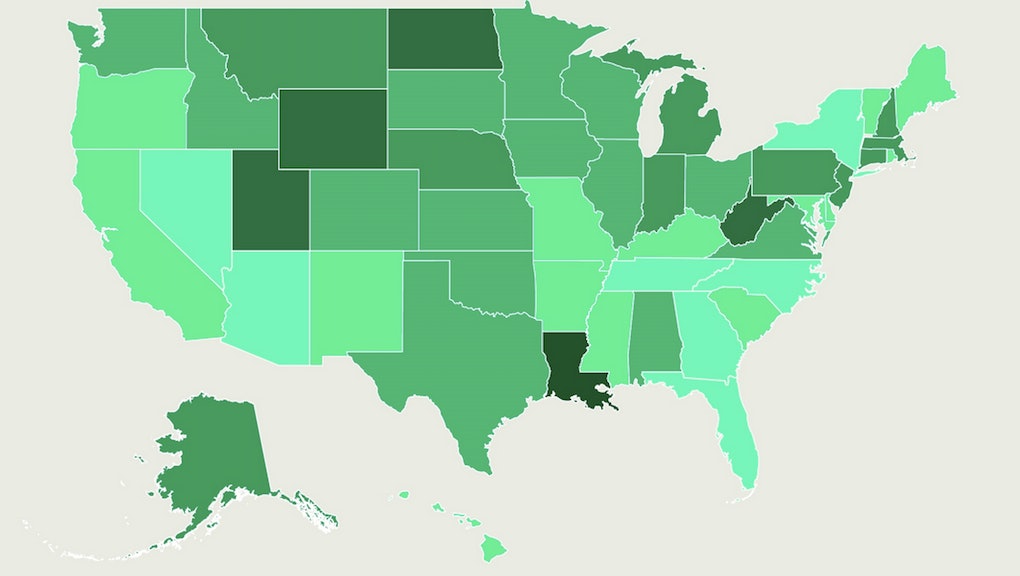 Want to Know How Much More Money Your Male Coworkers Make? Check This Map

The numbers say it all: Men make more money than women in every state in America.

This statistical fact is called the gender wage gap, and it affects female workers in every state in America. If naysayers still can't visualize this fact, the savvy people over at Expert Market created a map, using 2014 data provided by the American Association of University Women. In today's emoji-driven world, a picture says a thousand words:

The gap is greater if you're a woman of color: These figures correlate with the AAUW's statistics that white women earn 78 cents to men's dollar; black women 64 cents and Hispanic and Latina women 54 cents.

Perhaps there's hope that this change will happen this year. In his State of the Union address earlier this month, President Barack Obama said legislation is imperative to making gender equity a reality: "This Congress still needs to pass a law that makes sure a woman is paid the same as a man for doing the same work."