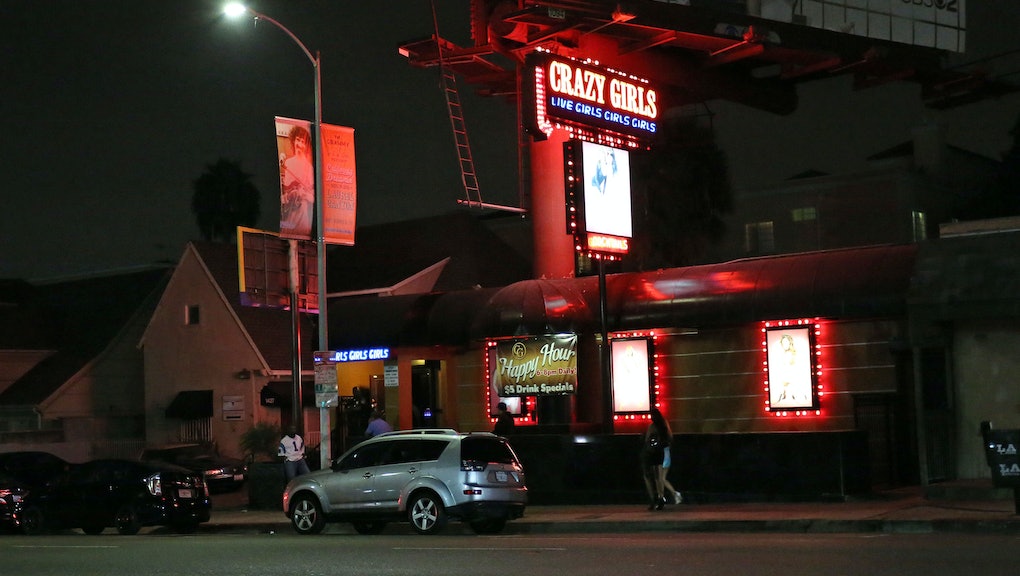 What happens to strippers as they age?

From one vantage point, stripping and the adult entertainment industry at large may offer more opportunity for "older" women than even mainstream Hollywood. "Mature" women actually benefit from certain audience tastes, those in the stripping business attest, and there's a proven audience for that niche. Plus, the main requirement for maintaining success in the business is specific yet simple: being sexy.

But a closer look at the stripping world reveals it to be a meritocracy of sex appeal that's measured by society's typical measuring stick of youthful beauty. There are indeed women who maintain stripping careers longer than some Hollywood stars do in their biz; but it's largely due to their ability to fit the challenging standards all women are held to.

Does "maturity" have a certain allure? Thomas Campbell, manager at Vivid Cabaret NYC, says without hesitation that older women are not only 100% welcome but particularly appreciated: "I've not only noticed a trend of dancers that are 30 years and older being more accepted, and living a healthy inspirational lifestyle ... with these ladies being so in tune with their health comes a much more youthful and attractive appearance."

"I started late by stripper standards. Starting at 26 was better than 18 because I was more wary of drugs  and the possibility of being recruited by a pimp wasn't as likely," no small thing in an industry unfortunately rife with manipulation and exploitation.

Plus, Marissa noted, "Older dancers have a niche market of middle-aged men who come in alone and appreciate maturity."

The "maturity" argument may reflect the long-held conventional wisdom about female sexual peaks. Sex researcher Alfred Kinsey's landmark study of over 5,000 women identified a sexual "peak" for females in the early to mid-30s. Although the scientific concept of peaks been critically re-examined in recent years, many women in their 30s and beyond say they feel a boost in self-confidence, sexually and otherwise, the older they get — which could theoretically contribute to their appeal.

In reality, stripping is an unforgiving meritocracy of sex appeal: While older women may be more confident, they still need something else to succeed in adult entertainment: looks. The adult industry has room for older women as long as they maintain sex appeal, and that still requires them to fall within society's confines of "sexy," which skew younger.

"I don't think there's a problem with being older as long as you look good. If you don't look good naked, you shouldn't be dancing," said Kelsey Nicole Brooks, who started her stripping career at age 18. Seven years later, she's gearing up for her retirement.

"My deadline is 28. I feel like if I don't quit then, I won't quit at all," she said. She still regularly competes in fitness competitions, which has her diligent about exercise and diet, and her plan for retirement is to pursue a career as an aerialist.

Marissa has stayed in the game because she enjoys the flexibility of her dancing lifestyle and the fact that it allows her to focus on her true passion, writing. Her Diablo Cody-esque blog provides a glimpse inside her life and experience in the industry, which isn't all glamour and glitz. That said, she's well aware of society's age pressures.

"My current absolute deadline is age 35, but that's being generous. I'm 31 and hope to be in a normal career and married within the next one and a half to two years," Marissa said.

Another professional stripper, Perelandra, put it bluntly on her website: "It has to do with how well you have taken care of yourself over the years and if plastic surgery is an option for you."

The reality of the business' beauty standards came to the fore when 44-year-old Kim Ouwroulis and 45-year-old Barbara Sanderson filed lawsuits in 2008 against their strip club employer in Canada after allegedly being fired for being too old. Despite what club owners like Hirsch and Campbell may say, the majority of strippers still appear to be younger, with various reports citing an average age of 24.

But there are older women who make it work: The irony is that the elusive definition of "sex appeal," which makes stripper age discrimination cases hard to litigate, can sometimes benefit the women who actively want to stay in the industry. Women who maintain their youthfulness and stamina — essentially stay "sexy" enough to keep doing the job — can find themselves with careers.

Gina DePalma has turned adult entertainment industry into a long-term profession, having started her career as an ecdysiast at the age of 13 in Texas with the help of a fake ID.

"If I can look myself in the mirror and live with myself, then why do you care?" she told Mic about those who may point fingers or judge. Miss DePalma is confident in adult entertainment and doesn't plan on stopping. "If they're still paying, I'm still doing it."