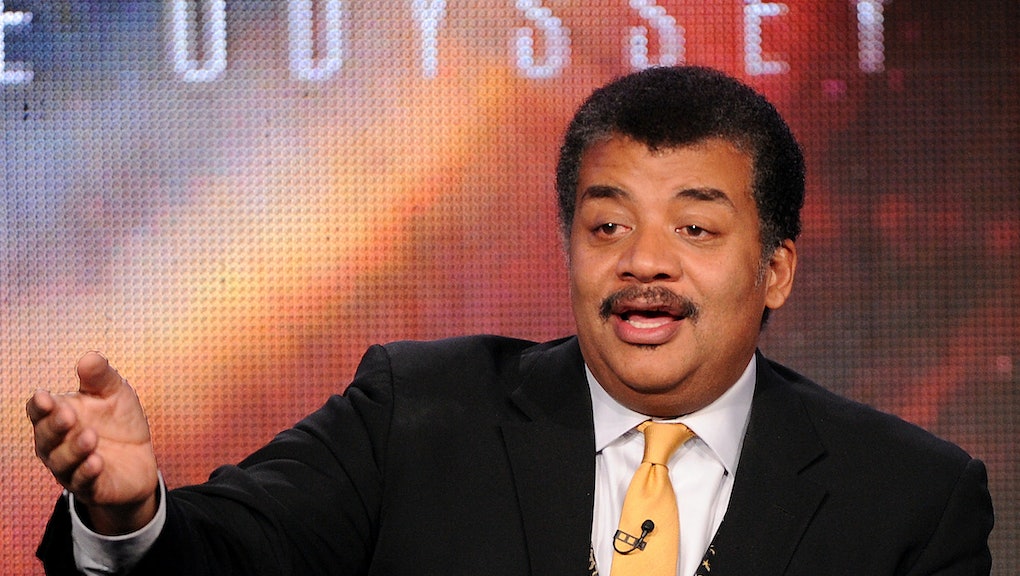 Football, it turns out, is all about physics.

After announcing that he would be analyzing the big game from a scientific perspective, the coolest scientist in the world started dishing out analysis that John Madden and Terry Bradshaw only dream of being able to provide, using his scientific mind to address everything from #DeflateGate to the Grand Canyon:

Some of his commentary was a little tangential:

But his halftime critiques were on fleek:

This was the best part of the game. For those of us who were too busy in chem lab to hit the gridiron, America's coolest space nerd added an invaluable dimension to Super Bowl Sunday. Stereotyping about football and the people who love it has led to dismissal of organized sports by large segments of the scientific and academic communities. Tyson shows that it's not just rabid fans who enjoy or appreciate football — even a genius can enjoy the beauty of a perfect spiral.