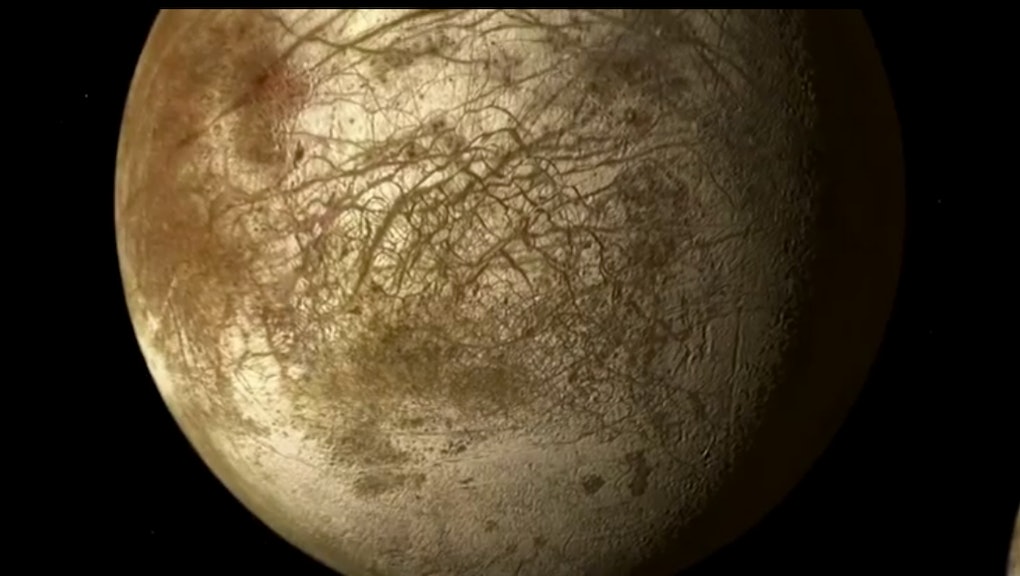 On Monday, NASA administrator Charles Bolden applauded President Barack Obama's proposed $18.5 billion 2016 NASA budget, which proposes raising the agency's budget by $519 million over 2015 levels. While scientists and researchers may be overjoyed with the Obama administration's renewed financial commitment to the space agency, space lovers of all stripes have something else to celebrate: $30 million for the initial stages of a mission to Jupiter's moon of Europa.

Why should you be excited about a trip to Jupiter's icy, desolate moon rather than, say, a manned trip to Mars? Because NASA believes scientific exploration of Europa, more than any other mission in the space agency's history, could produce important data in the search for extraterrestrial life.

Why NASA wants to go to Europa: Scientists have long suspected that Europa's icy shell, which is up to 12 miles thick in some places, could be just the uppermost layer of a deep liquid ocean that could hold all of the chemical building blocks necessary for life. Underwater volcanoes could easily supply any theoretical subterranean ecosystem with enough energy to survive, just as thermophilic bacteria thrive on Earth's deep-sea hydrothermal vents. The ice could protect life below from Jupiter's deadly radiation belts, as well as interact with the radiation to produce nutrients.

"The search for life beyond Earth begins with understanding life on our home planet, and the story may have begun in our oceans," explains NASA Jet Propulsion Lab astrobiologist Kevin Hand in a NASA promotional video. "If we've learned anything about life on Earth, it's that where you find liquid water, you generally find life. So what if I told you that there's an ocean out there, beyond Earth, an ocean in our solar system that's been in existence for billions for years, 10 times as deep as Earth's oceans?"

Even if Europa doesn't harbor life, studying its chemical composition up close could help space scientists more accurately determine the likelihood that conditions that could give rise to new life are common throughout the universe.

How NASA plans to do it: According to Discovery's Ian O'Neill, NASA is most likely to send a solar-powered spacecraft to study Europa from orbit rather than attempt a lunar landing. JPL researcher Robert Pappalardo says that the most likely design candidate is the Europa Clipper, which would complete 45 flybys of Europa during its primary mission. O'Neill reports that the orbiting Clipper would be able to capture images of Europa from closer than ever before, as well as attempt to pick up chemical traces that could be left by "possible water-rich geysers that the Hubble Space Telescope recently detected."

The JPL's website says Clipper would fly by at distances ranging from 1700 to 16 miles (2700 to 25 kilometers) and carry radar systems, a topographic camera and infrared, mass and ion spectrometers.

In addition to hosting two massive 29-foot by 4-foot solar arrays, the craft would also require heavy shielding to protect it from the aforementioned radiation belt. NASA scientists may also choose to launch Clipper using the Space Launch System, a rocket system under agency development that Pappalardo told reports could cut the transit time from Earth to Europa from seven or eight years to just three.

What next: The Planetary Society's Casey Dreier praised the president's proposed allocations for increasing the agency's "underfunded" budget, but noted that it still needed to clear a Republican-dominated Congress to pass into law. It also remains to be seen how tea party favorite Sen. Ted Cruz, who recently became chair of the Subcommittee on Space, Science and Competitiveness, will choose to handle budget requests.

But past the political uncertainties, it's exciting to learn that NASA has committed to taking a trip to Europa. With the planning phase already well underway, the secrets of Jupiter's sixth-closest moon might be unlocked in the next decade.