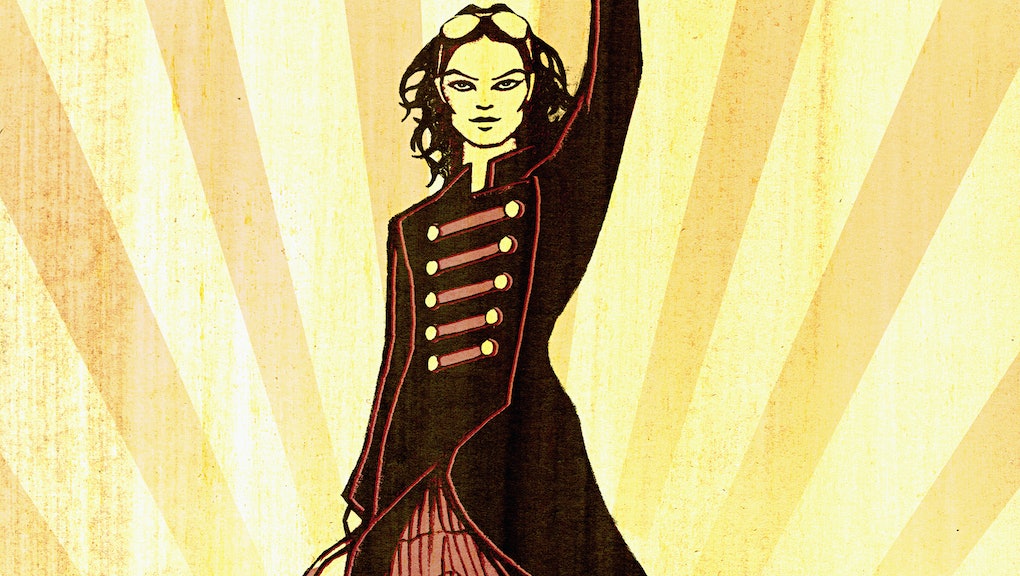 There Is No Place for Discrimination in Feminism

Disheartening. Disappointing. Infuriating. These are the emotions young feminists feel when an older person in the movement seems to forget what feminism is all about: the equality of all genders.

When older generations of feminists champion discrimination and prejudice against women who don't look exactly like them, the entire movement loses.

This is what happened last week when second-wave feminist icon Germaine Greer unleashed a transphobic diatribe during a talk at Cambridge University's Cambridge Union Society. Not only did Greer dismiss the existence of trans people, she haughtily asserted that transphobia is a fabrication — the irony of her own transphobia as evidence to the contrary seemingly lost on the noted author and activist.

"Women are 51% of the world's population and I've got to worry about transphobia," she is quoted as saying during the talk. "I didn't know there was such a thing. Arachnophobia, yes. Transphobia, no."

This was not the first time Greer, an Australian firebrand whose seminal feminist critique The Female Eunuch is firmly established in the annals of feminism, has spoken out against the trans community and trans women in particular. In the aforementioned text, published in 1970, Greer contends trans women are "men who mutilate themselves and are given passports as statutory female."

But that was a different era. Second-generation (and overwhelmingly white) feminists have egregiously anchored themselves to a way of thinking, ironically ensconced in the biological determinism that they sought to refute in their own activism. What happened to the Greer who, in 1971, took on Norman Mailer and all misogynists at the infamous Town Bloody Hall and kicked ass in the name of gender equality? What made her go from championing equality to championing discrimination, transforming from feminist icon to TERF champion?

Fear. Greer's position is not unique, but it is representative of a contingent of second-wave feminists who seem to be living with a chip on their shoulders. They fought throughout the 1960s, '70s and '80s in the name of feminism only to be overtaken by the political beast of "queer" and queer theory in particular, which, they lamented, eradicated their (cis) gender.

In the face of this potential loss of power, it's conceivable that this transphobia is a way to elevate themselves, by discriminating against other women, trans women, women of color and lesbians. In her speech last week, for example, Greer used biology to discriminate against trans women, audaciously suggesting that trans women aren't women because they don't know what it's like to "have a big, hairy, smelly vagina." Frankly, I bet many trans women, and many of their feminist allies, would beg to differ.

This needs to change. And soon. If the feminist movement has a hope of becoming more powerful it must continue to attain continuity and depth. This will not happen if this type of division is allowed to go unchecked. Greer and other elder feminists need to do what Gloria Steinem did: ruminate on the true meaning of feminism, let go of their insecurities and realize that feminism is much larger than their ego.

Throughout most of her career, Steinem was notably quiet on gender discrimination, and, at times, openly bigoted against the trans community. This led to an apology in the Advocate in 2013. "I'm grateful for this opportunity to say that I'm sorry and sad if any words floating out there from the past seem to suggest anything other than support, past and present," she wrote. "As feminists know, power over our own minds and bodies comes first."

Let us be clear: There is no place in the feminist movement for transphobia, racism, classism — or any form of prejudice. Feminism does not believe difference equals discrimination. Feminism is about the celebration of diversity and the advocacy of the legal equality for all people.