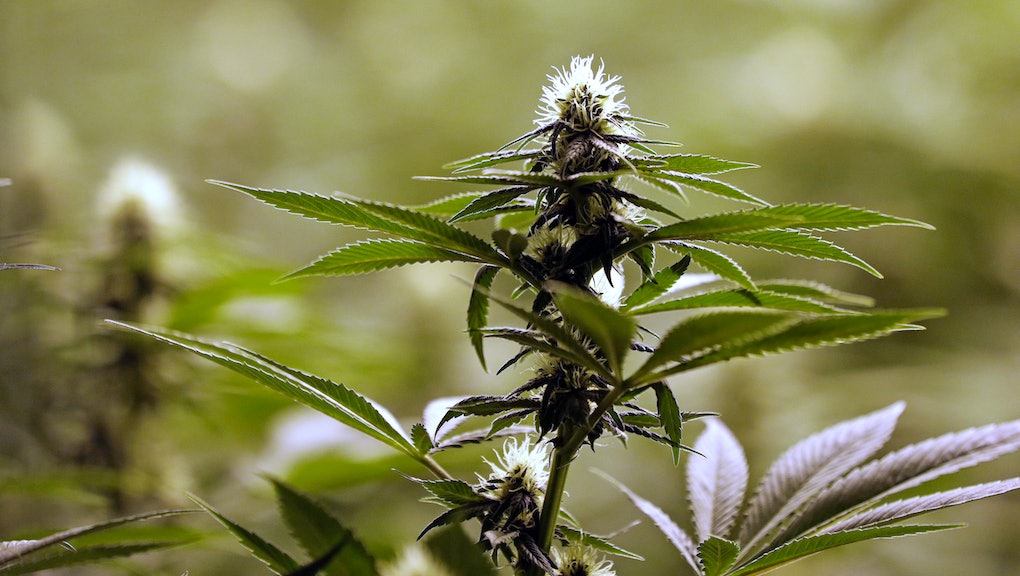 The American medical community and the federal government have been warming to marijuana recently, and on Wednesday, both took another small step toward accepting the long-stigmatized drug.

Dr. Vivek Murthy, the new surgeon general of the United States, spoke of the medical benefits of marijuana (and the importance of bringing research into the policy debates about its regulation) during an interview on CBS This Morning.

"We have to see what the science tells us about the efficacy of marijuana," Dr. Murthy said when asked about his personal stance on legalizing marijuana. "We have some preliminary data that for certain medical conditions and symptoms, marijuana can be helpful," said Murthy. "We have to use that data to drive policy-making."

Murthy's remarks aren't without precedent for a surgeon general, who acts as the leading spokesperson on public health issues for the federal government. As the Huffington Post notes, during the Clinton presidency, then-surgeon general Dr. Joycelyn Elders said that legalizing drugs would "markedly reduce our crime rate."

Just last week, the American Academy of Pediatrics released a policy statement adjusting its stance on marijuana, advocating for governments to decriminalize the drug. The AAP argued against burdening minors with criminal records for possession, and called instead for its young users to be viewed as patients rather than criminals.

Decriminalizing marijuana "takes this whole issue out of the criminal justice system and puts it into the health system, where it really should be," Dr. Seth Ammerman, the policy statement's lead author, told Reuters.

The group also laid out an argument for reclassifying marijuana's status as a controlled substance in order to facilitate research endeavors into marijuana's medical risks and benefits. Marijuana's status as Schedule I drug — the class of drugs most strictly regulated under the Drug Enforcement Agency's regime — has hampered scientific inquiry into its effects.

Murthy's hope that research into marijuana's benefits will have bearing on the policy debate hinges on measures like marijuana's reclassification, so it should be interesting to see if there's any movement on that front in the near future. Let's hope the slow march toward rational marijuana policy carries on from all quarters.