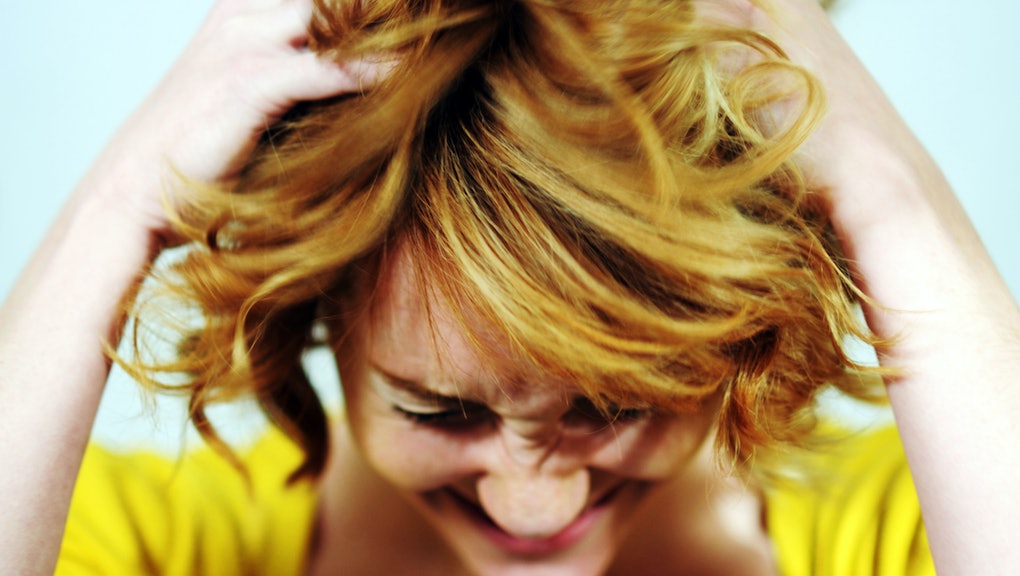 Are You One of America's Most Stressed Out People?

If you're a woman, in your early 20s or 30s, a parent, or making less than $50,000 per year, congratulations: You're one of America's most stressed-out people.

The affirmation comes courtesy of the American Psychological Society (APA), which released its annual Stress in America survey on Wednesday. It looked at 3,068 Americans over the ages of 18 and polled them on everything from their finances to childcare to health concerns.

Overall, most Americans reported that money worries were top of mind, followed by work, family responsibilities and health concerns:

But while average reported stress levels decreased, clocking in 4.9 on a 10-point scale, compared with 6.2 in 2007, they're not down equally for every demographic. "Stress is not going down as much for women, for people with low incomes, for young adults, or for people who are parents," Norman Anderson, chief executive officer of the APA, told Bloomberg Business.

Young people reported much higher levels of stress than their older counterparts; Millennials rated their overall stress level at 5.5, compared with the average of 4.9 points. 36% also said that their stress levels rose in the past year, which was the most of any generation. Troublingly, a large number of millennials also noted that they felt isolated or lonely due to stress.

Women were also bitten hard by the stress bug. Women continue to battle higher anxiety levels than men; in 2007, their average level was 6.3, compared with 6.0 for men. In 2014, it was a similar story, with women totaling 5.2 and men totaling 4.5 out of 10.

Given this, it's perhaps unsurprising that women show more symptoms of stress. 41% said they had overindulged or consumed unhealthy foods in the past month, and 30% reported that they had skipped a meal because of stress.

Meanwhile, parents — particularly those with children under 18 — felt the crunch. They're less likely than the average American to report feeling financially secure, and 71% stated they had "just enough" or not enough funds to make ends meet every month.

Why would these groups be feeling the most pressure? The economy has a great deal to do with it. While many indicators — the unemployment rate, the Consumer Confidence Survey, gross domestic product — reflect that America's economy is moving in a positive direction, that doesn't mean that everyone is recovering equally.

The bottom 99%, particularly those in lower income brackets, are still feeling the pinch of the recession. "It appears that the gap between the 'haves' and the 'have nots' is widening," the survey notes, and they're not wrong: As the Washington Post reported in 2013, the top 1% earned 95% of gains during the 2009-2012 recovery period. The rest of the country? Barely anything.

Debt also plays into the equation. The Class of 2014 was the most indebted graduating group — the money they owe is almost double what their predecessors owed 20 years ago. Student debt has increased dramatically in the last decade, ballooning from $500 billion in 2007 to over a trillion dollars in 2014.

While not every source of stress is finance related, it's very clearly a trigger for thousands of Americans. And good luck if you're a woman or a parent — we'll pour one out for you.