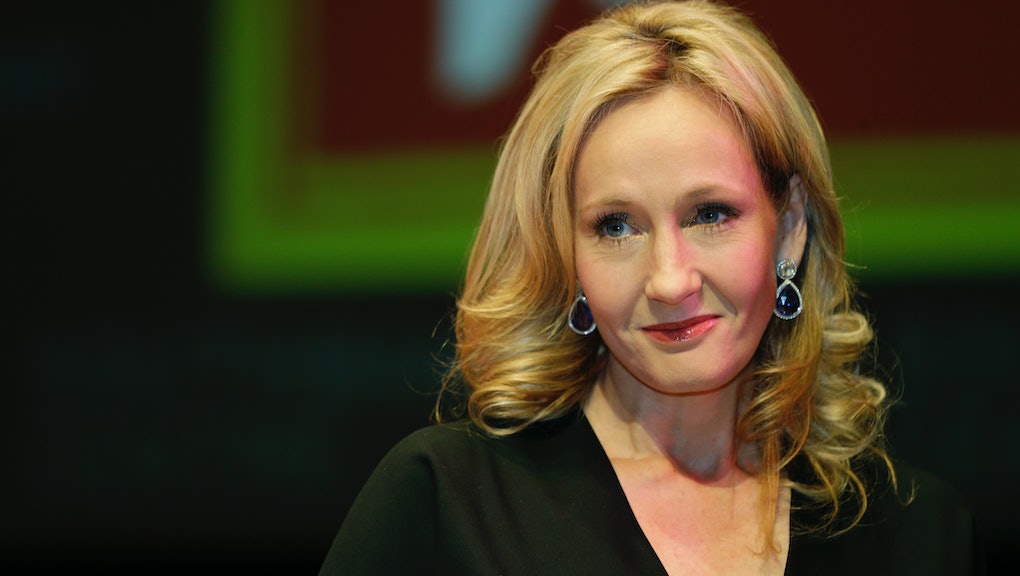 The Harry Potter series may have officially come to an end in 2007, but the universe and its characters still live on in the hearts of fans everywhere.

To wit: They're still trying to figure out some of the series' unexplained mysteries. One such question — Why wasn't the Horcrux inside Harry destroyed when he was bitten by the Basilisk in the second book? — popped up recently on Tumblr.

Fans will remember that the venom of the Basilisk, the gargantuan reptile that lived below Hogwarts, can both kill a wizard and destroy a Horcrux, one of seven objects that housed a piece of Voldemort's soul. Harry was bitten by the creature during the climax of Harry Potter and the Chamber of Secrets, but he was saved by the tears of a phoenix.

Yet, as we later learned, the last Horcrux was actually inside Harry's body. So, what gives?

Thankfully, J.K. Rowling came to the rescue in a big way:

She really does have all the answers.

Not content to stop there, however, she answered two more questions from Potterheads:

The Harry Potter series is powerful because it creates a world that seems absolutely real, and Rowling's answers to these questions — as specific and nitpicky as they are — affirms that realness. She has, quite literally, thought of everything.