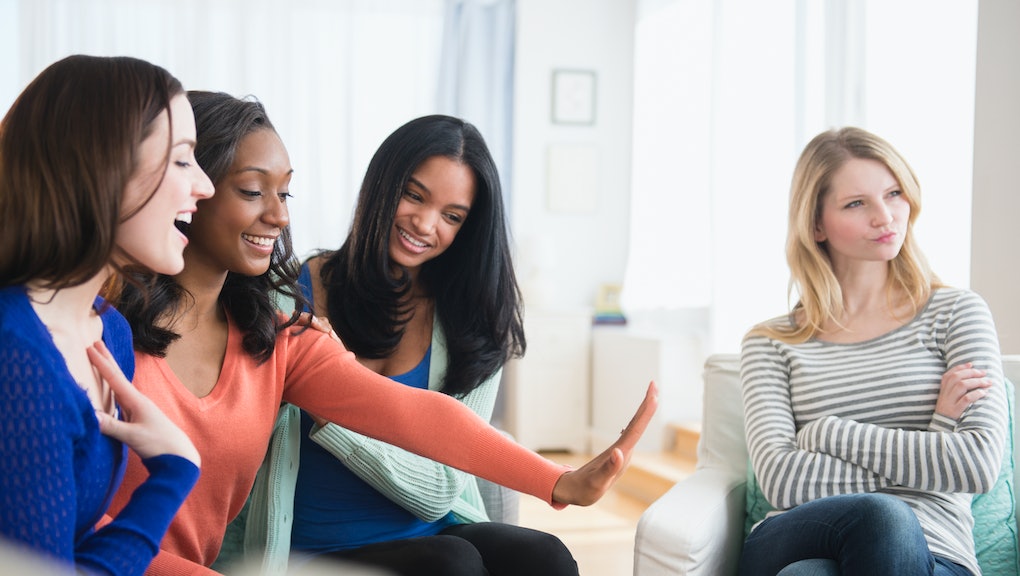 The Case for Settling for Mr. OK Instead of Waiting for Mr. Right, According to Science

Is settling for Mr. OK a better dating strategy than holding out for Mr. Right?

Young people are often told not to settle for a partner who makes them anything less than 100% happy. But new research from Michigan State University and published in Scientific Reports suggests that, evolutionarily speaking, settling might be the most natural dating strategy for everyone.

When studying the nature of risk aversion, evolutionary researchers at MSU found that when the stakes are high, such as when we might mate or not, it's in our nature to take the safe bet.

Hedging our mating bets: The researchers designed a program that let them calculate how likely it is for a person to take the risk of waiting for a better partner or settling for the one they had. They used "digital organisms" and programmed them to respond to different situations. Organisms that were "riskier" (i.e., suitors who, for example, wanted to play the field) were more likely to be eliminated from the game in the long run without passing on their genes. In the end, the only organisms that "survived" were the ones that avoided the risk and took the first opportunities to pass along their digital genes.

The conclusion? Settling isn't just a better strategy than we often consider — it's something we can't actually help doing.

"Your ancestors avoided such risk, hence they made more offspring than those who were riskier or even neutral, and now you avoid risk, because that was evolutionarily better and you inherited that from them," Chris Adami, an evolutionary biologists and co-author of the study published in Nature Scientific Reports, told Mic. "When it comes to a simple decision like 'do or don't,' humans are remarkably predictable."

Being less picky about who your partner is gives a person more opportunities to pass along their genes, and it turns out this was just as important to our ancestors as it is to us today.  But the principle of procreation is incredibly simple: Use 'em or lose 'em. All living things respond to the selective pressure of passing on their genes.

"Think of it as risk-sharing," said Adami. "And think of it as playing a high-risk high-stakes game. Imagine you play a game, but you can play it only once. Either you get $100,000 for sure, or you get $10 million with a chance of 10%. You will likely take the $100,000, even though the average payoff of the second option is 10 times higher. You do this because if you lose out on the big prize, you lose out completely. It is the equivalent of not having any offspring at all."

With more options, less need to settle? Before the modern dating world was a cornucopia of apps and reduced the act of romantic intrigue to a simple swipe left or right, people had to rely on meeting others within their immediate community. If that community was large, it was clear: You had more options. If that community was small, say 150 people or less, a person was more likely to take what he could get.

The explosion of choice wrought by the promulgation of dating apps may have changed the way we think about dating, giving us the sense of operating in an endlessly expanding dating pool.

"We probably don't live in such situations anymore. Our cognition is now way more complicated, and there are all sort of other things that influence behavior," Arend Hintze, another evolutionary biologist who also co-authored the study, told Mic.

But Hintze says that there is good evidence we still operate within small communities, even within our larger ones — we still often prefer dating people in our social circles.

The word "settling" gets a bad rap: While "settling" has plenty of negative connotations today, looking for someone good rather than perfect isn't a shameful strategy. In fact, holding out for the One can build up unrealistic expectations and leave us dissatisfied.

"[Too many people] think I have to pick just the right one. Instead of wondering, 'Am I happy?' they wonder, 'Is this the best I can do?'" Lori Gottlieb, author of Marry Him: The Case for Settling for Mr. Good Enough, told the New York Times. The fear of settling can trap us in an endless, anxiety-filled search.

And if you doubt the relationship experts' advice, at least trust the scientists.

"Those who actually make the safer bet have an actual measurable advantage over those that 'gamble' on a potential higher payoff because they very often wait for now," Hintze said. "This in turn means that the preference for 'Mr. Right Now' could be genetically selected for."

Adami says the big takeaway is that the machinery we use to make decisions, our brain, evolved a long time ago. So remember, lovebugs: Keep calm and settle on.