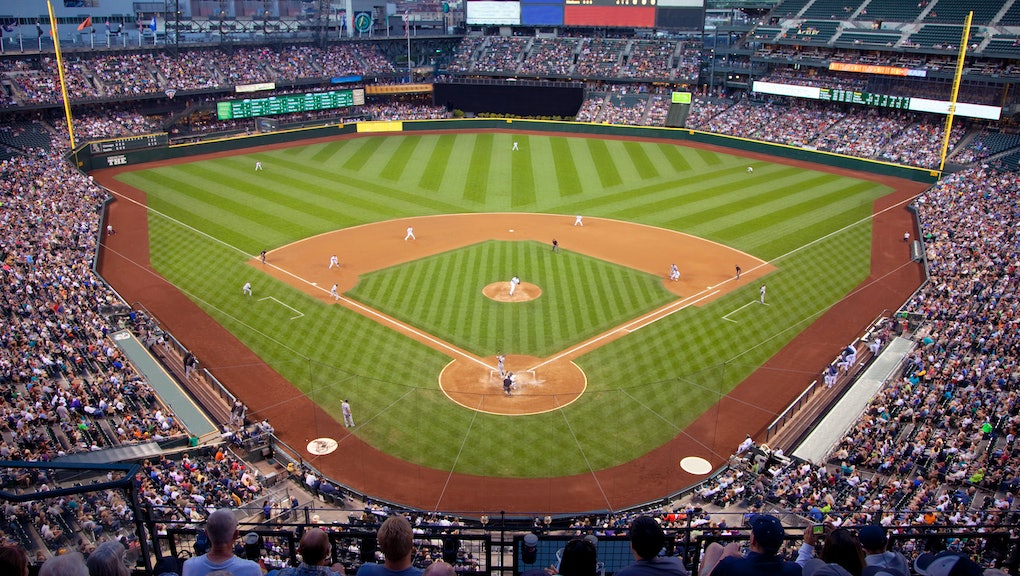 We're all familiar with that tired and overused baseball metaphor — you know, the one that equates sexual advances between girls and guys as "bases."

It goes like this: First base is a hot and heavy makeout session. Second base is all hands with the guy making his way up the girl's shirt. Third base is oral and a home run is well, doing the deed.

The goal is to "score": The metaphor of sexual activities as baseball, a concept apparently dating as far back as the 1940s, is inherently goal-oriented. That mentality is especially influential when we're young, just beginning to explore sex in the context of peer pressure and desires to fit in. With sex quickly becoming the goal in and of itself, young people can feel the need to lose their virginity because everyone else is — and perhaps jump into bed before they're ready or truly want to.

When sexual exploration becomes goal-oriented, satisfaction becomes secondary, and we risk missing out on the various kinds of emotional and physical satisfaction sex offers. "It is helpful to imagine sex as a journey," blogger Clarisse Thorn wrote. "It helps to focus on having fun throughout, instead of doing what it takes to reach the 'goal' of orgasm. If you're not taking pleasure in the journey — or at least indulging some curiosity — then why keep going?" Instead, we're off and running to the next base instead of taking time to explore our own bodies and sexuality.

Intimacy gets ranked: Setting intercourse as the goal inherently means ranking other sexual acts as less intimate, which ignores the complexities of our desires and comfort zones. For one, there are so many other intimate acts beyond the supposed four, although who even knows which four, exactly, are ever being referred to.

For one, we know foreplay is a huge part of sexual satisfaction, especially for women, as science and centuries of pretty solid anecdotal evidence have proven. In a rush to pass the specifically spelled-out bases, foreplay isn't even a priority — first base isn't something to brag about to your "bros."

Moreover, the acts between first base and home can be extremely intimate, perhaps more so than sex. This is especially key for women, who are more likely to orgasm when oral sex is involved. Many have said that letting a man go down on her feels "intimate and emotional and thus more desirable in a relationship," not something to be shared with just a fling. The French, in stark contrast to we all-American, baseball-playing Yankees, tend to define oral sex and intercourse about the same in terms of intimacy.

"People in America don't think it's intimate the way we do in France," one Parisian woman noted to Jezebel. "Maybe [oral] is more intimate," Johanna Luyssen, an editor at the French magazine Causette, added.

And there are women who aren't comfortable enough with their own bodies to receive oral, the pressure to hit that "third base" benchmark ignoring their own preferences.

Ultimately, the ranking ends up disregarding the ways women experience sex and orgasm, focusing the system inherently on male pleasure. And by assuming a strict ranking, the base system de-emphasizes communication — which only can make sex better — but focuses on the fulfillment of a narrow set of desires.

"Sex" becomes the only home run: Within this "base system," sex is only sex when it is P-in-V — you're just building up until you score a penetrative home run. But sex is more than that. It can involve mouths, fingers, toys — and sometimes you don't even need to take your clothes off to be intimate. Making penetration sex the goal is essentially framing the game around the heterosexual male experience of pleasure.

That focus on "real" sex not only ignores the intricacies of female pleasure; the base system also disregards the queer experience of gays, lesbians, asexual people and other sexual minorities. Lesbian women experience sex very differently; for many same-sex female couples, for example, the act isn't always about penetration, nor is oral sex only a lead-up to some other main event.

As self-described asexual Emily told Mic, "There's a worship of the idea that 'P-in-V' is the only way you can lose your virginity. That is kind of ridiculous and contributes to that black-and-white idea of what sexuality is."

In reality, we're all playing a different game: Sex doesn't look the same for everyone nor does everyone want to engage in the same intimate acts at a certain moment in time, or ever at all. Sex is personal, and the experience varies. But when it becomes goal-oriented, the individual experience is erased, replaced by a checklist that treats intimate interactions as items to be checked off. Like an aging MLB player, it's time to retire the system.