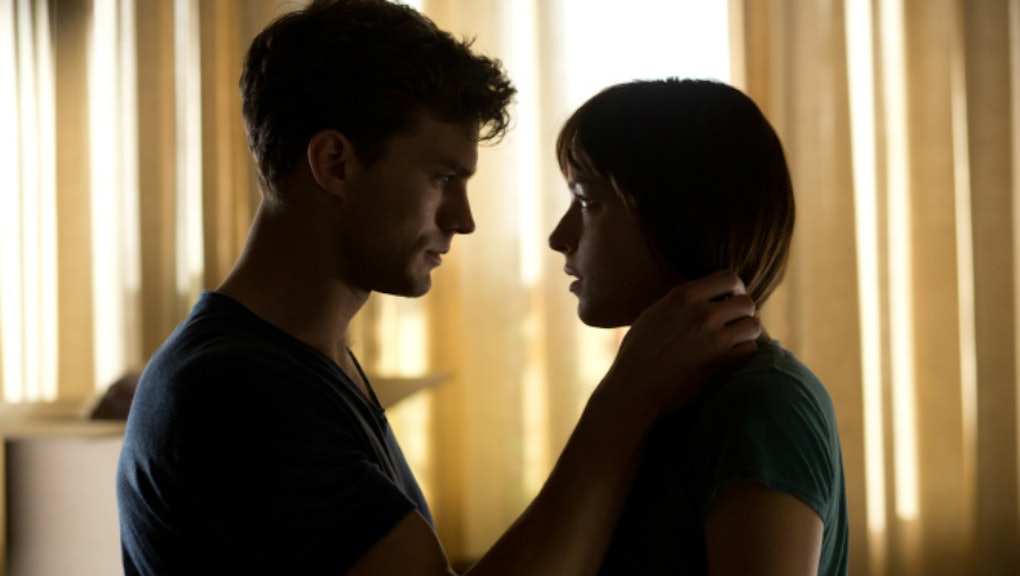 The impact 50 Shades of Grey has had on popular culture can't be overstated. In episode 427 of the Savage Lovecast, sex advice columnist Dan Savage noted that Dornan's kink-phobic statement reflects the same "you don't have to be one to play one" mentality that has historically distanced mainstream actors from the underground sexual communities they represent.

Today, we don't know of any openly kinky actors, and cannot rely on 50 Shades of Grey — as astronomically popular and conversation-starting as it may be — to proliferate healthy or entirely accurate representations of kink. And that's a big problem.

"While pain does come into play for many people, even that has a huge range, from gentle hair-pulling and running your nails across someone's back to flogging and caning," Shanna Germain, author of As Kinky as You Want to Be, explained to Mic.

Myth: You can spring kink upon a partner to spice it up in the bedroom.

Common myth: Every person is either kinky or totally vanilla.

Fact: Sexual preferences, fantasies and identities are not that cut and dry. Most of us end up somewhere in the middle of the vanilla-kinky spectrum.

Who someone is in a BDSM bedroom scene has no reflection on who they are as a person on the street. Zoë Tersche, a writer for Fetish.com and founder of the Wink, an online list of kink events across the U.S., told Mic that submissives aren't necessarily victims. "Sometimes they are and sometimes they're not," she said. "People in 'vanilla' relationships are also sometimes treated poorly, and sometimes are not. Stepping into a submissive role is acknowledging that submission is a role. This act in and of itself is a declaration that the person partaking is not innately submissive, or else the role would not be, well, a role."

In many ways, submissives might be the ones in power. "They set the parameters and the boundaries and — most importantly — they make the choice to submit," Germain said. "They choose it. They consent to it."

Additionally, the Kinsey Institute has estimated that 5% to 10% of the U.S. population has engaged in a form of sadomasochism at least one time in their sex lives. Brame stresses this kind of pervasiveness, pointing out that if kink culture had this many fans, how could it really mean there was something wrong with them?