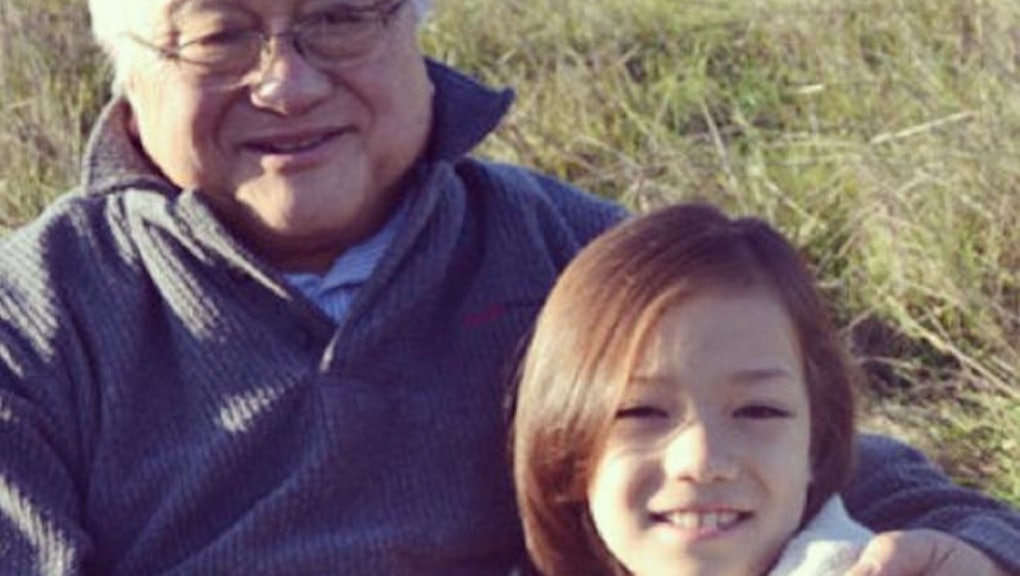 Congressman Tweets Heartwarming Message of Support for His Trans Granddaughter

To put it mildly, the Internet — and the world at large — is not always a bastion of support for trans individuals. At least six transwomen of color have been murdered this year, and a 2011 report by the National Center of Transgender Equality revealed that 82% of transgender youth felt unsafe at school.

On Wednesday, California Congressman Mike Honda did his part to combat this violent reality by expressing a sweet message of love and support for the transgender community.

This legislation, as well as Honda's tweet, address an important reality affecting LGBT youth. According to a 2013 report by the Gay, Lesbian & Straight Education Network, LGBT youth reported facing three times more online harassment than their straight or cisgender peers. Another report from 2011 showed that 32% skipped school for at least one day because they felt unsafe.

Unfortunately, the tweet also exposed the fact that some remain ignorant about the experience of being transgender.

Being transgender is not an "idea" but rather a gender identity held as consistently among transgender individuals as among their cisgender peers. And while it's clear that there is still much work left to do when it comes to educating the public about LGBT issues, more often than not, Honda's followers responded to the Congressman's statement of love and support in kind.

Honda's sentiment, combined with the outpouring of support it prompted, offers hope that we are moving closer to a society in which everyone works harder to respect and understand one another — as well as a society in which that respect can be better reflected by our legislation.