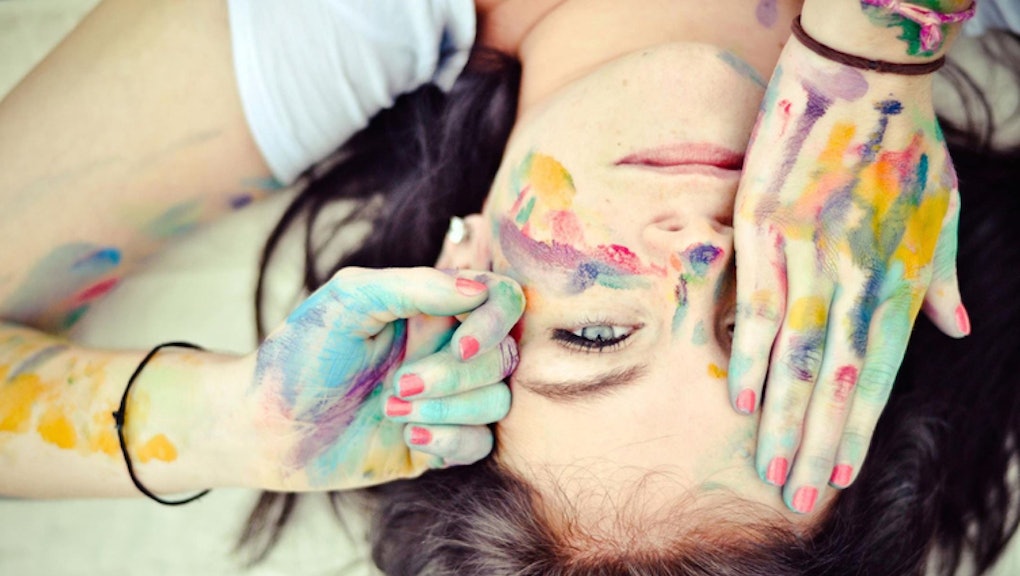 Vincent van Gogh once said: "The more I think about it, the more I realize there is nothing more artistic than to love others." But we all know that van Gogh, one of the most highly influential and revered artists of the 20th century, was actually notoriously single.

In fact, the solitary nature of artists might be the very thing that leads to inspiration. A new study from the Journal of Family Issues looked at the relationships between creativity and love in 1,529 participants and found that love is not, in fact, an everlasting muse. But being single could be.

"In essence, what we found was that some creativity, like everyday creativity (the kinds of things you do every day, like cooking or making a scrapbook) was positively associated with passion, intimacy and commitment. Whereas artistic creativity (writing, acting, painting) was negatively associated with all three love components," James Kaufman, a professor of educational psychology at the University of Connecticut and co-author of the study, tells Mic.

The findings cast doubt on the traditional assumption about passion and love fueling creativity. In the past, studies have concluded that thinking about romantic love can trigger global processing in the brain that lead to big picture ideas, which is ideal for creativity. But in finding a link between non-artistic creativity and romantic relationships, this research also draws a connection between artistic creativity and solo status.

The researchers theorized that the type of creative energy needed for higher artistic pursuits could in fact detract from relationships. "Artistic creative acts tend to be more solo," Kaufman says. "In some ways, it's not that different from people being 'married to their work' – some people can be 'married to their art.'"

The freedom to create: Why are the most creatively-inspired people most often single? The study suggests people with creative personalities thrive most when alone. "One reason might be that being creative in the arts gives people meaning and purpose in life," Kelly Campbell, associate professor of psychology at California State University and co-author of the study, tells Mic. "Having such needs met by activities that are often intensely personal and solitary" may mean artists are not looking for that same kind of fulfillment from a partner.

Single life also allows for more time alone, which can account for an increase in creativity. Science has shown that our brain's default network (the part of our brains engaged when we let our mind wander and daydream) can stimulate significant creativity. And who are the people letting their minds wander all the time? People who spend a lot of downtime alone, such as singles. (It doesn't hurt that heartbreak, loneliness and unrequited love are inspirational concepts themselves.)

It's just one more reason to celebrate singleness. With single Americans making up more than half of the adult population, it's important to recognize the unique and expansive benefits of being unpartnered — more time for fitness, less debt, less stress, more freedom to travel. Great artistry is another one we can add to the list.

So, maybe you aren't spending this winter being "everyday creative," knitting beside your beloved or taking that pickling course for couples, but singles are more likely to be painting a public mural, dancing ballet or crafting the next great American novel. That doesn't sound bad at all.