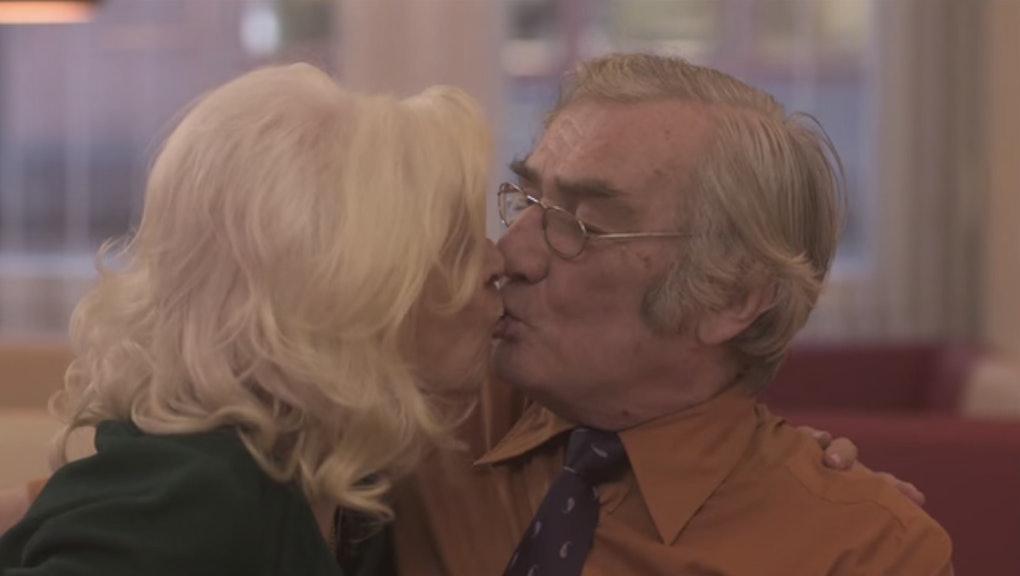 There are more than enough reasons to be cynical about love these days, from stubbornly consistent divorce rates to the soul-deadening, swipe-happy state of courtship.

But every so often, something — or someone — comes along to give us (including the over 50% of us who are single) hope that a lifetime of love is possible. The three couples of Young Hearts, a new short film from Acapulco Films, do just that.

All in their 70s or 80s, the German couples at the center of the film are not only still in love; they are also regular attendees at a "senior disco" in their German suburb of Steglitz, getting down on the dance floor to DJ-spun tunes. Even after years together, sparks still fly between them.

What keeps a love going:  That's not to say all three pairs have been together their whole lives. In fact, 79-year-old Hans and 76-year-old Edith only married three years ago. But what each of the couples highlights is the important point that love, like romance, doesn't simply sustain itself — it must be nurtured and treated as new every day.

Keeping the physical chemistry alive is key. "At our age, there is just tenderness, snuggling and kissing," said Ellen, 84, laughing with her partner, Horst, 77.

The couples also reveal a continued sense of wonder, appreciation and excitement about the person you're with — in short, that middle school feeling we like to call a crush. Being able to maintain that over the course of decades is hard to imagine, especially for those just beginning relationships. But it is possible.

That love might change, as Edith said: "The state of being in love is not a permanent condition." But that's not a threat to lifelong romance — rather, it's the secret to it.

That was the finding by Cornell University professor Karl Pillemer, who researched over 700 people ages 63 to 108 on their views on love. As Pillemer told Today last month: "Almost all of the people I interviewed were still very deeply in love, felt that love had grown and changed over the time they've been together and, surprisingly, felt that intimacy often was as good or even better."

What gives us hope: There's a reason love stories from the senior citizen set make us swoon. (Hello, The Notebook.) Directed by Nadine Schrader and Julia Wilczok, this short film gives us hope that the simple feelings of love, affection and happiness can persist, still as strong at 84 as they were at 24.

More importantly, couples like these three show us how to keep them alive: Time may pass and life may change, but that doesn't mean you stop appreciating the person next to you. A crush is a crush is a crush, no matter how old you are.