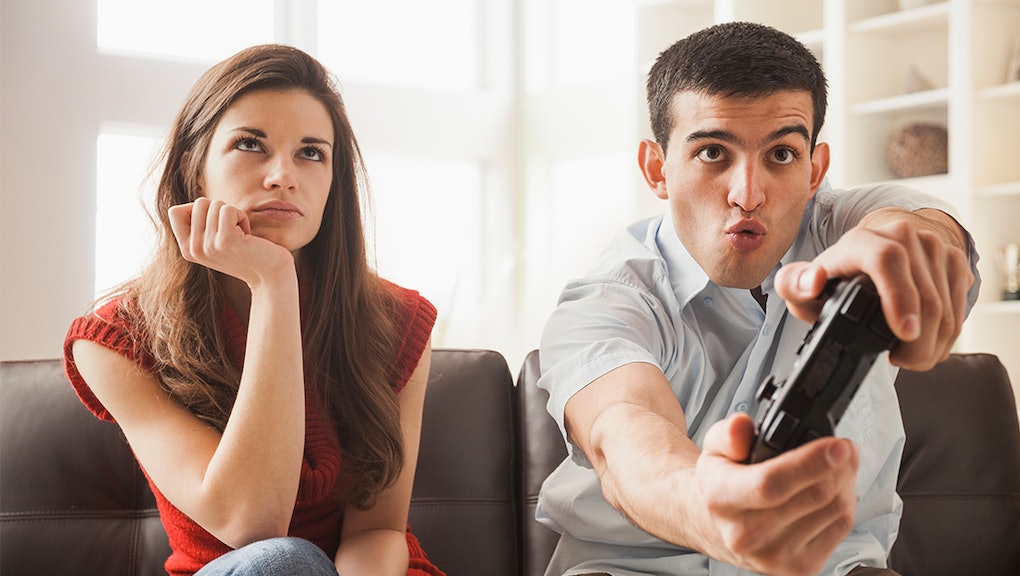 Science Explains Why Women Are Faster to Mature Than Men

Being "mature" is all in your head.

A 2013 study published in Cerebral Cortex offers a scientific explanation behind the common notion that men take longer to "act their age" than women do. According to the study, it's rooted in the fact that the female brain establishes connections and "prunes" itself faster than the male brain.

"It seems that the process starts a few years after birth and continues to occur until around 40 years old," co-author Sol Lim, a graduate student at Newcastle University in the United Kingdom, told Mic.

She explained that the human brain undergoes major changes anatomically and functionally as we age, and these changes make the connections in our brain more efficient. Notably, Lim's research found that this process tends to happen at an earlier age for women than men, which may explain why some women seem to mature faster than men.

For the first few years of life, there's an "initial overabundance of neurons, connections, folding of the brain surface," Lim said. "After that, [a] 'pruning' process occurs for refinement, to make the brain network more economic and efficient." It might seem strange to think of the brain condensing as it improves rather than expanding, but that helps to explain this particular maturation effect.

The Study: The researchers recruited 121 people between the ages of 4 and 40 and used an imaging tool to estimate how different regions of the brain might be communicating, specifically looking at fiber tracts that connect brain cells to one another. Lim explained that as the fiber tracts get reorganized, the brain gets rid of some of the tracts between cells that are already close to each other, but keeps the ones that connect brain-cells that are far away (but still need a line of communication).

The science: At birth, men and women have about the same number of brain fibers. These fibers create a network that helps us to learn and develop. As we get older, the brain finds a faster way to communicate messages from one region to another. Think of it like having a face-to-face conversation with someone instead of shouting to them across a loud and crowded room. Instead of potentially losing your message in a noisy room, your message is more likely to be received correctly, in a more direct message. When the amount of fibers gets streamlined, they are relaying more focused information directly to the region of the brain they need to target.

"This selective pruning process, which we called preferential detachment, preserves core properties of the brain network that are crucial for information processing and cognitive development," said Lim.

This process seems to occur earlier in females than in males and could explain why cognitively, women tend to be ahead of the curve in terms of maturity. The brains of females are further along in the reorganization process and, for at least a few years, may be working more efficiently than a male's.

So how different are men and women? Maturity is in the brain of the beholder — but because female brains get pruned faster than males ones, it takes a little longer to show up in men.

But aside from that, understanding how our brain wires itself is key to understanding how mental illnesses and conditions develop. By uncovering our brain's pruning system, this study takes us a bit closer to that goal. It also adds to the growing body of research that looks into gender differences when it comes to the brain. Since everything in the body is connected in some way, the next step would be for scientists to connect this difference to other effects around the body.

There may never be an acceptable excuse for why men typically find more humor in their own passing of gas and burping than women, but the science points to a difference in the way our brains develop. Who can argue with that?

This article was originally published on Feb. 24, 2015