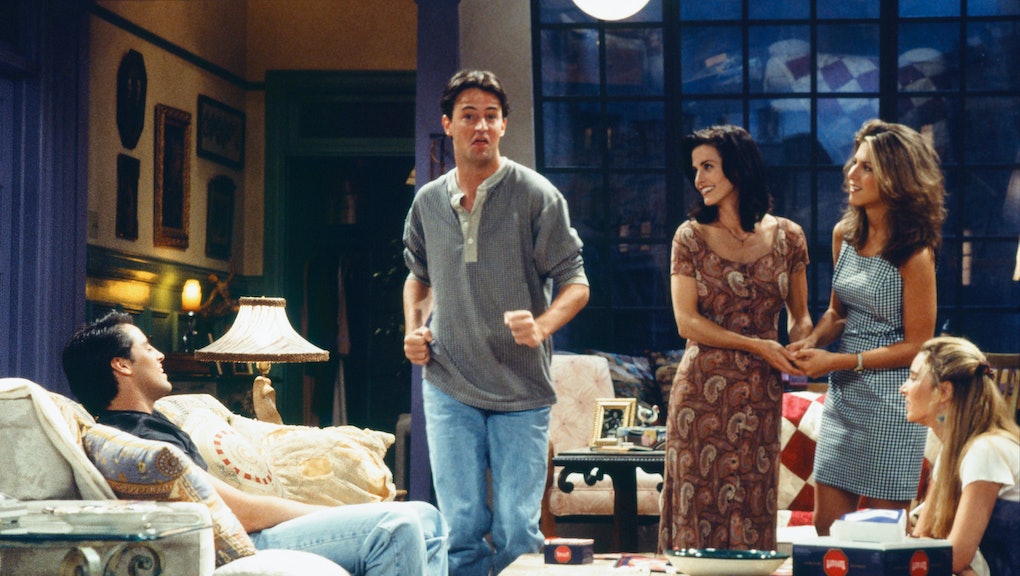 Are you a playful person?

A study found that when it comes to picking partners, one of the most desired qualities might be one we're overlooking. "Being playful" isn't a trait we name as often as "smart" and "funny" when describing our ideal S.O. — but it turns out being a laid-back, lighthearted playful person could be a real dating advantage.

Seeking someone not-so-serious: The study, published in the American Journal of Play, asked a sample of 327 students to rate a list of desired traits in potential partners. Friendliness, a sense of humor and intelligence and, perhaps surprisingly, playfulness topped the list for both men and women.

Playfulness even beat out good genes, having a college degree and being religious as things we look for in potential dates. The study defined playful daters as enjoying wordplay, improvisation and teasing (think: the kind-hearted, quip-spitting Chandler Bing).

"We should not only think of non-serious people who are laid-back but also think about those that are curious, like to explore new things, that enjoy playful interactions with others," René Proyer of the University of Zurich and co-author of the study told Mic.

The playful advantage: The participants saw playful people as great potential partners because they could envision what they'd bring to the table, like "surprising one's partner, eliciting and fostering positive emotions, reducing stress or relaxing tension," Proyer said. Plus, a playful person prefers complexity over simplicity and has a preference for unusual activities (aka memorable dates).

Relationship-building aside, whimsy turns out to be an attractive quality. The study suggests playfulness might be "one consequence of mate selection" because "playfulness in men signals nonaggressiveness to females" while "playfulness in women is a sign of youthfulness." In other words, we tend to be attracted to playful people because they seem like the most vital and approachable people in the room.

Plus, playfulness bodes well in today's dating world when we only have a few text exchanges to prove our dateability. Proyer said playfulness "allows people to frame or reframe everyday situations in a way such that they experience them as entertaining, or intellectually stimulating or personally interesting."

That's why they might be the best at crafting that perfect Tinder message — studies have shown how the most replied-to messages on online dating platforms are those that take a playful, unexpectedly humorous tone. With millennial relationships relying on text messages as a primary form of daily communication, it makes sense that those of us prone to verbal sparring and wordplay have the advantage.

What we really want: It's refreshing to see playfulness top the rote list of "musts" we usually see in profiles, like intelligence and attractiveness. And it's one that's closely aligned with perhaps the most sought after trait of all — a good sense of humor. Match.com's Singles in America survey found that 90% of men and a whopping 97% of women find a sense of humor just as important as physical attractiveness.

When it comes down to it, plenty of those people who want "a sense of humor" probably actually want a playful person. Playfulness not only helps in the dating world, as the study found, but can help someone achieve academic success, relieve stress, inspire work performance and aid overall well-being. A playful person is holding audience at the bar, they're the life of the party and they know just the right quip to make when you reach one of those inevitable rough patches in life.

Which might be exactly what we need in a dating world rife with online burnout, algorithm hacking, even Tinder robots. We keep making dating more complicated and treating it like a serious chore when in reality, a lot of us want something more laid-back. That what we're really looking for when we swipe is a lighthearted, playful person says a lot about how we want our romantic relationships to play out in real life, not just on paper.

In the end, what we're looking for is fun.