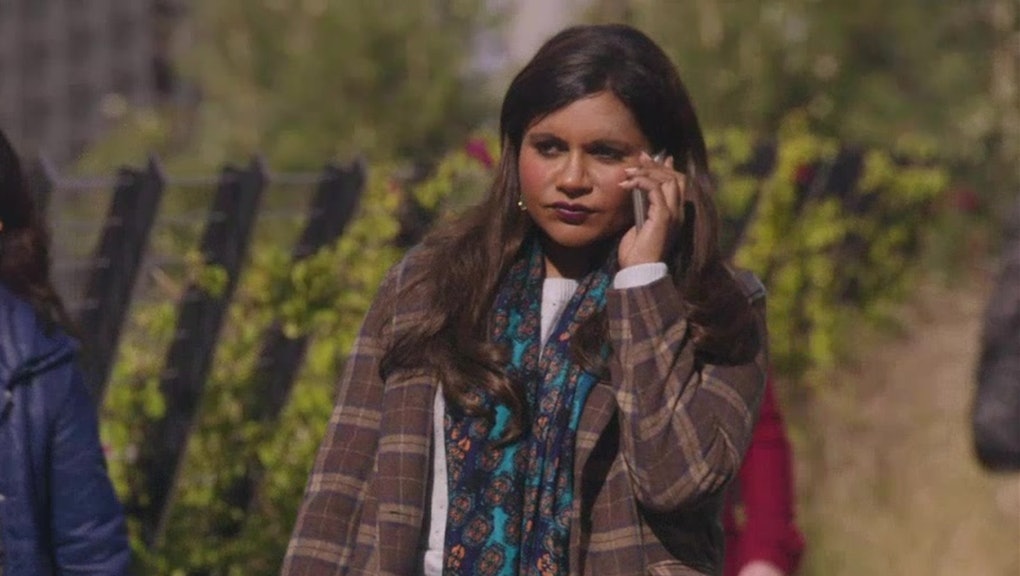 Leah, 25, from Arizona, was hesitant when she first began developing feelings for Stephen, a 22-year-old from Northern Ireland she met on the photo-sharing app Fling. Long-distance relationships are hard, she knew, and she worried that she would hold him back in his everyday life. But they decided to give it a try, and six months later, they're still going strong.

Online dating and tools like FaceTime and Skype, not to mention a tough job market that forces people to move more, have made long-distance relationships more common than ever. The U.S. Census Bureau estimates that 3.6 million married Americans are living apart (a 40% increase since 1999), and the former Center for the Study of Long Distance Relationships puts the number of college students in LDRs at 4.4 million.

For couples like Leah and Stephen, it can really work. "The biggest positive surprise has been that we have made this work for so long already," Leah told Mic, "and that I have discovered what love really is."

It sounds cheesy, but it's true: The challenges of LDRs end up revealing what really matters in a relationship, long-distance or otherwise. Here are the things you learn after living with your love hundreds of miles away.

1. Spending time pursuing your own interests is good for the relationship.

Less time spent hanging with your significant other creates more time to devote to your own life — and that's good for both of you. Laura, 18, from British Columbia, told Mic that she and her boyfriend of 10 months, who lives in Washington, are always supportive when one has plans with friends or isn't available to call for a couple of days. Rather than causing them to drift apart, leading their own lives has had a positive impact. "Otherwise, you dwell on the fact that you aren't together," she said.

Having separate lives also prevents couples from forming an unhealthy codependency. "The more independent the partners, and the more comfortable they are sharing and depending on each other, the better the relationship," Suzanne Phillips, a psychologist and professor at Long Island University, told Mic.

Plus, not feeling bitter at your S.O. for limiting you will make you happier with your partner. "Home alone with the cat? You're not going to feel so great," Phillips noted.

When you're living with someone or seeing them every day, minor annoyances — his constant mess, her penchant for eating the last of the cereal — can easily turn into fights. But couples in LDRs may discover that those "quirks" aren't worth the argument. When you have so little time together, quite frankly, who cares?

Ryan said he and Louise used to fight a bit when they lived together, but after spending so much time apart, they've learned to let the little things slide. "What's great to me about that this is that it doesn't just seem to be during the 'honeymoon' period when we first see each other again," he said. "Over the summer, I've come home for nearly four months, and at the end of that time we were still doing really well."

Research confirms that "letting go" is the healthiest response. In a 2011 study, couples who were found to recover more easily from conflicts reported higher relationship satisfaction.

3. You can't take your partner for granted.

Since they don't have the luxury of getting too used to each other, long-distance couples often have an edge when it comes to expressing their love for each other, said Phillips.

"There's a tendency not only to take each other for granted, but to not even make eye contact if you're living side by side. We compare them with long-distance folks, who are riveted on Skype," she told Mic. "Long-distance folks tend to affirm more, 'I miss you, I love you, I heard this story and I've been waiting to tell you.' That affirmation ... that's the thing that keeps the romance going."

Ryan and his girlfriend, Louise, both 24, are high school sweethearts who have both blogged about their Rhode Island-to-Michigan LDR of more than two years, and they say they make a point to communicate their commitment to each other. "Around once a week, I try to sincerely tell her that she means the world to me, that she's the best thing in my life, and that even though we don't get to spend much time together I still want to share my life with her," Ryan told Mic.

Different time zones and busy schedules can make it difficult to find the time to talk about even the highlights of the day, much less serious issues and concerns. So long-distance couples, perhaps more than anyone, understand that in order to maintain open and honest communication, both parties need to put in effort. In fact, a 2013 study found that since LDR couples "try harder than geographically close couples in communicating affection and intimacy," they actually grow closer.

"People love differently, and I think the most important thing is to voice if you're feeling disconnected," Anita Chlipala, a licensed marriage and family therapist from Chicago, told Mic.

Stephen told Mic that the only rule he and his S.O. ever made for themselves was to communicate honestly with each other, no matter what they're feeling. "It has been incredibly hard at times, but we always manage to make it work, and after talking about what is bothering us, we come out stronger," he said.

By getting a little creative (and exercising communication skills), long-distance couples can create a sex life that tides them over until the next visit. A Queen's University study of both local and long-distance couples found that the LDR pairs were actually better at communicating about sex, which in turn builds intimacy and relationship satisfaction.

Leenah, 20, from Florida, has spent about nine months apart from her boyfriend, who goes to school in Maine. She told Mic that while the distance was sexually frustrating at first, they learned to become more expressive about their desires, leading to a more satisfying sex life. "We often discuss fetishes, ideas, fantasies, and we like to go online and look at toys together so we can order them and use them when we see each other," she said. "Of course, phone sex and similar activities can't hurt."

6. The relationship won't last if you don't trust your partner.

Your girlfriend said she'd call by 2 p.m. and it's 3 p.m. now – are you relaxed or panicked? The ability to trust that she's just running late and not, say, having an affair with a co-worker is absolutely required when you simply aren't able to check on your partner's whereabouts all day, every day.

Before becoming long-distance, Leenah said she and her boyfriend would each grow paranoid if they weren't in contact 100% of the time. But the distance has taught them the importance of giving one another space. "We text a lot," she said, "[but] we are not paranoid if the other person doesn't immediately reply or if we take a while off from texting to be by ourselves."

Being overly suspicious of your partner can also drive them away. "If the connection is an interrogation rather than an update, we don't have anything great going on," Phillips said. "Negativity, mistrust, constant interrogation and bombardment with emails and texts is not love-making. It becomes work." Indeed, couples with high levels of trust have more staying power. Research by Northwestern University found that among couples who trusted each other, memories of past transgressions actually got "rosier" over time and mattered less.

7. Planning out your future is necessary, not scary.

How many times have we been warned not to ask where the relationship is going too soon? That thinking is truly misguided for LDRs, said Kelley O'Gorman, a couples therapist from Portland. "Before anybody takes off, what's most important is that they have the same expectations – talking about it, setting up boundaries and rules at first," she told Mic. "If you don't start out strong, you're probably not going to end up strong."

When couples have an "end date" for their time apart and clear guidelines for what they'll each need to feel secure in the relationship (Will one of you move in six months? Will FaceTime chats suffice for a year?) it eases anxiety. And if talks of the future freak you out, well, that's just as tellingly important.

8. Texting is OK, but actual talking is even better.

There's only so much an emoji can communicate. It takes a real phone call or video chat to have the in-depth conversations true intimacy requires.

"Even though technology has advanced, our neurology hasn't changed. We still need to see each other's eyes and expressions and hear each other's voices in order to feel emotionally connected," Claire Hatch, a marriage counselor from Washington, told Mic.

Interestingly, research has indicated that frequent texting  impacts women differently than men. Women were found to experience less relationship satisfaction when texting is used to apologize, settle disagreements and make decisions. Men, on the other hand, indicated lower relationship satisfaction when there was simply too much texting. The point: Texting doesn't work the same for everyone, meaning it can't replace the bonding intimacy of true, face-to-face communication.

9. Ultimately, distance doesn't predict the success of a relationship.

It's hard for friends and family (and even you) to feel optimistic about your long-distance relationship when the conventional wisdom says that LDRs just don't work. But growing research suggests that's simply not true. A 2013 study by City University of Hong Kong discovered that long-distance couples reported feeling emotionally closer to their partners than local couples did. "If being geographically apart is inevitable, people should not despair," said researcher Crystal Jiang.

It might not work for everyone. But Louise, for one, believes the distance has helped her become more compromising, less stubborn and more appreciative of Ryan's thoughtful nature. "Now, I don't feel the need to always fight about the little things. We can move past things and laugh more," she told Mic. "Distance really does make the heart grow fonder and smarter."