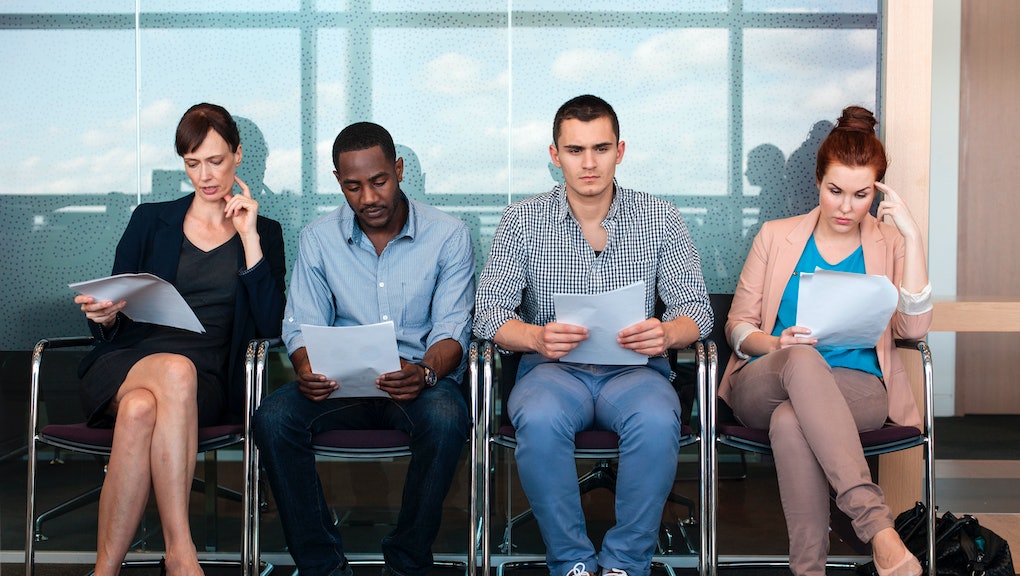 The effects of white privilege extend well beyond racial boundaries.

A new study from Villanova University found that white job interviewers viewed lighter-skinned blacks and Latinos as more intelligent than their darker-skinned counterparts. The study highlights the disturbing reality that the same biases that allow "white privilege" to flourish favor not only white people, but also those people of color who are in closer proximity to whiteness and white skin.

Such biases are part of a system of discrimination often referred to as "colorism," and the study makes clear that assumptions based on skin tone can affect measures of competency that ultimately translate into hiring decisions. Despite directly contributing to how people experience racial prejudice, the prevalence of colorism has largely gone missing from most mainstream conversations about how racism works in America. This is a major oversight.

This is a clear instance of colorism, and it is clearly a problem. Yet, as Hannon notes in the study, there is rarely any acknowledgment in broader discussions of racism of how colorism between racial groups originated, nor how it fits into a larger system of maintaining white privilege and power in society. On the contrary, conversations about colorism have largely remained within communities of color, and even when the issue does make the occasional appearance in mainstream news coverage, it is often framed simplistically as a form of internalized racism, rather than questioned as a broader social issue.

Colorism isn't only a concern for people of color, and is instead part of a social system that has roots deep in American history. In fact, the issue dates back as far as slavery, Hannon writes — a time in which lighter-skinned slaves were afforded "privileges" such as working within a owner's home, largely because they had more European features.

The issue persists today, as when people from within non-white racial groups appear to express a preference for lighter skin. Magazines that have featured women such as Mindy Kaling or Kerry Washington on their covers have sometimes earned backlash for allegedly using photo editing software to lighten these actresses' skin tones. The prevalence of skin-bleaching creams as a beauty tool for darker people of color throughout the United States, as well as other countries, further demonstrates colorism's reach.

Everyone's problem: The conversation about how skin tone affects individuals' racial biases shouldn't begin and end with interrogations of beauty standards, nor can it be dismissed as an issue that persists only within non-white racial groups.

In the study, Hannon cautions against ignoring the mechanisms by which colorism works, noting that there's "very little research" focused on white prejudices related to skin lightness and no sociological studies explicitly dedicated towards it. "Overall, the findings suggest that white prejudicial attitudes related to skin tone could create substantially unequal access to economic, social and cultural resources," Hannon writes.

If anything, the study's results confirm that the shade of someone's skin directly affects how they experience racial biases. It runs contrary to the idea that people of color are "too sensitive" or "paranoid" when discussing colorism, and instead gives the issue the attention it deserves.