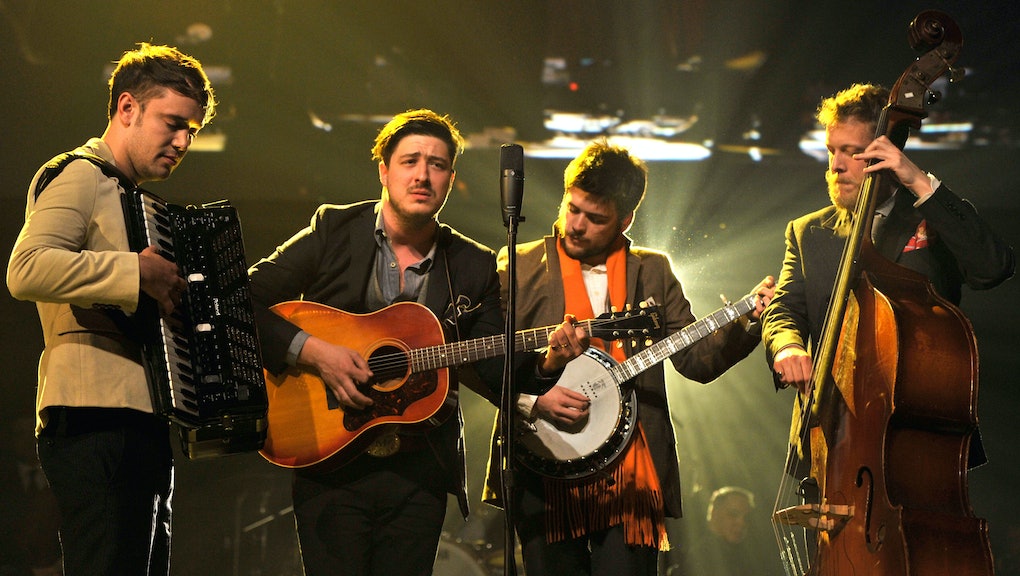 Mumford & Sons Are Finally Coming Back With a Brand New Record

It's been 17 months since the world has heard from Mumford & Sons, but on Monday morning, they revealed that they'll release a new album on May 4.

Wilder Mind will be the band's third album, and the first since 2012's Grammy-winning Babel. Mumford & Sons told Rolling Stone that Wilder Mind is a brand new sound, and might come as a surprise to fans.

"We felt that doing the same thing, or the same instrumentation again, just wasn't for us," frontman Marcus Mumford told Rolling Stone. Bassist Ted Dwane added, "None of us had really any interest in doing a sort of Babel 2. It was always going to be different."

Mumford & Sons have historically been mocked for their formulaic yet sincere sound. BuzzFeed, courtesy of Tumblr user riddlemehiddleston, helpfully pointed out that most of their older songs' climaxes are easily summarized with the following GIF from Road to El Dorado:

But times have changed. The new sound on Wilder Mind includes synths, electric guitars and drum machines. Mumford & Sons revealed to Rolling Stone that they've largely left out many of their signature instruments on the new album — including the banjo.

The band announced their new album this morning after a lengthy hiatus that started in September 2013. "There won't be any Mumford & Sons activities for the foreseeable future following Friday's show," keyboardist Ben Lovett told Rolling Stone on the heels of their last performance in September 2013.

As of Monday morning, the hiatus is fully over.