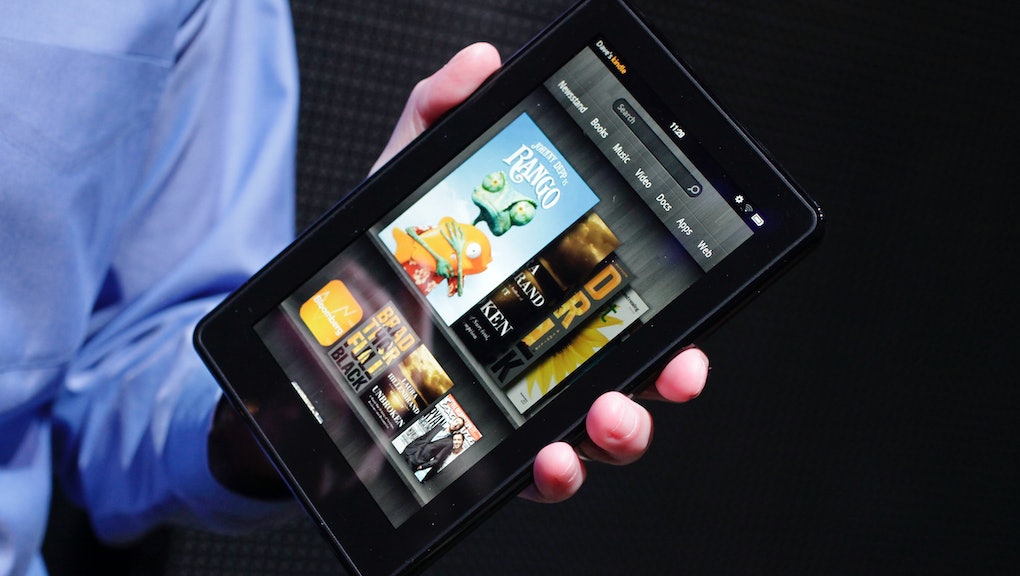 Continuing a recent trend, e-reader sales have continued to drop from their 2012 high — to the point of affecting overall revenue at major publishing houses, according to TechCrunch. Publishing giants Penguin Random House and Simon and Schuster shed an average 8.8% of their total profit in 2014, TechCrunch reports, and e-book sales at both houses are a big part of that loss.

It's the extension of a gradual pushback against e-readers: Whether it's bookworms at Mashable pointing out the future irrelevance of the platform or the Guardian declaring predictions of their death (a little) prematurely, e-books are no longer guaranteed to be the future of reading. But regardless of how close e-readers are to the grave, there's no doubt that they're headed the wrong direction — to the benefit of traditional hardback and paperback books.

As Mashable notes, Barnes & Noble's Nook took a massive sales hit in the 2014 fiscal year, and Amazon turned its efforts away from the Kindle e-reader and toward developing a smartphone. According to research Mashable cites, "e-reader sales will fall to as low as 7 million in the U.S. by the end of 2017, compared to a high of 25 million units in 2012."

Meanwhile, dead trees are big money: A Nielsen survey from the first half of 2014 shows that print books made up a greater percentage of sales than e-books — paperbacks at 42%, hardbacks at 25% and e-books at just 23%. In the U.K., Waterstones bookstores reported a 5% growth in print book sales and a sizable decrease in e-reader sales.

Though there will likely continue to be sales spurts for e-readers — especially around holiday gift-buying times, as GeekWire noted in December — this trend downward for e-books is likely to continue. As Mic noted in September, that's great news for those who love the printed word: Print books have been shown to lead to better comprehension and health for readers.

While it's understandable that publishers are worried about drops in e-book sales, they also have cause for celebration: These are signs that print is a valued resource for younger readers. 2015 is a time to make strides with blockbuster titles and buzzy authors. This is the publishing industry's chance to prove that print and digital can coexist — and that print books have a place in readers' hearts and hands.