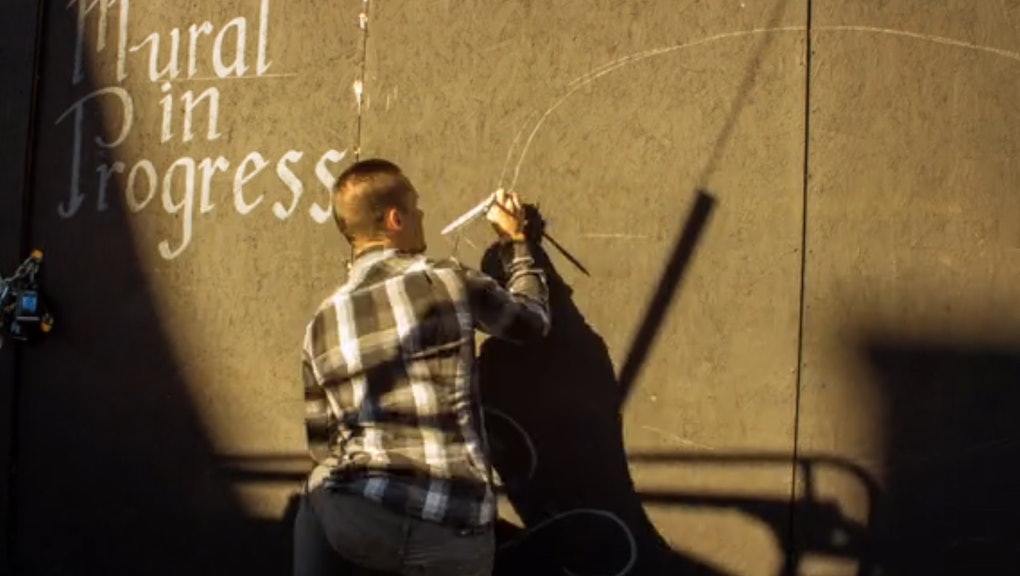 Here's What Happens When You Put Up Fliers Looking For Love

Think back to before Tinder, Grindr and Blendr were leaving your swiping thumbs sore. Meeting new dates meant bars, speed-date events and even asking people out in person (gasp).

That spirit of vulnerable openness isn't gone. Today, in the face of a cynical and disconnected dating world that's quickly swept up 1 out of 5 young singles, there are those who prefer to optimistically and publicly put themselves out there. One 26-year-old woman is doing it in quite possibly the most old-fashioned way — with a flyer.

Going analog: As reported by Refinery29, one woman in San Francisco borrowed from methods of the past when she started posting anonymous fliers around her neighborhood. The fliers, which included a link to her website and phone number, hid her identity and appearance. But they all focused on something she was "looking for" in love, whether it was a shared passion for New Orleans, a penchant phone calls or someone to curl beside at night. Unsurprisingly, phone calls flooded in taking her up on the offer.

"It's about what we're all looking for, in love or in life. So, every time someone reached out by phone call or text, or would ask me questions, I would engage with them and ask what they were looking for," she said in an interview with Refinery29.

Originally posting her call-outs on Tumblr, friend and graphic designer Matt Wyne created a mural that incorporated some of her favorite fliers. As passersby stumbled upon the mural, one stranger noted the approach seemed much more personal than online dating. "There's less ways to hide. People seem to create personas online, but I think it's more genuine to do this," he said in a video about the project.

"I feel like sometimes we're getting lost in between the personal connection. How is it that we're putting it up like this and missing the day-to-day interactions with people?" a female passerby asked. She has a point.

Old-school Tinder: The woman behind the Looking for Love project isn't the only single taking to their city's subway platforms and telephone poles to find their next date.

As BuzzFeed reported on Tuesday, one woman in New Zealand tried her hand at analog dating when, feeling drawn to a tattooed, blond man she spotted in the town of Picton, she posted a handwritten sign in the form of a missed connection in the hope it would bring her a real-life meeting with her dream man.

"I'm in town for one night only... But let's see how things go... On the off-chance you are single, remember who I am and would like to meet for a drink/coffee/walk. I'll be sitting on the grass, watching the sea from 1 to 1.30 p.m. onwards on Tuesday... Maybe you'll run past again?!?"

The people of Picton and local cruise line Beachcomber Fun Cruises rallied around the missed connection and, luckily, the mystery man saw one of their posts on social media. Showing up on the scheduled day, Will Scott Chalmers (the man in question) met up with Sarah, the sign poster. "It'd be really rude if I was the talk of the town and didn't show up," he reasoned in a radio interview with The Hits.

Spectacularly, embracing the "spirit of happy endings," and risking the courageous rom-com gesture might have been the very reason Sarah was able to meet up with Will. No dating app necessary.

Dan Perino, a 51-year-old New Yorker, also found luck putting himself out there in the most public of ways: through "wanted" fliers. Last fall, Perino hung tons of posters of his headshot with the simple tag "Looking for a Girlfriend." According to New York magazine, Perino has had sex 118 times as a direct result of the catchy flier. (Hey, it's not a loving girlfriend, but it's something.)

"At first I was just looking for a girlfriend. I didn't want to go to the bar scene or the nightclub scene to find one," he explains in an interview with Caters TV. The impact of the flyer was overwhelming. Why? Perino put it best on Twitter:

The old-fashioned approach has its appeal: It takes a lot of bravery to put ourselves out there in a dating world that ruthlessly favors game theory, younger faces and superior writing skills. But being vulnerable can pay off. If OkCupid founder Christian Rudder's statistical findings are correct — we like specific and unusual greetings best — then eye-catching fliers and posters seem increasingly appealing and, let's face it, charming.

They're not betting on a profile picture or a manufactured pickup line. They're not gaming an algorithm. Instead, those who post fliers and murals are betting on their openheartedness, candor and bold approach — all things, studies have pointed out, that actually matter when it comes to picking a mate.

This might not be a full-fledged movement yet, but these unorthodox approaches to finding love remind us that there is potential outside of our smartphones. Because in the haze of online dating, we can too easily lose sight of what we're looking for in the first place: a human connection.